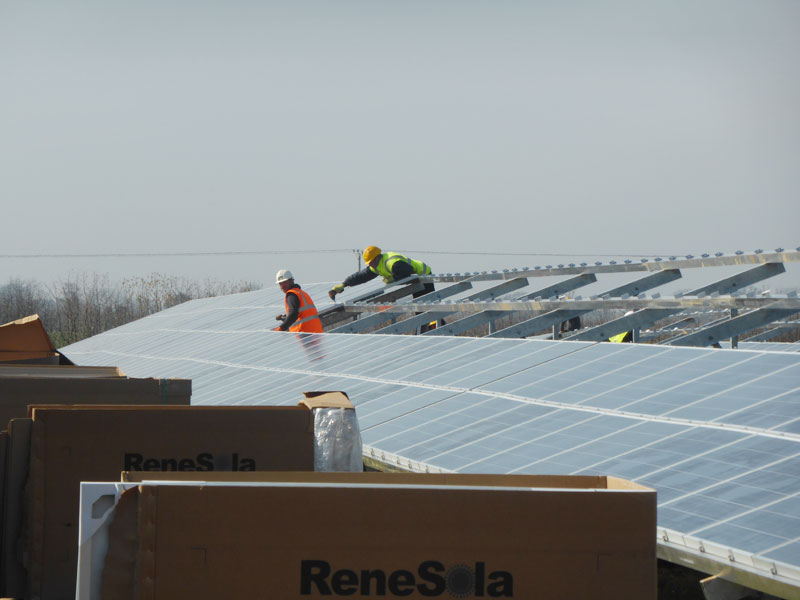 Developer INRG Solar is plotting a 120MW solar array near Scunthorpe, northern England, in what could be the country’s second proposed solar farm of “significant infrastructure” status.

And the project, which is expected to enter planning later this year, could also be developed alongside a 50MW battery storage facility.

INRG, headquartered in Hampshire in the south of England, intends to develop the solar-plus-storage farm on 220 hectares of land adjacent to the British Steel works near Broughton and Scunthorpe in Lincolnshire.

Describing plans at an “early stage”, the developer expects to submit formal plans to the Planning Inspectorate – as all projects over 50MW must do – this summer. Prior to the formal plans being revealed the developer is holding a number of community consultation events throughout January.

Dubbed Little Crow Solar Farm, it is the second 100MW+ project to be revealed in Britain following in the wake of Hive Energy and Wirsol’s Cleve Hill Solar Park planned for the Kent coastal region. Specific details surrounding Little Crow are scant, however it is planned for the project to connect to the local 132kVa electrical network that runs through the site. As with Cleve Hill, generation projects in the UK with over 50MW capacity are given Nationally Significant Infrastructure status. In some circumstances such projects can bypass some of the normal planning requirements at local level.

The proposed site is also just a stone’s throw from a 39.2MW site Kinetica Solar energised more than two years ago in collaboration with Tata Steel, which operated the nearby steel works. INRG has developed more than 300MW of utility-scale solar in the UK and Ian Gannon, director at the firm, said it was INRG’s ambition to deliver the first subsidy-free solar project at this scale.

“We are in the early stages of development and we are looking forward to meeting local residents and business’ so we can outline and discuss our proposals prior to the planning application being lodged later in 2018,” he said.