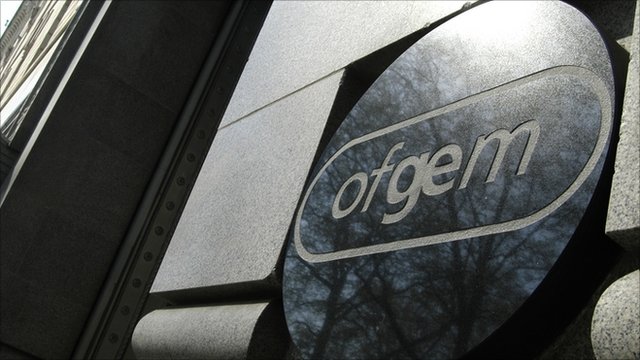 UK energy market regulator Ofgem has set out a proposal which would see fixed charges applied to all final demand network users irrespective of their ability to reduce their impact on the grid through generation or flexibility.

Ofgem’s preferred strategy for its Targeted Charging Review (TCR) published a 96-page document outlining its ‘minded-to’ positions last week. The regulator has also set out how it will bring an end to Embedded Benefits for smaller generators by removing Balancing Services Use of System (BSUoS) payments from suppliers.

The effect of the two will have a significant impact on the role of decentralised and flexible energy resources, as their use in avoiding or limiting peak energy use will no longer be rewarded through lower network costs for the asset owners.

As a result, the measures have already been pilloried by those from the renewables and decentralised energy sector as penalising those seeking to manage and reduce their electricity consumption, and could risk providers “walking away” from flexibility all together.

The TCR was launched to reform the residual network charges and some of the remaining Embedded Benefits over concerns that distortions were forming within the market. Ofgem has claimed the existing approach to reflecting the costs of the electricity networks in the charges people pay is becoming “increasingly problematic” as new technologies used to avoid conventional charges increase.

Residual charges are recovered from smaller users, such as households and small businesses, via per-unit consumption charges, and for larger users by a mix of per-unit consumption charges for distribution and peak demand charges for transmission, determined through a mechanism known as Triad. Triad is currently assessed based on average demand during the three highest half-hourly periods of demand during the British winter months each year and is in some ways comparable to peak demand management programmes for businesses in the US, although US C&I customers are usually billed based on peak demand each month.

This approach has resulted in a growing number of network users trying to reduce their consumption of electricity from the networks in anticipation of these periods, using on-site generation, demand side response (DSR) and storage instead.

Ofgem argues that while reducing their own costs, they are not reducing the total network costs and instead, those unable to reduce their demand in the same way are footing the bill for those more easily able to avoid paying residual charges.

The regulator is therefore proposing to reform transmission and distribution residual charges into fixed charges payable for each demand meter. Distribution fixed charges shall be set separately for each distribution network operator in order to account for the different residual charge requirements. These would be allocated into a number of different segments depending on voltage level, with a similar strategy to be used for recovering transmission residual revenues.

By its own admission, the plans would most heavily impact those under the current system working to reduce their exposure to residual charges, particularly those with solar or energy storage. Ofgem is aiming to create a charging regime whereby users will not be able to benefit from the network unless they contribute to these, with avoidance only possible via complete disconnection from the grid or reduction of the user’s agreed capacity level.

It deems the main consumer benefit will be from being able to recover Triad costs currently being avoided, which is also expected to have the effect of allowing gas CHP plants to become more competitive in capacity auctions.

While households could save around £2 a year from the proposed residual charges, commercial businesses of a range of sizes will see significant increases in costs, particularly those with on-site generation or Triad mitigation procedures – those that haven’t should pay less.

A quirk of the fixed charges option is that reductions in residual charges could be gained for those using more electricity via electric vehicle and heat pumps, as all single rate users will have the same fixed charge based on their class allocation.

“A vague promise of jam”

In the long-term, Ofgem says many of those facing an initial increase will benefit from the longer term savings from our proposed changes, although this has been questioned by the Association for Decentralised Energy (ADE).

Director Tim Rotheray said: “The ADE supports Ofgem’s commitment to ensuring charges are fair but removing benefits today on a vague promise of jam tomorrow isn’t fair and could end up costing all energy users more in the long-term.

“Imposing significant cost increases now on top of internationally uncompetitive power costs will hurt industrial competitiveness, is short-sighted and will lead to businesses walking away from providing flexibility full-stop.”

More broadly, he added that the measures fail to recognise the value of flexibility in controlling network maintenance and operating costs and in seeking a £2 saving for each household, Ofgem was risking higher long-term costs that could lead to higher bills for all energy consumers.

With the plans set to be implemented from April 2021, Rotheray said: “These major additional price increases, and increases that are to be implemented so quickly, risk souring the idea of a smart system for many – a loss of trust that won’t easily be rebuilt on nebulous promises of a future smart system where helping the system will be properly valued.”

The Solar Trade Association has also weighed in, remarking on Ofgem’s own admission that homes and businesses with solar would be hardest hit.

“We are naturally concerned that Ofgem’s own analysis shows that its approaches will particularly impact homes and businesses with solar power,” said chief executive Chris Hewett.

“The regulator’s preferred option, to move away from consumption-based to fixed charges means that the most profligate energy users will be rewarded, while those who take action to effectively manage and reduce their electricity consumption are penalised. Under this option the hardest-hit sector will be the thousands of forward-thinking businesses across Britain who invest in storage and on-site generation.”

However, Citizens Advice head of energy policy Gillian Cooper has said the proposals “should result in a more level playing field”, with most people “ultimately” benefiting from lower costs.

“This review and others are essential to developing a fairer energy system that is fit for the future,” she added.

As part of today’s proposals, Ofgem has also sought to finalise an end to the Embedded Benefits regime for small generators below 100MW and connected to the distribution network.

Charges are currently only levied on larger generators and suppliers, with demand charges to suppliers being levied on a ‘net’ basis at the point the transmission network meets the distribution network.

In some cases, suppliers effectively receive a discount on their charges for contracting with smaller embedded generators, the majority of which are passed onto these in the form of payments from suppliers.

With the rise of solar and other distributed energy resources in recent years, concerns have arisen over the impact these sites have on the local and national networks and the failure of the current charging regime to reflect this.

Ofgem has therefore proposed to reform the system In either April 2020 or 2021 by removing BSUoS payments by charging suppliers BSUoS using gross demand at grid supply points. Requirements for smaller embedded generators to pay charges faced by their larger counterparts will be also be implemented.

The Transmission Generation Residual (TGR) will also be set to zero rather than the current negative TGR which Ofgem believes directly increases costs for consumers.

Ofgem says these measures will reduce consumer costs by between £4.5-6 billion while only having a small impact on system costs (from a reduction of £0.11bn to an increase of £0.16bn).

However, the combination of proposals across residual charging and embedded benefits would drastically impact the business cases around flexibility and renewables generation at a time when solar in particular is seeking to transition towards a subsidy-free environment.

Hewett added: “We are concerned the regulator is taking a short-sighted approach and that the tremendous whole system value of flexible, low-carbon, onsite energy generation is not yet being reflected back to our innovators and risk-takers.”

The proposals do however leave open some potential benefits for non-exporting on-site generation compared to other forms of generation as this will continue to benefit from avoiding paying generation BSUoS, alongside avoidance of network and policy costs in general. It would also continue to receive benefits from helping to reduce demand BSUoS for the site on which it is located.

However, this may not remain the case as Ofgem has said it may seek to resolve this ‘distortion’ in the future.