While the average output (in megawatts) and capacity (in megawatt-hours) of grid-connected battery storage systems appear to be getting larger, with some recently completed and announced projects exceeding the hundred MW / MWh mark, there’s still a vital role to be played for smaller systems that showcase the multiple different configurations and applications for lithium-ion batteries.

Here are three battery energy storage system (BESS) projects from the US that may not individually make headlines for their relative size, but nonetheless prove the value and flexibility of batteries for the grid.

Electric utility companies are not just responsible for selling power, they’re also responsible in many areas for getting the power safely and reliably to their customers. However, in instances like the following, where populations and their demand for electricity are growing, utility networks can become congested and overloaded, constrained by the wires and power electronics installed years before that growth was anticipated.

Putting battery systems along utility transmission and distribution lines can be an effective alternative to building out new infrastructure. Batteries can be charged when the network is less busy and ideally when there’s plenty of renewable energy being generated and then discharged to help the utility meet demand when it peaks.

Orange and Rockland, a subsidiary of New York utility Con Edison, serving the Greater New York region, identified this use and issued a series of requests for proposals (RFPs) for so-called non-wires alternatives (also known as non-wires solutions) beginning in 2017. One such RFP was for distributed energy storage systems to ease the constraints caused by load growth at its Ladentown substation in Pomona and in the process allow Orange & Rockland to defer capital investment in infrastructure.

Utility-scale energy storage developer Key Capture Energy, headquartered in nearby Albany, has just completed and commissioned a 3MW battery storage system built in response to the RFP, having been selected by O&R to plan, design, install and then operate and maintain the system for five years. Energy storage systems technology provider Powin Energy supplied the battery system from cells to enclosures, inverters, transformers and software and controls.

The US$7.4 million project — considerably cheaper than the cost of building new utility wires and other infrastructure — connects to O&R’s overhead distribution lines and is designed so that as retail and wholesale energy markets open up the battery system can play into those opportunities too to earn revenues.

“We appreciate the visionary and innovative nature of O&R’s Distributed Energy Resources Program, under which this energy storage project was made possible, and greatly enjoyed collaborating with O&R’s ‘Utility of the Future’ group to bring the project to fruition in Rockland County,” Key Capture Energy CEO Jeff Bishop said. 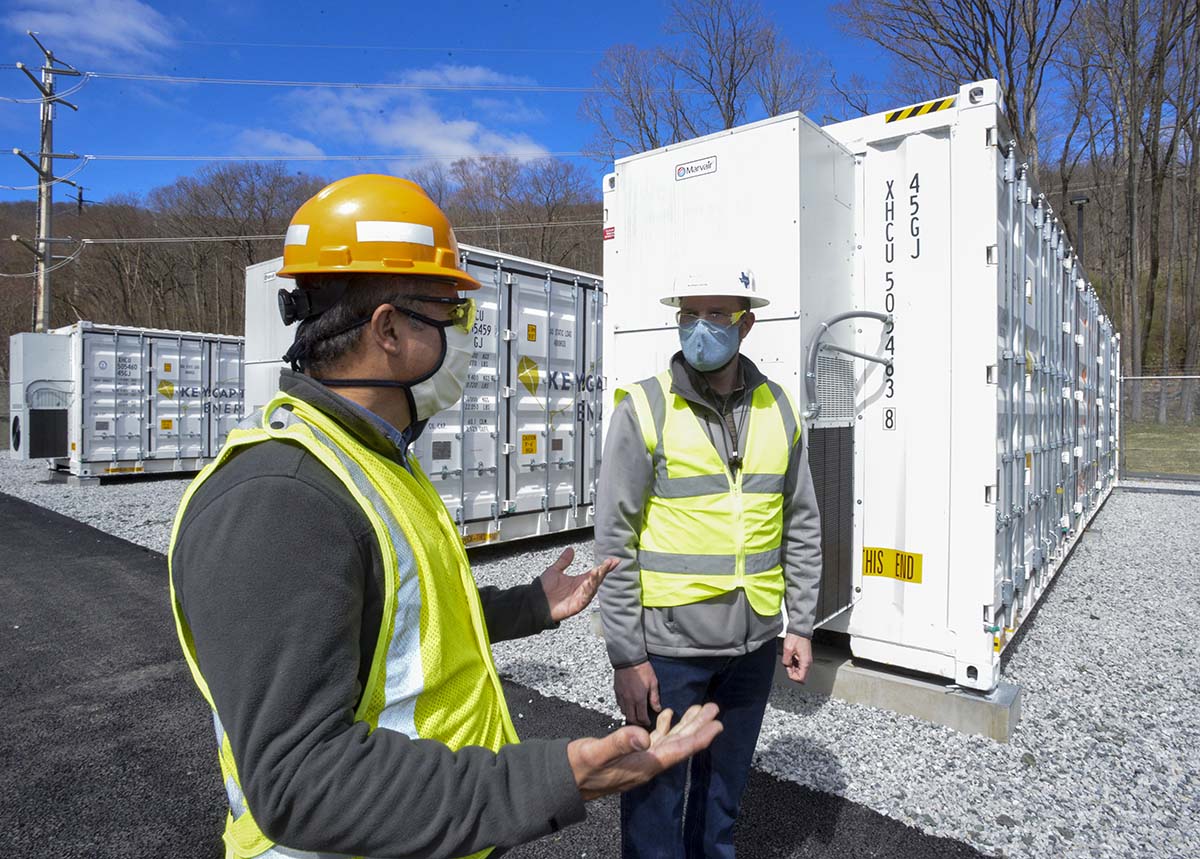 While most solar PV systems that are co-located with battery storage have in past been AC-coupled, requiring two separate inverters, one for the solar and one for the battery system, there has since about 2018 been a rise in the number of project developers and designers electing to go DC-coupled.

Reducing the balance of plant equipment and therefore costs required, DC-coupling also means that it’s no longer necessary to oversize the DC to AC ratio of a solar power plant to compensate for efficiency losses or generated electricity being ‘clipped’ during peak solar production hours. That way project owners and investors, not to mention utilities and their customers, can maximise the usable energy that comes from their solar facility.

In Massachusetts, the Solar Massachusetts Renewable Target (SMART) programme incentive has been designed not only to get 3.2GW of solar deployed but also to make the most of that clean energy. Battery storage can make the gap between times of high solar production and times of peak demand shorter. As such, the Massachusetts Department of Energy Resources (DOER) has recognised that the SMART programme should be designed to enable battery storage to add dispatchability to solar.

Also in place in Massachusetts is the Clean Peak Standard, requiring a certain percentage of utility load at peak times to be met with emissions-free electricity. During times of peak demand are when fossil fuel peaker plants, among the grid’s most polluting assets, are called into action, so again, dispatchable solar plants enabled by batteries are becoming vital. While the Clean Peak Standard began at a fairly low benchmark, the requirements become more strict over time, making solar-plus-storage a useful tool to meet it.

The system will meet the requirements of both the Clean Peak Standard and SMART and is scheduled to go online in Q4 2021. It will include Doosan GridTech’s energy management solution (EMS), pairing an onsite controls platform with remote cloud-based analysis and operation modules, built on open standard communication interfaces.

It’s not the first or largest DC-coupled solar-plus-storage system in the US by any means: Florida Power & Light announced one of the country's first large-scale examples back in 2018 and just a couple of weeks ago technology provider and integrator Wärtsilä said it will be delivering a DC-coupled solution including 40MW / 80MWh of battery storage to a 200MW Georgia solar power plant for RWE Renewables, but CS Energy and Doosan GridTech's project will be among the first to meet Massachusett’s policy-driven requirements and could be watched closely by other project developers in the region and beyond.

Our final example of versatile battery storage is in fact so versatile, it’s on wheels. In response to another utility request for proposal, Power Edison, a company which specialises in mobile — but stationary — battery storage systems, will deploy a 3MW / 12MWh system at an undisclosed location in the US.

Making battery storage mobile means designing easy to plug and play systems that can be used for multiple applications, but crucially can also be moved and redeployed elsewhere as and when they are no longer needed. Making them mobile means they could also be rented rather than sold and resold, lowering the capital expenditure cost to the customer.

In other words the needs of the grid can change over time and in order to prevent stationary energy storage becoming a stranded asset, Power Edison provides turnkey systems that it says are “modular, robust, reliable, flexible and cost-effective capacity resources” including batteries, inverters, switchgear, safety equipment and software and controls as well as their mobile transportation platforms.

While we have reported on a few examples of mobile battery storage around the world, including Aggreko’s storage-as-a-service rental model for off-grid industrial sites like mines, temporary units designed to be installed while grid infrastructure upgrade work takes place and even battery systems used to power outdoor music festivals and other events being used for frequency regulation by grid operator TeneT in the Netherlands, Power Edison’s project announced this week is thought to be the single largest.

Power Edison CEO Shihab Kuran told Energy-Storage.news that the utility’s RFP procurement process addressed a number of applications, primarily peak shaving and distribution upgrade deferral. Kuran explained that the mobile solution won out in the RFP because some of the grid stresses the utility is experiencing or is expecting to experience are “seasonal, temporary in nature or arise on short notice”. Once the issues are resolved on any set of constrained circuits, the assets can be relocated to other constrained circuits in the utility’s service area, the CEO said.

“The dynamic nature of the modern grid requires dynamic solutions. Rapid adoption of electric vehicles or distributed generation like solar are creating grid stresses that can be addressed prudently by batteries. Mobility is a cornerstone of turning batteries into dynamic solutions,” he said.