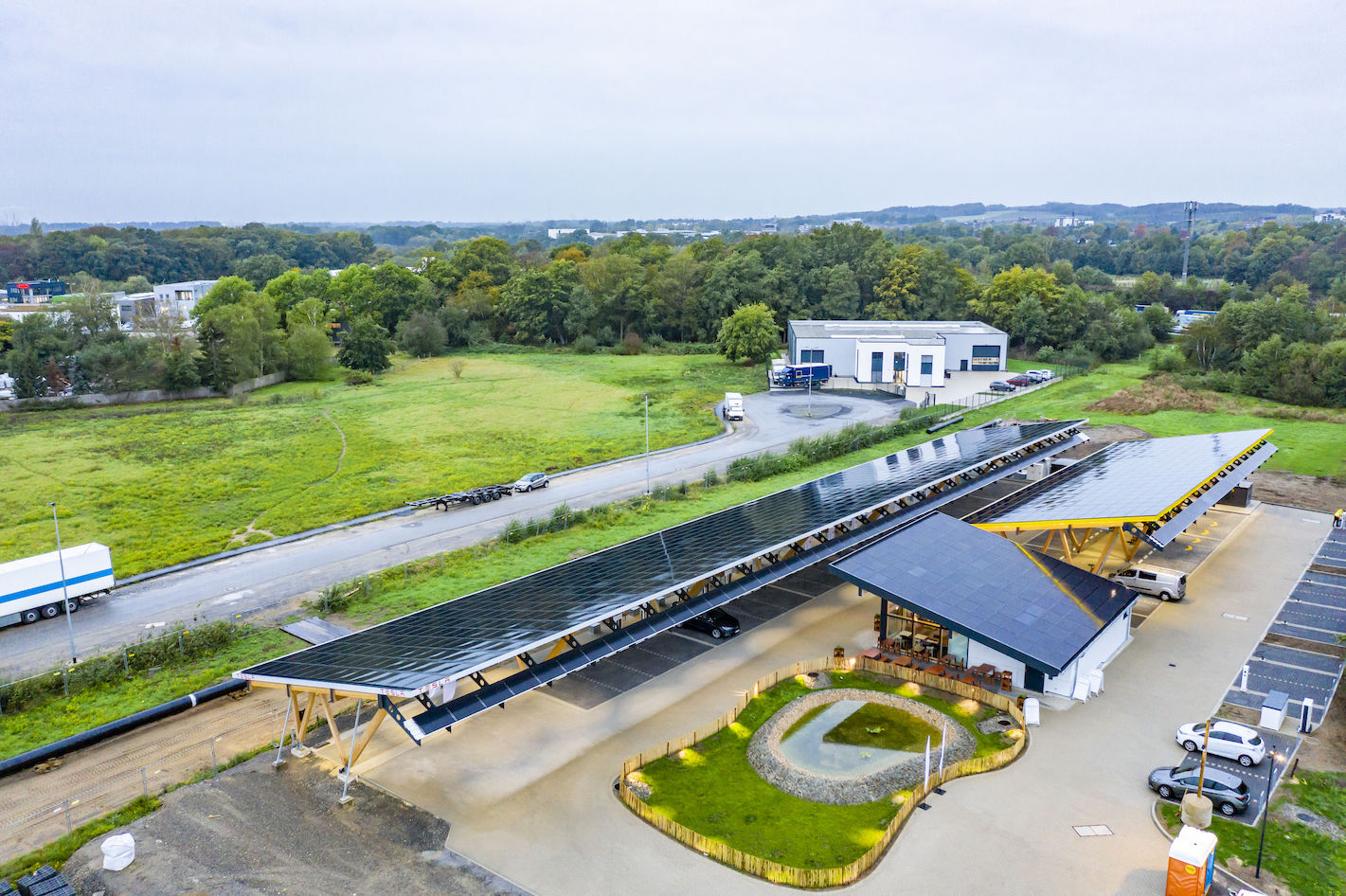 Seed & Greet, at Kreuz Hilden junction of Germany’s A3 and A46 motorways. The project was the brainchild of Roland Schüren, an organic baker who now also owns what could be Europe’s most innovative EV charging site. Image: Tesvolt.

What is currently thought to be Europe’s largest electric car charging station opened just before the weekend including a 2MWh battery energy storage system (BESS) supplied and integrated by Tesvolt.

Energy-Storage.news reported on the project in April this year as work progressed at “Seed & Greet”, a charging station in Germany with its own organic bakery onsite, as well as 114 charging points. These include 40 Tesla V3 Superchargers and 22 Fastned fast chargers. Around half of the total have already been deployed in time for Friday’s opening event.

“We are extremely proud to be part of this project with our storage systems,” co-founder and CTO of Tesvolt, Simon Schandert, said.

The vehicle chargers are all supplied with renewable electricity and the site uses Tesvolt’s 2MWh lithium-ion battery storage system to integrate power generated by 336kWp of solar PV and two wind turbines onsite. As well as the number of charging points on site, the solar capacity is also expected to be expanded in future.

The battery system also stores electricity from the grid at cheaper off-peak times – which is also from a high proportion of renewable sources – and taking power from the grid at these times of oversupply also helps out the network.

“Tesvolt storage systems can be fully charged and discharged rapidly, which is particularly important from a technical perspective for a charging park. In combination with our hourly purchase of energy on the German spot market, this is the perfect symbiosis for optimal management of self-generated energy,”  Gregor Hinz, an energy consultant who carried out technical planning for the project, said.

Hinz has predicted that the Tesvolt battery systems at the site, at a motorway junction in Wittenburg, will pay for themselves in just a few years. The project uses Tesvolt’s TPS flex storage container, which integrates intelligent battery control for optimal charging and discharge of battery cells, while also offering an expected service life of around 30 years. The company’s products run off Samsung SDI large-format prismatic nickel manganese cobalt oxide (NMC) battery cells.

“Seed & Greet is currently not only the largest, but is also the most innovative charging park. A sophisticated energy concept with heat recovery, rainwater and process water harvesting, the organic bakery and the wooden frame construction of the park, the planned vertical farming – all of this goes towards making Seed & Greet a flagship project,” Tesvolt’s Simon Schandert said.

Germany is currently in the middle of creating a new set of laws and policies around renewable energy – it has now been 20 years since the European country introduced its solar feed-in tariff and a new set of Renewable Energy Sources Act or EEG ('Erneuerbare-Energien- Gesetz') laws has been drafted. Early reactions have included some disappointment that the new laws do not appear to emphasise the value of, or support, the onsite self-consumption of renewable energy. Roland Schüren, master organic baker and owner of the Seed & Greet charge park, said that he hoped the new EEG laws would not “disrupt projects like this in the future”.

“Lots of people have approached me about their interest in setting up similar projects. If the EEG amendment places further restrictions on self-consumption, however, any such projects would be stifled. Not only do Germany and Europe need more e-mobility, they particularly need more e-mobility with electricity from renewable energies”. 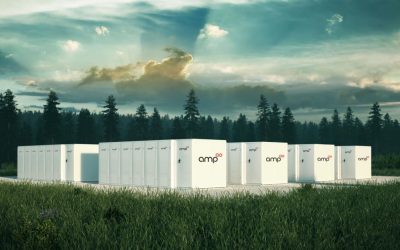