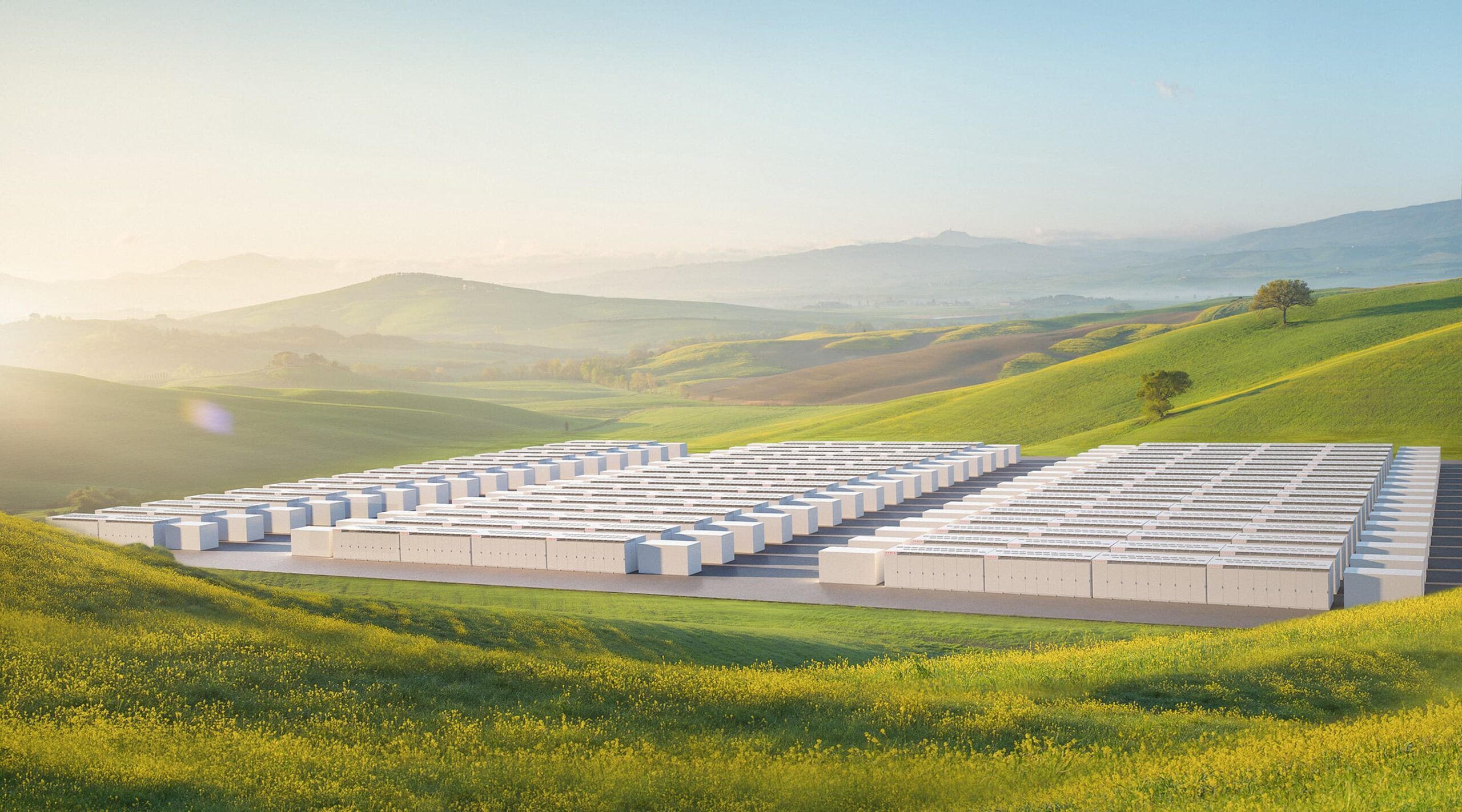 Tesla’s grid-scale Megapack 3MWh units were launched in mid-2019 and enjoyed their first quarter of profit in the period just passed. Image: Tesla.

Tesla CEO Elon Musk and fellow executives talked up the potential for Tesla Energy to reach “roughly the same size” as the company’s automotive business in an earnings call with analysts held yesterday.

As well as shedding light on a new Gigafactory for cars planned in Texas, Musk trailed the forthcoming Battery Day planned for September when a ‘big reveal’ of developments in battery tech and supply chains for the company is expected, while also shedding light on some strategy and dynamics of that side of the business.

The CEO said that the “real limitation on Tesla growth is cell production at affordable price,” and that this “fundamental scaling constraint” would be addressed on Battery Day, referring to pricing and logistics in every step of the supply chain as potential factors “that will set the growth rate”. Musk added that Tesla is likely to ramp up the scale of partnerships including existing ones already in place with battery makers Panasonic, CATL, LG and “possibly with others”.

“And there's a lot more to say on that front on Battery Day,” Musk said.

Meanwhile Tesla chief financial officer Zachary Kirkhorn said that a calendar year’s worth of profitable quarters had been achieved despite suspended operations at sites around the world due to the coronavirus pandemic having a “significant impact” to the company’s financials including site shutdowns.

Ahead of that phone call, Tesla has just released its latest quarterly financial update, revealing that Q2 2020 marked a fourth sequential profitable quarter for the Fremont, California-headquartered tech-auto-energy business. Margins of 5.4% for the quarter and just over 5% for the trailing year were achieved despite what appears to be a relative lack of success in the solar sector – our sister site PV Tech just reported that just 27MW of solar PV installations marks an all-time-low quarterly figure for Tesla.

Also contained in that PV Tech report however is an acknowledgement that energy storage deployment has rebounded strongly, reaching 419MW of installs for Q2 2020, slightly higher year-on-year than the same period in 2019 and a big improvement on Q1 2020’s 260MW of deployments.

Megapack production will be upped to meet demand

CFO Kirkhorn pointed out in the call that the company’s grid-scale energy storage product, Megapack, achieved its first profitable quarter, having been launched worldwide last year. The CFO also noted that Tesla remains “production constrained in this business and are continuing to work towards building additional capacity”.

In response to a question from retail investors on the earnings call about Tesla’s prospects in general, Musk said that he thought long term, the Tesla Energy business would grow to reach “roughly the same size” as Tesla Automotive, reiterating that the company’s mission is to accelerate the world’s transition to sustainable energy and that that relies on the growth of variable renewable energy sources like solar and wind.

Tesla Senior VP for powertrain and energy engineering Drew Baglino added that the “integrated rapidly deployable grid-tied storage battery of megawatt-hour scale” is enjoying a “lot of demand,” requiring Tesla to grow production rates “as fast as we can,” while also playing up the capabilities of the new ‘Autobidder’ energy trading platform that the company is rolling out.

“You can't plan power plants on the hourly scale in a renewable world. You need to optimise them on a minute-by-minute scale, and that's what we're doing,” Baglino said.

In terms of battery cells, Musk said that later this year, Tesla will have lithium iron phosphate (LFP) battery packs in Model 3 cars in China in volume production. Traditionally, nickel manganese cobalt (NMC) has been favoured for electric vehicles (EVs) due to the higher energy density that is usually achievable.

Musk said this switch to LFP for the Model 3 would free up NMC capacity for products like the Tesla Semi truck that may require that higher energy density. He also pointed out however that Tesla’s NMC cells already use “very little cobalt”, a resource which the company said in its sustainability report published earlier this year has often problematic supply chains that lack transparency.

Incidentally, Tesla’s battery partner in China, CATL, is so far one of the only global battery cell providers to have created large format lithium iron phosphate batteries specifically aimed at the stationary energy storage industry and ramped up for mass production. CATL already has a three-year master supply agreement for those cells with US-based energy storage system provider Powin Energy.