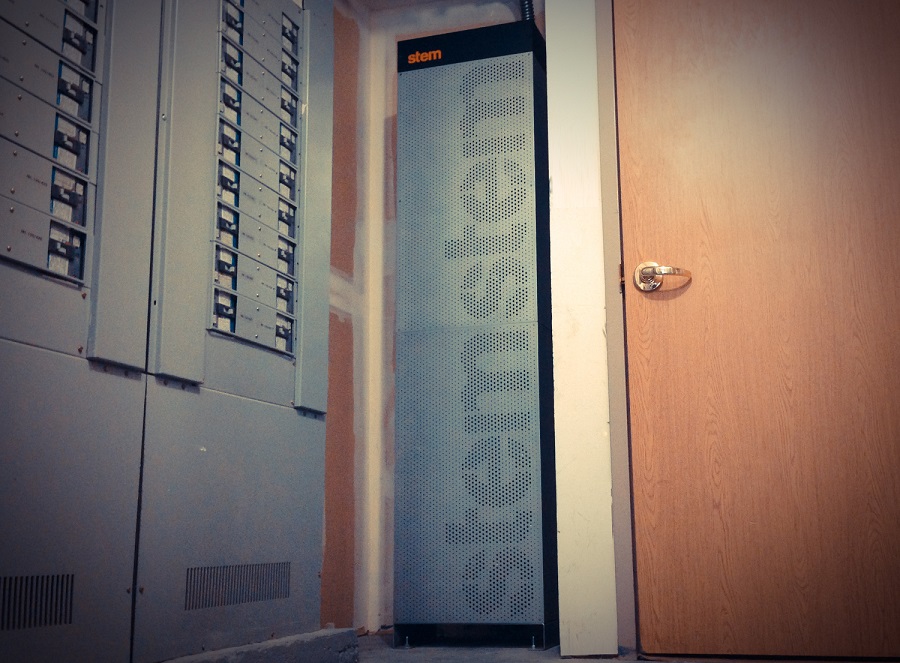 The company said last week that it has been contracted to operate 87 systems using its Athena advanced artificial intelligence software platform, including 25 at newly acquired customer sites, by SK E&S and SUSI Partners. SK E&S is a South Korea-headquartered power provider which has mostly focused on generating electricity from liquid natural gas (LNG) plants. Meanwhile Switzerland-headquartered sustainable infrastructure investment manager SUSI Partners is likely a familiar name to readers of this site for its energy storage activities in key markets including Ontario, Canada. In April 2019, Energy-Storage.news reported that SUSI Partners had acquired a 50% stake in a 340MWh portfolio of California commercial and municipal energy storage projects developed by Advanced Microgrid Solutions from owner Macquarie. This site has made enquiries as to whether this deal, which at the time was cited as 60MW/340MWh across 90 projects, refers to the same portfolio Stem will now be managing.

SK E&S is latterly rolling out a clean energy business, including solar power and fuel cell technology. SK E&S senior vice-president Daejin Choi said that Stem Inc had been evaluated alongside other companies in a “highly competitive RFP process” and “stood out”.

“We were extremely impressed with the company's technical and operational capabilities as well as the superiority of its software and services solution,” SK E&S VP Daejin Choi said.

The multinational pair are partners in owning the 345MWh energy storage portfolio in LA, which all sits in the service area of investor-owned utility (IOU) Southern California Edison (SCE). SCE is one of three major IOUs in California and was therefore bound by mandate AB2514 to procure a large amount of energy storage by the start of this decade, which in many ways kickstarted the ongoing mainstreaming of energy storage.

Stem Inc’s Athena software platform will provide the real-time decision making and controls that both optimise the operation of the battery energy storage systems themselves while also providing controllable energy capacity to the local utility.

The company said that the platform will enable the 87 systems to be “seamlessly” brought onboard as well as bringing the asset owning partners and their customers new revenue streams from their use. Stem CEO John Carrington said that with this deal, the Milibrae, California-headquartered energy storage solutions provider surpasses the total of 1,000 systems in its operating portfolio.

A whitepaper produced by Stem about Athena highlights that it is a “grand misconception” for operations managers, energy managers and developers to focus solely or primarily on the energy storage hardware they will choose for their projects.

“While the quality of batteries and power converters is important for reliability, longevity and safety reasons, our customers find they have multiple choices of battery hardware providers,” the whitepaper, ‘Artificial Intelligence for energy storage: How Athen works,’ reads.

“However, the value of energy storage is not derived exclusively from batteries – the largest single value differentiator between energy storage systems is the software controls operating the system.”

While many energy technologies including solar PV and energy efficiency upgrades are “passive”, energy storage is a “dynamic, flexible asset” which requires precise scheduling to best deliver value.

Stem claimed that its platform has been developed as a set of “savvy software controls” that can deal with complex datasets that include utility rate structures, weather forecasts, price signals and rules for market participation and then balance those against onsite energy demands and the available grid power, predict how real-time signals can be responded to and to optimise the flexibility of the battery asset itself to deliver value from serving multiple applications.

Stem Inc has deployed the majority of its own systems under management in North America, including offering no-money-down commercial and industrial (C&I) energy storage in Ontario after opening an office there in late 2018. The company had also recently formed a partnership with NEC Corporation's Energy Solutions subsidiary with a view to rolling out solar-plus-storage across the US, with Stem focused on the West Coast thus far and NEC ES based in Massachusetts and deploying the majority of its systems on the East Coast. That said, Stem Inc had separately said it was developing a 28.2MWh portfolio of energy storage in Massachusetts in the middle of 2019, prior to that deal being announced. Then, last week, NEC was reported by Bloomberg last week to be exiting the energy storage business and winding down the activities of the Energy Solutions division.