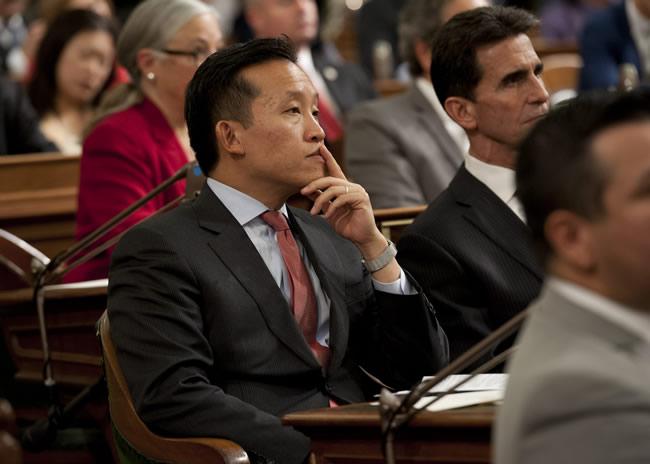 Assembly Bill 546 (AB 546) was authored by Democrat David Chiu, representing the 17th Assembly District of California, which includes the eastern half of San Francisco. The bill, which seeks to streamline permitting processes by, among other things, allowing for online forms to be submitted for approval, passed the Assembly floor successfully on 7 September. It now awaits the attention of the California Governor, climate hawk Jerry Brown.

Chiu was also behind a previous bill, AB 1236, that in 2015 helped streamline and make uniform the permitting processes for electric vehicle (EV) chargers in California. Chiu’s office said that AB 546 builds on the success of the EV bill and was “encouraging” the state’s Office of Planning and Research to develop guidance for energy storage developers and investors that draws on existing best practices.

The bill would also make it mandatory for local governments to accept permitting documents electronically via the internet and create uniform standards for submissions that hold true in multiple jurisdictions.

“As California becomes increasingly reliant on intermittent renewable energy resources, it will need options to allow it to manage fluctuations in electric supply and demand,” a statement released by David Chiu’s office said.

“Energy storage is a major part of that solution. Energy storage allows customers to use power when it is the cheapest and most plentiful and creates resource stability for grid operators.”

Cities or counties with populations over 200,000 people would have to make forms available online by 30 September 2018, while smaller cities or counties would have until 30 January 2019 to “make all documentation and forms associated with the permitting of advanced energy storage, as defined, available on a publicly accessible Internet Web site, as specified,” the bill’s text reads.

Stem, a provider of ‘intelligent’ commercial energy storage systems that cut business customers’ bills by reducing their peak demand charges while raising revenues by providing grid services from those same systems, got in touch with Energy-Storage.News to praise Chiu’s bill.

“With the increasing attractiveness of intelligent energy storage to customer, utility, and grid operator needs, cities and counties will need a consistent, ‘best practices’ approach in reviewing thousands of permit applications over the next few years. The storage industry is fortunate to have strong leaders like Assemblymember Chiu who can see ways to smooth the path for climate solving technologies to deploy at lower cost without sacrificing important safety reviews.”

California is by most measures the US’ most-advanced market for energy storage. Customer incentives like the SGIP (Self-generation incentive program) are aligned with the mandates given to investor-owned utilities (IOUs) in the state to procure large amounts of energy storage on their networks. Although a recent Senate Bill that would have created a rebate programme for customer purchases of energy storage systems in the state failed to go through, industry commentators and experts have said that energy storage technologies have a “bright future” ahead in California.

Stem said that to date, it had found that California’s various jurisdictions have “diverse” permitting processes, with a “wide range of permit fees”, requiring developers to go back-and-forth providing materials in person and often spending extra time getting approvals for what can sometimes be quite minor revisions to plans.

Between the reduction in permitting time and red tape and the development of a best practice standard by the California Office of Planning and Research which could “centrally educate cities and counties on the most recent storage-related codes and standards,” Stem estimated that it could reduce permitting costs associated with customer-sited energy storage by half.

“We find that when a city or county gains experience with storage permitting, it gradually reduces the currently disparate and confusing processes to only the most relevant steps and fees; putting documents and steps online similarly speeds the process and cuts unnecessary costs,” a Stem spokesman said.

The company also said it believed California’s experiences if successful could be replicated across the country, with many states and territories likely to be facing “similar learning curves”.