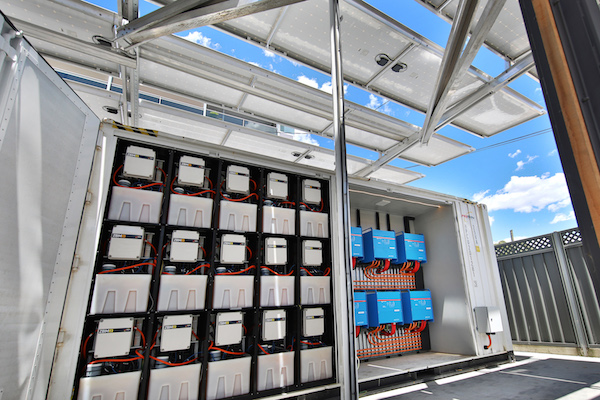 Following announcements from various manufacturers of deployments and partnerships in new territories, the latest wave of flow battery news includes an agreement that could put batteries in space for mission critical applications at the likes of NASA and the International Space Station.

Flow batteries are made with a variety of electrolyte materials stored in tanks, offering a possibility to cost effectively store more than eight hours of electricity and go through thousands of charging cycles without degradation. To scale up the size of a system and therefore the amount of energy stored, the size of the tanks used simply needs to be scaled up.

Nickel-zinc flow battery manufacturer ZAF emailed Energy-Storage.news this week to say that through a strategic partnership with aerospace propulsion company Aerojet Rocketdyne, it is working on an energy storage system for space.

“Most recently, we designed, built, and tested an integrated BMS for the International Space Station that was delivered in January 2018. With this new ZAF agreement, we’re expanding our power systems portfolio,” Aerojet Rocketdyne systems CEO Eileen Drake said.

ZAF’s president Randy Moore said that nickel-zinc batteries make an ideal replacement for lead acid systems, offering improvements in performance, weight and life-cycle measurements. The new systems combine ZAF batteries with Aerojet’s battery management system (BMS). ZAF’s devices do not need a BMS for cell balancing and for safety while charging, but the BMS does offer the chance to control the battery smartly, extending battery life and enhancing reliability, the company claims.

It’s an interesting circular development, with flow battery technology having first emerged from NASA laboratories some decades ago and fallen out of use by the agency until a handful of private companies picked up the idea for commercialisation.

Following on, Australian flow battery company Redflow, this time using zinc bromine electrolytes, not nickel and zinc, has announced a raft of deals with distributors and partners in new territories. The company recently blogged for Energy-Storage.news about a project to bring reliable electricity to rural Thailand.

The first customer Soul Energy is looking to serve with Redflow redox flow systems could order as many as 200 batteries, with an initial order possible in June this year. Redflow, which is listed on the Australian Stock Exchange, has been working with Soul Energy to develop a standardized solution based on Redflow ZBM2 zinc-bromine devices.

Redflow has already done projects with telecoms companies, including two other deals in South Africa so far.

“We’re very excited that one of Africa’s leading mobile operators is now looking at how to deploy Redflow’s ZBM2 batteries at their existing sites rather than just new towers,” Redflow CEO Tim Harris said.

“Our batteries have clearly demonstrated performance and cost savings benefits when compared with diesel-powered generators for backup power at off-grid sites. Our batteries can also help grid-connected towers in areas with unreliable power supply.”

The Qinghai Smart Grid project meanwhile includes 1MWh of energy storage, 66kW solar PV carport, 18 EV fast charger points and a smart energy management system. IT should allow Haidong Transportation Group to charge EVs with renewable energy and lowest price energy from the grid. Redflow and ZBest Power will be looking to develop a large-scale system solution from working together on the project. A while back, Redflow did make a larger-scale, utility solution available, simply by stacking up numerous ZBM units.

Finally, ESS Inc has delivered one of its all-iron flow batteries to US Marine Corps Base Camp Pendleton in San Diego, California for a solar-plus-storage microgrid. An ESS Inc Energy Warehouse 50kW / 400kWh long duration battery provides up to eight hours of storage in combination with a CleanSpark microgrid controller.

“The Camp will especially benefit from our battery’s solar-plus-storage capabilities, which enable the microgrid to store excess solar energy for later use during times of peak electricity demand,” ESS Inc’s CEO Craig Evans said.

Not to be outdone in the announcement stakes, ESS Inc also revealed this week that is has joined Power Africa, the US government’s initiative to bring energy access to the continent. ESS is Power Africa’s first flow battery partner, and is “has committed to deploying its long-duration energy storage solutions for microgrid and utility-scale projects throughout the continent,” through the programme, which is coordinated by the U.S. Agency for International Development (USAID). ESS Inc previously claimed a battery industry world first when insurer Munich Re has launched what it claims is the world’s first long-term insurance plan for battery performance, with ESS as its first customer.

The latest wave of announcements comes as flow battery providers fight to commercialise their technologies. PV Tech Power featured an in-depth look at the strategies of four providers in a recent feature article, while this site reported earlier this month of partnerships to take flow batteries into Australia and Saudi Arabia. 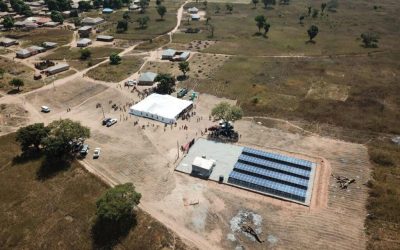