Sonnen seeks to work with US utilities, not replace them 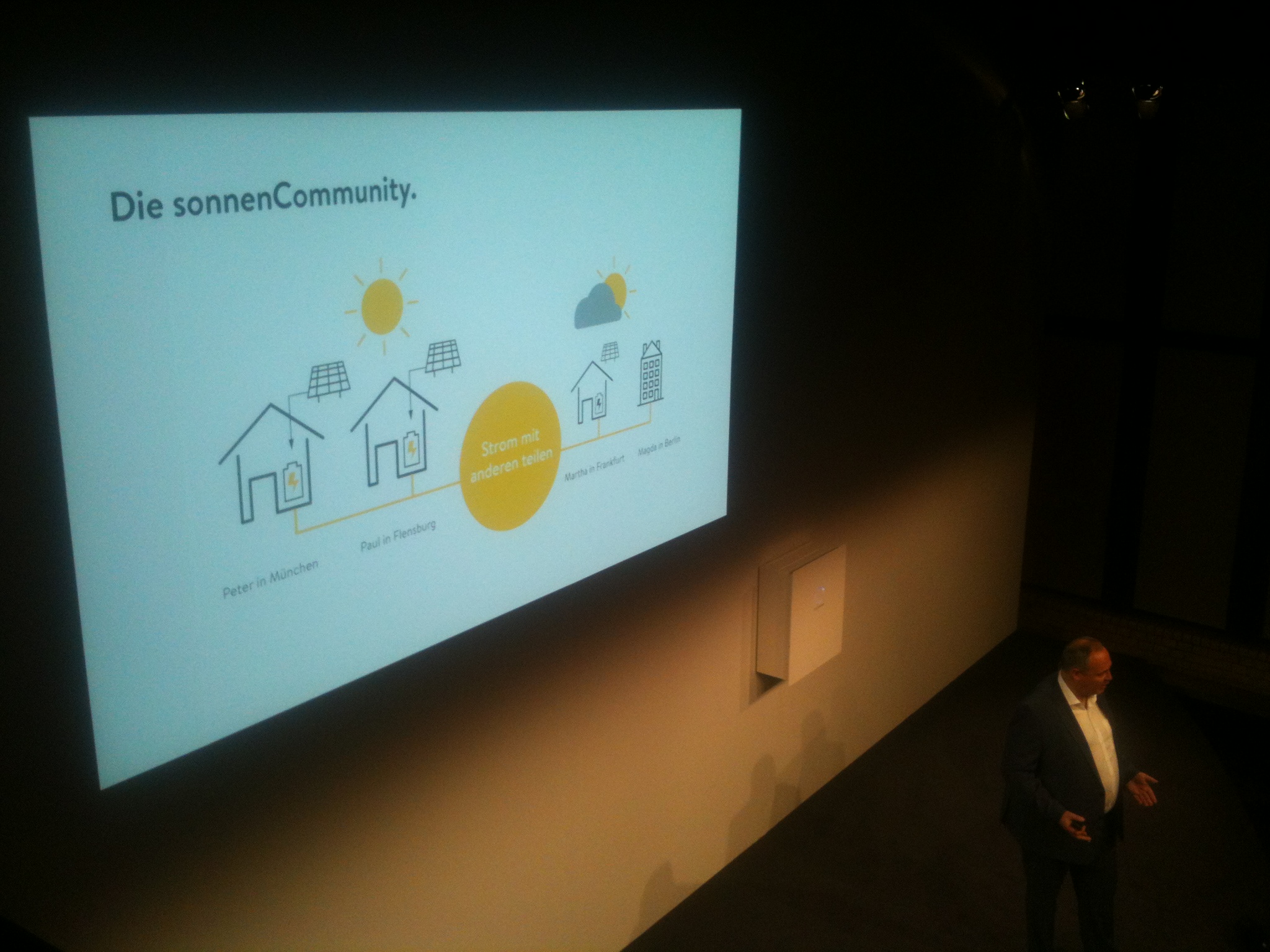 In its home territory of Germany, energy storage provider Sonnen is making a play to replace utilities, but its business models in the US will instead emphasise cooperation with existing energy suppliers.

Earlier this month, Sonnen, formerly known as SonnenBatterie, said that it will install rooftop PV and Sonnen’s battery energy storage systems at a new development of 3,000 homes, in partnership with US home builder and town planner Mandalay Homes. The development, in Prescott Valley, Arizona, is intended to allow residents to self-consume onsite solar-generated power, which Sonnen says will give the community “very low” power bills “from the outset”.

What makes the multiple-dwelling deployment particularly interesting is that the Prescott Valley residents will be able to share the energy stored in their batteries, trading out their own surpluses and benefitting from the surpluses of others when needed. Essentially, the 3,000 household systems aggregated together will form a “virtual power plant” resource with a 23MWh capacity for an output of 11.6MW. At peak production times such as mornings, when solar energy is abundant, the lithium batteries will store energy and then feed it back into the grid when production drops and demand rises.

This is the first time Sonnen has brought its SonnenCommunity concept to markets outside of Germany – and latterly, Australia. When SonnenCommunity was first launched in the former, in December 2015, Sonnen managing director Philipp Schröder explained that SonnenCommunity takes power produced by PV panels and “pools it in a virtual pool”.

“We know in real-time if there is excess capacity and excess demand so we don’t have to wait for a year or half a year which is the usual billing process of a utility,” Schröder said.

“We have intelligent smart meters that are connecting these devices in real-time.”

However, while in Germany SonnenCommunity can be offered around the country on a subscription basis, even for people who do not have a SonnenBatterie or even rooftop PV, paying a monthly fee for electricity guaranteed to be at a lower price than power from major utilities, as Philipp Schröder told Energy-Storage.News, the ‘launch’ in the US is very different.

“In Germany, the SonnenCommunity is available countrywide. Every SonnenBatterie owner can join our energy sharing platform and use one of several sonnen tariffs like our sonnenFlat (paying a flat rate for power while Sonnen aggregates household batteries to provide grid services). So in Germany homeowners can actually replace their traditional utility using the renewable energy created by other sonnenCommunity members. Alternatively they can provide various grid services like frequency regulation or redispatch,” Philipp Schröder said.

“Given the unique regulatory and market conditions in the US, the technology for the SonnenCommunity in Arizona will be different from our German implementation.”

Deploying batteries in a single “master planned housing development”, Sonnen will be “partnering with utilities in the US, not offering a replacement for them,” Schröder said.

For the local utility, APS (Arizona Public Service), the batteries will be used to help with load shifting and reducing peak time use of grid energy. This was all made possible by a special APS rate, the R-Tech rate tariff, which lowers electric bills for consumers who are able to avoid drawing energy from the grid at times of peak demand.

While that makes it sound as though regulatory issues were something of a barrier to Sonnen’s rollout of the community trading concept in the US, Schröder said that dealing directly with Mandalay Homes on planning and with input from APS made the process smoother, especially since the utility was being offered a useful service.

“In short, the 'secret sauce' required to make the community a reality now, instead 5-years from now, is that we decided to lock in the contract to build the community, alongside the most innovative home builder and developer in the country, without a Utility contract. It is the home builder's right to build a self-sufficient clean energy home, utilising an existing rate structure. And that's that,” Sonnen’s Schröder said.

As with previous deals between PV and energy storage companies and homebuilders, such as SunPower’s deals with various US players and Solar Frontier’s with counterparts in Japan, the rise of net zero-energy housing is a “key focus”, Schröder said. While adding solar-plus-storage can increase the resiliency of communities and their grids, “concentrated” and planned housing developments using SonnenCommunity could also be a good way to scale up the deployment of rooftop PV and provide larger scale grid services, creating “true clean energy communities”.

Finally, according to Schröder, the key technical difference between the Germany-wide SonnenCommunity concept and the US rollout is that while in Germany aggregated energy storage is used for frequency regulation services and to redispatch surplus energy across the country to where it is needed, in Arizona, it is more about solar load-shifting.

“The US electricity grid is highly complex and nuanced and requires a unique approach to the VPP concept. As an example, the combined storage capacity of the community in Prescott Valley will be used used for load shifting twice a day, primarily to relieve grid stress caused by excess mid-day solar generation and secondarily to store excess base load energy generated in the late night hours that would otherwise go unused in the immediate location of the community,” Philipp Schröder said.