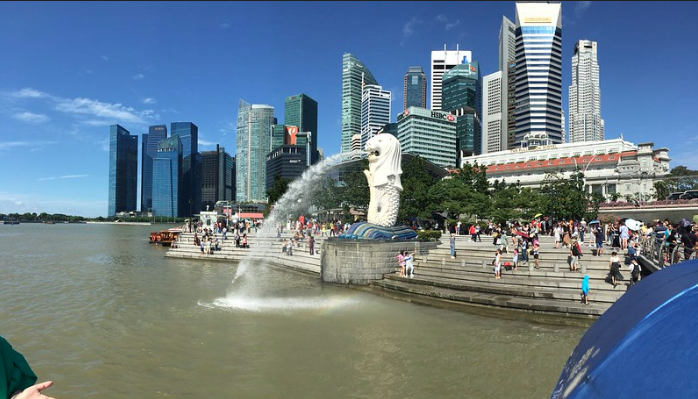 Singapore is heavily reliant on natural gas but seeks to diversify through solar and storage. Image credit: Flickr/Keith.Fulton

Singapore has targeted 200MW of energy storage beyond 2025 and 2GW of solar by 2030, but will continue to rely on natural gas for the next 50 years, according to a government official.

This morning, minister for Trade and Industry Chan Chun Sing spoke about the country’s energy focus over the next five decades at the opening of the Singapore International Energy Week. The island nation currently obtains 95% of its electricity supply from natural gas delivered through pipelines from neighbouring counties and global supplies of Liquified Natural Gas (LNG) through its ports. While Chun Sing aimed to diversify this gas supply, he also put forward a vision for alternative energy supply.

The goal of 200MW of energy storage beyond 2025 comes under a vision of having a network of energy storage solutions across the entire island to manage the stability and resilience of the grid, as well as offering peak shaving services.

Chun Sing said: “if we can do that well, I believe that the solutions will not only benefit Singapore but will also benefit many other countries beyond Singapore. Today, in order to cater to peak demand, most countries have to spend a lot to build the infrastructure just for that few hours of the day. So energy storage solutions are something that we would certainly like to develop further, with our partners both in the private sector and in other countries.”

The energy storage vision is partly driven by the expected push for solar energy installations in the coming years. Lacking in geothermal, wind and tidal resources, Singapore’s future clean energy plans rest largely on solar power, despite having overcast skies for roughly 80% of the time due to its tropical climate.

The 2GW of PV by 2030 goal – described by Chun Sing as a “stretch target” – would account for the equivalent of 10% of Singapore’s peak daily electricity demand today. It would require collaboration between the public and private sectors as well as breakthroughs in solar module efficiencies and vertical solar installations, given that Singapore lacks available land and relies heavily on rooftop-based solar deployment.

“We will make every surface count,” the minister added. “If tomorrow, the efficiency of the solar panel can also improve to include vertical surfaces, if every one of our high-rise buildings, the walls and even the windows become solar collectors, it will fundamentally change how much solar energy Singapore can generate for our domestic supply.”

The island has grid-connected roughly 3,000 PV installations over the last decade.

“But we cannot rest on our laurels,” said Chun Sing.

The government will continue to support PV through the SolarNova programme and rooftop solar deployment. Meanwhile, the Housing and Development Board (HDB), which has held several successful tenders already, plans to install PV on 50% of HDB rooftops over the coming years. The nation is currently on track to reach a target of 350MWp deployed by next year.

In more extreme versions of regional power-sharing, Singaporean firm SunCable intends to set up a 3,800 kilometres high-voltage direct current submarine cable to transfer output from one of the world's largest solar-plus-storage installations in Australia's Northern Territory to Singapore.