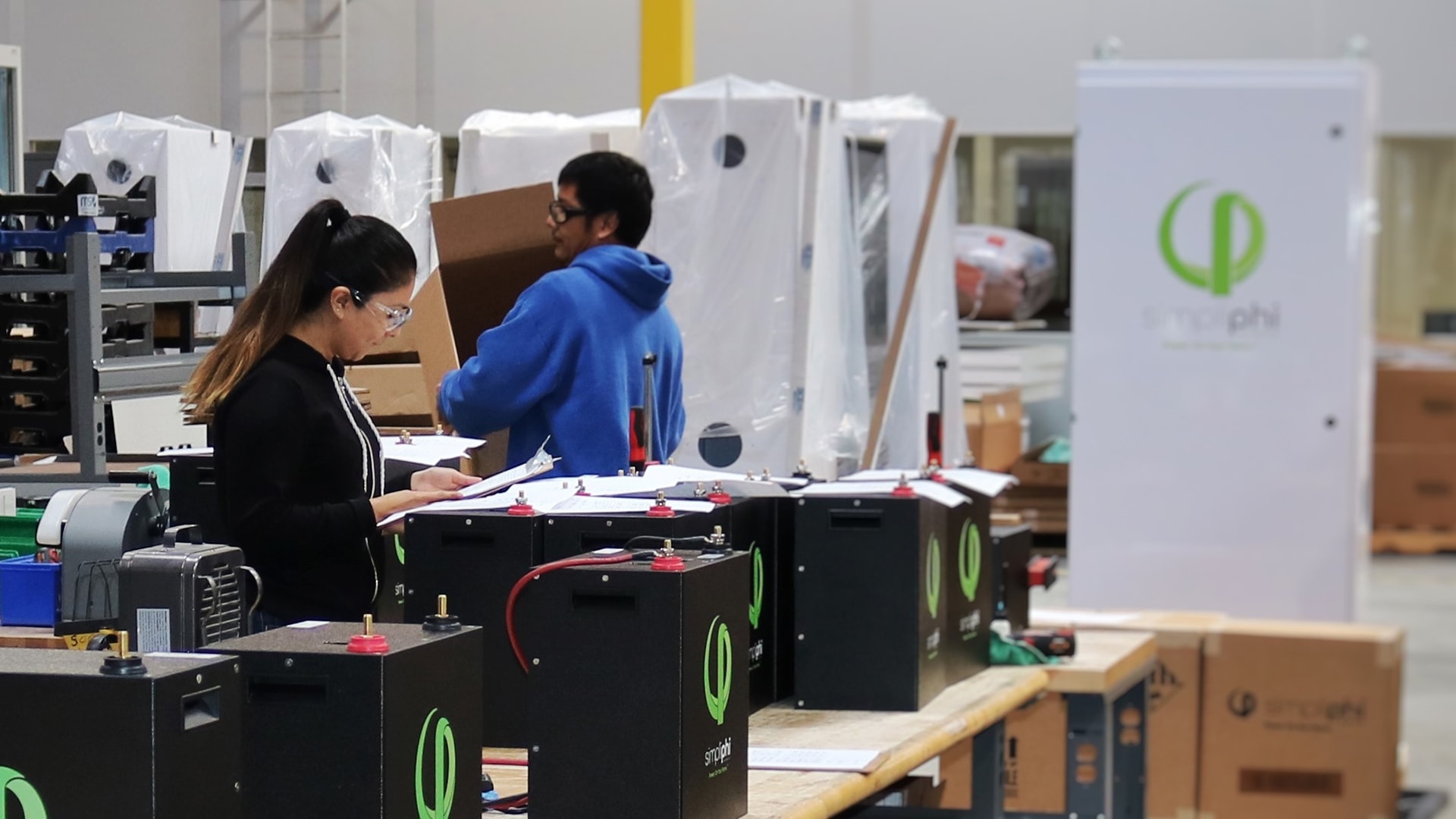 SimpliPhi representatives told Energy-Storage.news that the first site for the demonstration project – for SWEPCO, a subsidiary of American Electric Power (AEP) serving over half a million customers in parts of the US states of Louisiana, Arkansas and Texas – will start out with just 20kW of solar and 30kWh of battery storage systems. The solar arrays and storage systems are split across three separate aggregated units. Using SimpliPhi’s 3.8kWh PHI brand battery storage, the company said that initial rollout took “only a few months”.

“This initial project was a proof of concept project that is expected to transition into a larger network of distributed systems, soon,” the SimpliPhi spokesperson said.

As seen with larger projects of this kind, the installed solar-plus-storage can be aggregated by the utility and managed as an optimised fleet. SWEPCO will be able to peak shave, manage overall energy supply and correct the power factor to balance networks at local level. The combined batteries and control system can be controlled as a single entity using common protocols and any ADMS or SCADA controller.

“Behind-the-meter energy storage is a cost-effective way to help utilities and customers alike manage their electricity usage, with the security of knowing they have access to stored energy that can be seamlessly integrated into the grid or islanded during power outages,” SimpliPhi's CEO Catherine Von Burg said in a press release. 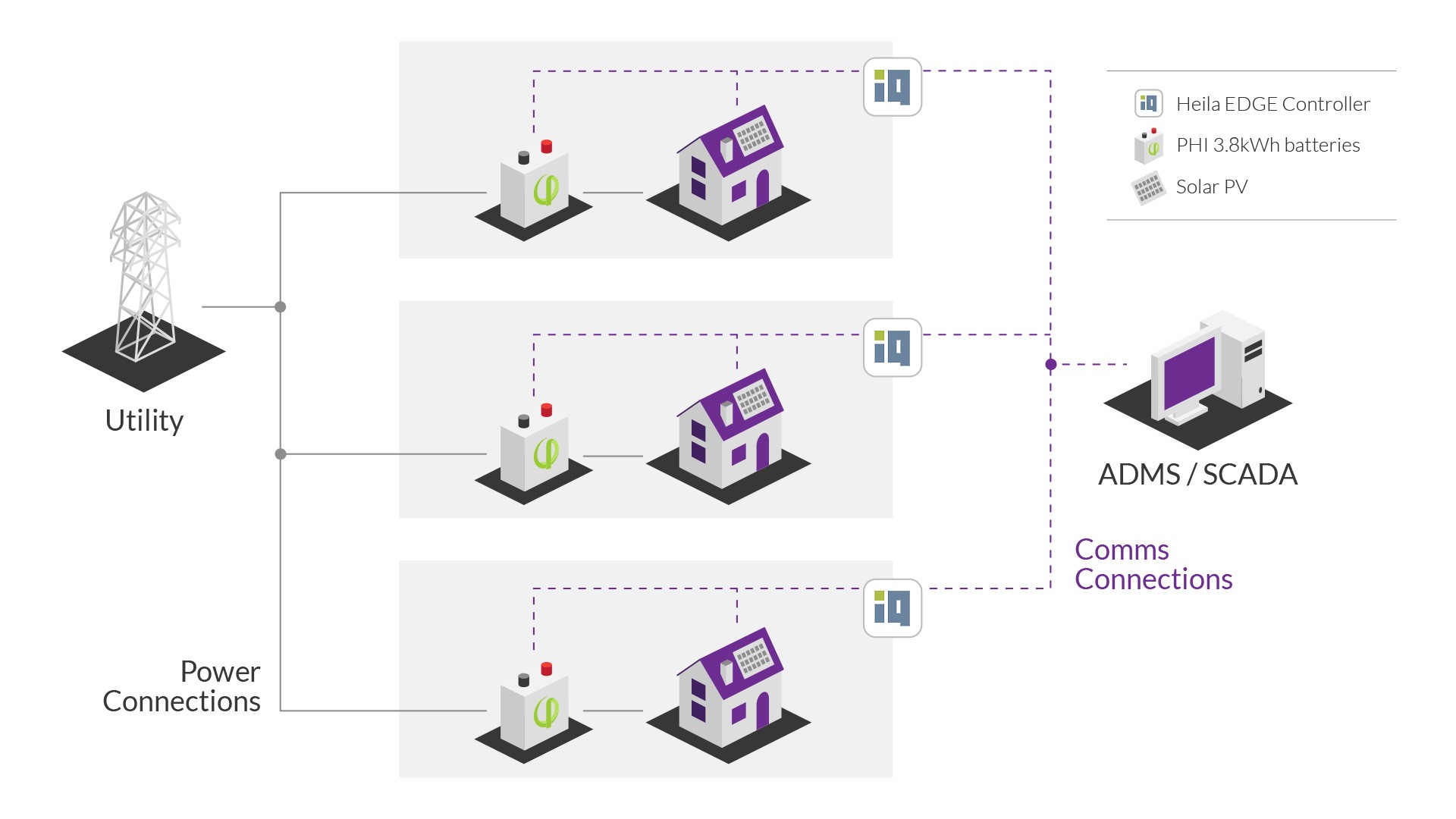 Also vitally important in the region – which was hit by Hurricane Katrina in 2010 and is expected to be subjected to continuing or worsening extreme weather events – will be adding resilience to back up customer loads.

SimpliPhi told Energy-Storage.news that SWEPCO supported the project by “paying for the equipment to be placed near the residences and has provided on-going service for their operation and maintenance (O&M), performing utility services”. Being able to leverage the assets as a virtual power plant when the systems are not being used to provide backup and resilience will be an added benefit for the utility, according to the SimpliPhi representative.

For the project to expand in the future, housing development and commercial property development companies could be partnered with to offer “greenfield opportunities,” the SimpliPhi spokesperson said. It is one of “many projects” SimpliPhi is doing with Heila. The company believes the ageing electrical infrastructure found in the US will continue to offer many opportunities for this type of project, as will climate change too.

“SimpliPhi believes that projects like this will continue to increase across the US given the rising incidents of power outages due to ageing infrastructure and the challenges and prohibitive costs associated with upgrading transmission and distribution lines. And, even with upgrades, transmission and distribution networks that transverse large distances to deliver power will continue to be vulnerable to disruption and fail, leaving whole populations in the dark,” the company representative said.

“Climate change continues to escalate extreme weather conditions that directly relate to power outages, making grid reliability an issue for virtually every community in the U.S. and abroad. Distributed, decentralised energy generation and storage that is grid-tied and aggregated by virtue of software along the entire transmission and distribution grid creates the localised, customer sited assets that, during a power outage, can be disaggregated and  ‘islanded’, creating resilience and security on a community or customer basis.

“Local assets that can disconnect during grid outages are critical to maintain access to power, economic activity, health and overall wellbeing. The centralised grid is 19th century technology; decentralised, distributed customer-sited renewable energy generation and power storage is the future.  Combine the two types of asset classes with intelligent management software, and we have energy resilience and security – today.”

Back in November 2019, SimpliPhi CEO Catherine von Burg talked up the potential of distributed energy storage and solar to provide backup and resiliency in California, as well as to protect residents of the state from the threat of wildfires caused by utility equipment including long-distance lines. Meanwhile, Louisiana was ranked 41st among US states for solar deployment in 2019 according to the national Solar Energy Industries Association (SEIA). As of March 2020, the state only hosted one utility-scale solar farm, according to the US Energy Informationan Administration (EIA), although another 50MW PV project is nearing completion in the service territory of another utility, Entergy Louisiana.

Similarly, energy storage in the state appears to be in its earliest stages, and Louisiana, rich in coal, natural gas and oil resources, does not have a state-level target for storage deployment.  However Entergy Louisiana’s 2019 Integrated Resource Plan document makes several mentions of the potential of energy storage – including batteries to help balance the electricity network – as it transitions away from fossil fuels and towards renewables. In a recent two-part interview series for this site, Martin Milani, CEO at Sunverge, another behind-the-meter energy storage provider, said that much of the potential for distributed VPPs lies in planning projects with vertically-integrated utilities to meet locational values and sweet spots, adding that this also takes away much of the pain and cost of customer acquisition for such programmes.