PG&E is considering storage projects for three of its solar facilities. Credit: PG&E
2 December 2015: Pacific Gas and Electric Company (PG&amp;E), one of the three largest investor-owned utilities in California, has presented 75MW of energy storage contracts which it has awarded, using a range of technologies, to the California Public Utilities Commission (CPUC) for review and approval.

The California state&rsquo;s Assembly Bill 2514 includes a mandatory target, which was set by CPUC, for investor-owned utilities to procure 1,325MW of energy storage by 2020. PG&amp;E has a 580MW share of the procurement mandate.

The utility has selected seven storage project proposals including a mix of technologies. There were four lithium-ion battery projects from NextEra Energy (30MW) and Hecate Energy (12MW). There were also two Zinc/Air Battery storage facilities from Convergent Energy and Power (10MW) and Western Grid (3MW). PG&amp;E also selected a flywheel project for the first time from Amber Kinetics (20MW).

The first of the seven projects is expected to come online in May 2017.

Steven will be responsible for the development and scale-up of the software and services platform of AMS's behind-the-meter storage systems.

He will keep his post as secretary general of the Reliable and Sustainable Power Grid Operators assocaition (GO15), a not-for-profit organization comprising 18 of the largest power grid operators in the world.&nbsp;&nbsp;

Steven is an engineer and physicist with 30-years&rsquo; experience at executive level. He is well-known for the development of large-scale, real-time IT solutions for utilities.

Alain Steven previously worked alongside Audrey Zibelman, who is now chair of the New York Public Service Commission, at Viridity Energy, a company focusing on demand response and dynamic load management. Zibelman was president and CEO while Alain Steven was chief technology officer and a co-founder of the company. He has also had high-level positions at PJM Interconnection - where again Zibelman has also worked - PJM Technologies, Alstom ESCA Corporation and was formerly Chairman of the University of Washington's Electric Energy Industrial Consortium. His new boss at AMS, Susan Kennedy, also has a track record in public office, having served at AMS investor Arnold Schwarzenegger's office as chief of staff when the bodybuilder-turned-actor-turned-politician was governor of California.

Recent AMS news includes oil major Shell saying it would purchase 20MW of energy storage from the company in May.

The install at Henbo Energy Storage, with the Aquion battery on the left. Image: Wattstor.
7 December 2015: An energy storage system based on the Aquion non-toxic &lsquo;saltwater&rsquo; battery has been installed on a private estate in Northern Ireland, in what is believed to be the UK debut for the much-talked about technology.

Cornish company Wattstor installed the 25kWh system based on sodium ion batteries from US maker Aquion on the premises of Henbo Energy Storage, a newly launched storage installation company in Portadown, Northern Ireland.

Aquion claims its Aqueous Hybrid Ion batteries, launched for sale in 2014 globally, can be used at 100% discharge depth for up to 20 hours. In an installation announced at the very beginning of 2015, Aquion&rsquo;s batteries were to be used in Hawaii to help residents of a private gated community to go &ldquo;97% solar&rdquo; on its micro-grid.

The battery is also the first energy storage battery to receive &ldquo;Cradle to Cradle&rdquo; certification for environmental sustainability &ndash; meaning it meets certain standards for the maximum use of available recycled materials and an optimisation of the amount of the product that can be recycled.

The promise of the non-toxic battery and its robustness in withstanding deep cycling and long duration storage has aroused a great deal of interest. The only potential caveat is that the devices are relatively bulky, making it perhaps more suitable for installs in non-urban locations.

The new batteries use an organic electrolyte in the form of salt water and have a potential lifespan of 15-20 years, said Wattstor director Michael Danes.

The EcoBlade can be used individually for residential or small commercial use or connected in containers to provide multi-MWh of energy, according to the company. Schneider launched the EcoBlade on the sidelines of the Paris climate talks.

&ldquo;We are living a very exciting time where new technologies enable us to completely rethink the way we deal with energy in a far more sustainable and efficient manner,&rdquo; stated Jean-Pascal Tricoire, chairman and CEO, Schneider Electric.

The battery will be available in 2016 with a targeted price of under US$500/kWh.

10 December 2015: SunEdison has revealed that energy storage projects it was recently awarded by Ontario's Independent Electricity System Operator (IESO) will be based on Imergy's flow batteries.

The prolific renewable energy developer was among five companies selected to execute energy storage projects for the Canadian province, taking the local IESO's procurement up to a target level of 50MW. Ontario is already using storage technology for regulation in order to maintain a &ldquo;second-by-second balance on the grid&rdquo;. However, the new projects are being used for back-up purposes as well as arbitrage value, which involves storing energy during periods of lower priced electricity and using the stored electricity at peak times.

Imergy, a Silicon Valley-headquartered startup which says it makes its vanadium redox flow batteries from a large propotion of recovered and recycled materials, is already also working with SunEdison on microgrid projects in India. 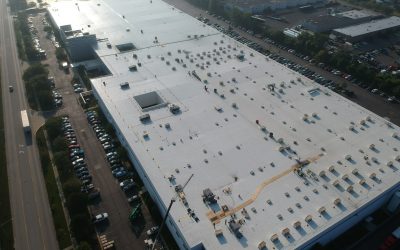 ROUNDUP: Energy storage projects that may be small in scale but big on ideas

August 26, 2021
This edition of news in brief from around the world in energy storage focuses on small-scale but potentially significant deployments. 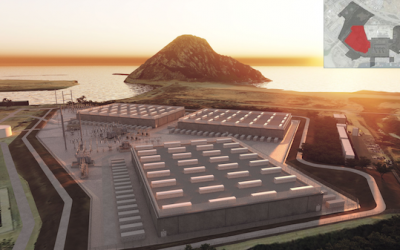