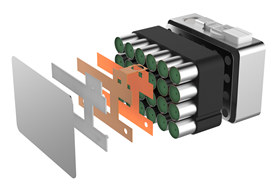 “Preventing a service event from becoming a catastrophic one,” is how Cadenza Innovation CEO Christina Lampe-Önnerud describes the way her company’s lithium-ion ‘Supercell’ battery architecture reacts to thermal runaway.

Cadenza, founded by Onnerud in 2012, has developed a battery architecture and manufacturing platform that aims to cost-effectively eliminate one of the biggest issues facing the grid storage industry today. As seen in fires at energy storage system (ESS) facilities in South Korea, China and in Arizona, one cell catching fire can cause enormous damage as fire propagation causes it to cascade from cell to cell.

The company announced yesterday that its battery cells have been proven to stop propagation when thermal runaway is induced, having gone through the UL9540A testing methodology. Under that testing, battery cells are “artificially” made to burn.

“The trick for our design is that when that happens, it doesn’t cascade,” Christina Lampe-Önnerud told Energy-Storage.news in an interview.

Tests UL1973 and UL9540A verify whether batteries in thermal runaway propagate fire and whether they give off dangerous levels of gases when burning. Lampe-Önnerud said that Cadenza’s cells “released so little gas that it was difficult to measure”. Some in the industry might call the company's results “remarkable”, she added.

“…but it’s not so remarkable when you see it. In fact, nothing happens. You put these cells into thermal runaway and they just sit there and go: 'I need help!'”

Cadenza is licensing the manufacturing platform for its technology to international customers, with announcements from customers expected soon, Lampe-Önnerud said, but will also look to manufacture battery cells itself within the US.

The company received funding for demonstration projects from the New York State Energy Research and Development Authority (NYSERDA) in 2018. The utility New York Power Authority (NYPA) has also actively supported safety tests and reviewed Cadenza’s use data. Cadenza has also been working on R&D with Energy Renaissance, a startup in Australia which wants to become the country's first manufacturer of lithium batteries for utility-scale energy storage.

The significance of ‘no drama’

As Christina Lampe-Önnerud points out, fires and explosive events at lithium-ion facilities can not only look bad in media photographs, damaging confidence in the industry, they can also lead to destruction of energy storage assets as well as damage to buildings they are housed in. In the case of the April 2019 fire and explosion at McMicken energy storage facility in Arizona, four firefighters were severely injured.

“What Cadenza says is that there will be no events. If you get a notification on your phone that says, ok, this particular battery needs service, but the whole unit continues to work, you just took out one battery, there’s no fire, no issue, you continue to run the building, you change that unit and life goes on. To me that world of 'no drama' is so significant.”

The Cadenza CEO said however that the industry, rather than “going sour” on lithium batteries, is instead looking to ways to solve the issues. Energy storage system providers such as Powin Energy and Sungrow have also performed the UL9540A testing, as well as the battery manufacturer Samsung SDI.

Lampe-Önnerud suggested that rather than fire suppression equipment and other ways to mitigate the problem of cascading thermal runaway, it could be more cost-effective to bake in the solution at cell level, as Cadenza is trying to do. Lampe-Önnerud said while she considers Cadenza’s approach to be one way of doing this, she is confident there will be “many others,” too.

“If we think we can take all the batteries and wrap them in fire blankets and add deflagration vents, you reach the pressure for flammable assets to self-ignite… What a patch, what a ‘bandaid philosophy’ that is. Let’s go into the core. Let’s make sure it can’t go into thermal runaway and then you have something very interesting.”

“The cell is included in our design to put fire mitigation on the inside. If one of these cells has an internal short, it doesn’t cascade to the next one, it just says: ‘I am now unavailable to facilitate electricity’. Whereas in the fires that you mentioned, that’s not the case.”

The wording of this article has been amended from its original form to clarify that UL9540A testing does not result in certification. 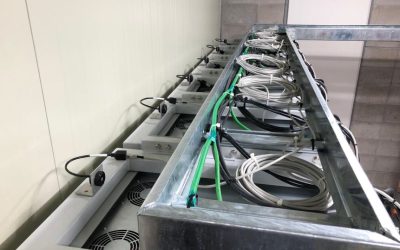