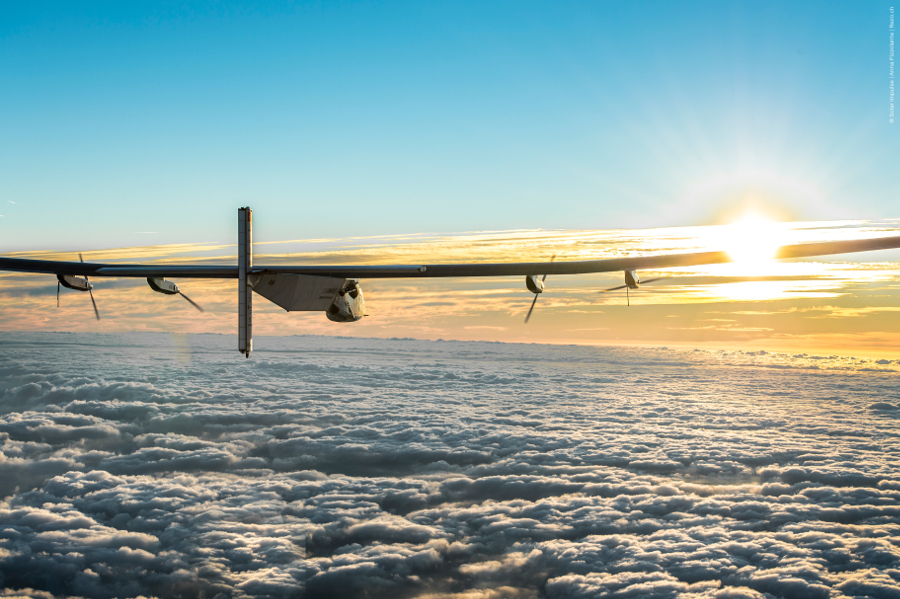 Solar (and battery)-powered plane Solar Impulse in flight. The IPCC argues that renewable energy should be as much as 97% of electricity generation worldwide by 2050. Image: Solar Impulse.

Rapid, far-reaching and unprecedented change is required to limit climate change to 1.5C, the Intergovernmental Panel on Climate Change (IPCC) has warned.

In a crucial new report published this morning, the IPCC has said that amongst significant transitions in other sectors, as much as 97% of power will have to be generated by renewables by 2050.

The wide-ranging and overarching report has found that limiting global warming to 1.5C would require “rapid and far-reaching” transitions across multiple sectors, of which energy is one. Across the global economy, CO2 emissions would be required to fall by 45% from 2010 levels by 2030, before transitioning to net zero by around 2050.

By 2050, the report states that between 49 and 67% of all primary energy use must come from renewable sources, with just 1 – 7% of primary energy originating from coal. And, even then, the IPCC argues that a “large fraction” of coal firing must be in conjunction with carbon capture and storage technologies.

The ranges have been used by the IPCC to account for technology development and strategic choices taken by countries.

When limiting its spotlight to electricity generation, the IPCC says that renewables should grow from a ~28% share in 2020 to as much as 97% by 2050, with the median share equating to around 78%.