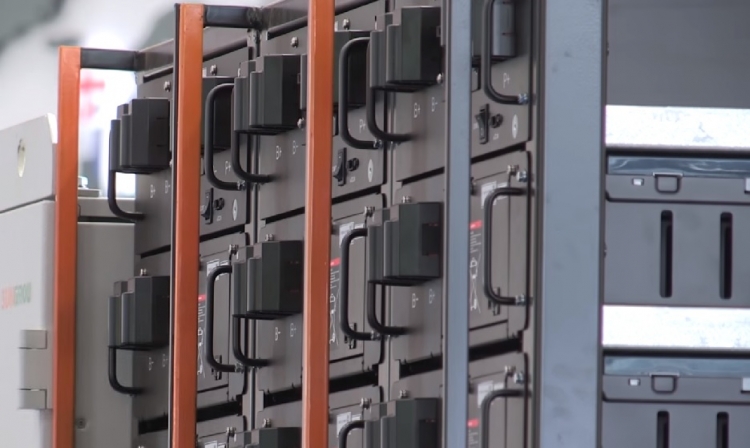 Sungrow has partnered with Samsung SDI for some of its energy storage activities. Image: Sungrow-Samsung SDI.

In a blog for our sister site PV Tech, senior news editor Mark Osborne writes that in its recently-published annual report for 2018, Sungrow reported global inverter shipments of 16.7GW, a 1.2% year-on-year increase with cumulative global shipments topping 79GW. Revenue generation in the fourth quarter surpassed “anything any PV company has ever experienced”.

Osborne writes that Sungrow’s engineering, procurement and construction (EPC) business is one of the industry’s undiscovered big performers, often going unnoticed amid discussion of the company’s inverter hardware in terms of its contribution to revenues. Over half of the 2018 total revenues came from this EPC segment.

In the chart below, you can see that energy storage revenues still form the smallest portion of the company’s three main revenue generating segments: inverters, energy storage and EPC (system integration). EPC revenues have in fact been higher for Sungrow than inverter revenues since 2014, Osborne’s blog notes.

The energy storage segment meanwhile has enjoyed a staggering 500% year-on-year growth to US$57 million in revenues for 2018, compared to just US$9.5 million in 2017. Meanwhile, the company, which has a joint venture (JV) with Samsung SDI for energy storage projects, is also launching offerings into the electric vehicle (EV) space and has launched a floating solar business.

“The new reality is that Sungrow may be a major PV inverter manufacturer but a lot more of its revenue streams are coming from other sectors,” Osborne writes, going into further detail on the company and making comparisons with the performance of its rivals in the inverter space. 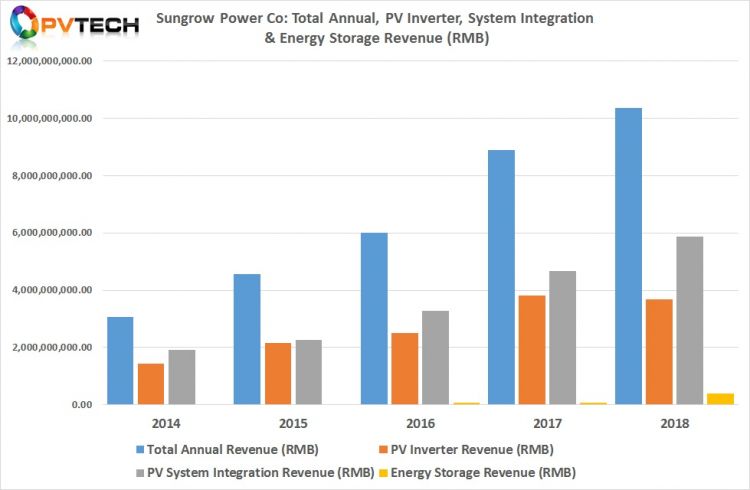