‘Putting our money where our mouth is’: Younicos bullish on storage ‘as-a-service’ potential 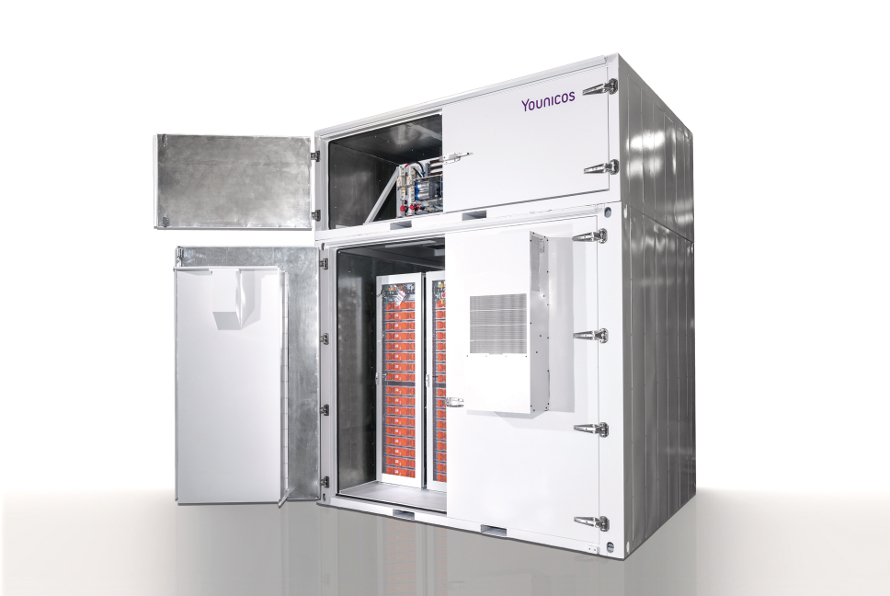 The launch of an energy storage ‘as-a-service’ model by lithium battery pioneer Younicos is a “truly mobile offer” the company has said, based around renting assets to clients over two- to four-year contracts.

Available globally, customers will pay Younicos a rental fee for the battery as well as commissioning and decommissioning fees.

“The only thing we ask is that once you end the contract, we can keep it on the site for six months because we don’t necessarily want to rotate it back into a warehouse but to redeploy it,” Younicos spokesman Phil Hiersemenzel told Energy-Storage.News this week.

Batteries as a ‘mobile’10-year asset

The reason Younicos makes that stipulation, and has been able to make this offering in the first place, is that the battery storage systems will be designed to perform their roles in the field for the life of each contract but can be moved from one client site to another over the full expected 10-year asset lifetime.

It cannot possibly have escaped the attention of regular readers to this site that energy storage ‘as-a-service’ is a huge buzzphrase in commercial and industrial (C&I) energy storage, particularly with reference to leading providers from the US, including Stem and ENGIE Storage (formerly Green Charge).

It refers essentially to entering a contract with the end customer to save them money on their bills via demand charge management, using energy storage systems that can also be aggregated to provide other functions, such as grid services. Analyst Julian Jansen at I.H.S Markit told Energy-Storage.News a while back that the strength of this business model is in simplifying the pitch to the customer and wrapping up a number of services or revenue streams into one packaged contract.

The ‘mobile’ aspect of what Younicos is doing, is what sets the company’s business model apart, spokesman Hiersemenzel argued.

“While there are quite a few energy storage ‘as-a-service’ models out there, most of them are purely – I may be wrong – my perception is that most are basically financing models. So it’s not so different from buying or going to tender with a storage project only that it’s being built on your specified site, but you don’t own it, a bank or fund owns it.

“I’m not saying that’s a bad thing, but our service offering is really rental. It has this financial aspect to it as well but more than that it’s a truly mobile offer. So we’ll really own and operate the entire asset, bring it to a client’s site and basically cover that client’s storage needs, whatever that may be,” Hiersemenzel said.

Younicos would hardly complain if the asset remained at one site over the full 10 years, but the expectation is that the asset will “be shared an average, [between] three customers over 10 years – plus accounting for the battery lifecycle”.

According to the spokesman, Younicos has been “preaching” for many years about the effectiveness of its software in managing and controlling battery assets and taking on the risk. Having a parent company like Aggreko gives the company a balance sheet big enough to lean on for the 10-year C&I business model.

“If our software does what we promise it does, we’re fine, because our asset will last 10 years and we can depreciate it over those three clients and we get a proper return. If it doesn’t do what we say it will do, it’s our risk and we’ll have to buy a new battery.”

Of course, the launch is about helping C&I customers reduce their peak energy demand and therefore their electricity bills, and also about an aggregator accruing revenues through providing multiple ‘stacked’ services where possible, but it also follows a wider trend in C&I energy procurement – simplifying the proposal to get involved with clean energy. After all, Hiersemenzel said, Younicos fully expects “to deploy this sort of thing to industrial and commercial clients who for one reason or another don’t want to invest in energy assets themselves because their [core] business is something else.”

Younicos’ Hiersemenzel said that in addition to peak demand reduction as a behind-the-meter benefit, potential additional use cases for this offering could include making grid connections easier and cheaper for developers of energy assets such as solar farms, providing front-of-meter services to grids and also in many instances for electric mobility including transmission and distribution (T&D) spending deferral and ‘buffering’ EV chargers from causing the grid to spike.