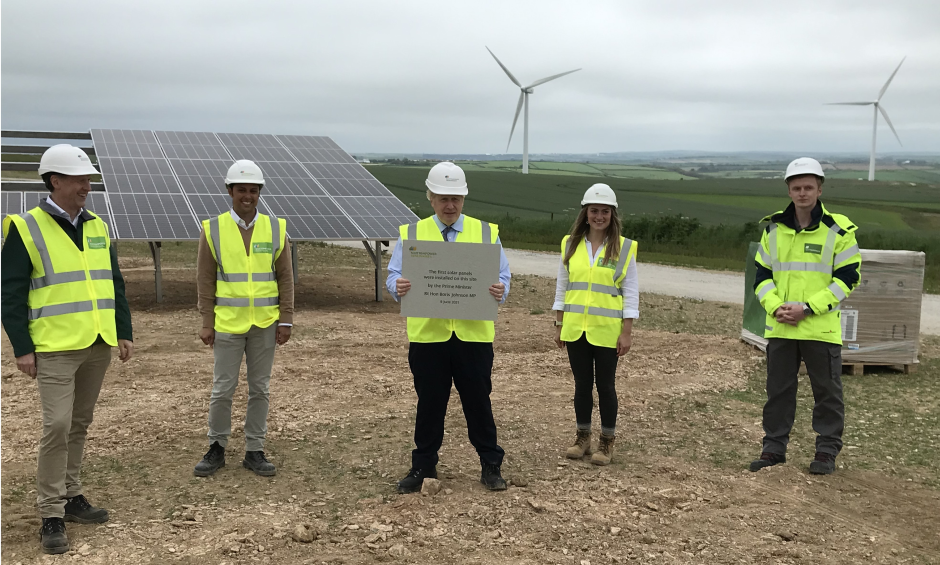 Construction of a 10MW solar farm as part of the UK’s first hybrid solar PV, energy storage and wind site has officially begun.

The 10,000 PV panels being installed at the Carland Cross site in Cornwall in the south of England are to complement the existing 20MW wind farm and 1MW battery energy storage system. It marks the first time these technologies have been combined on such a scale, and forms part of a wider planned portfolio of hybrid sites by Iberdrola-owned ScottishPower.

These plans to retrofit the UK utility’s wind farms with solar and storage were first announced in late 2019, following on from the company applying to build a 40MW solar farm with 10MW of battery storage in Scotland backed by a private wire connection with pharmaceutical giant GlaxoSmithKline.

Plans to install a 40MW solar farm and 50MW of battery storage on the site of its Whitelee wind farm – currently the UK’s largest onshore wind farm – are also underway, with these to support green hydrogen production.