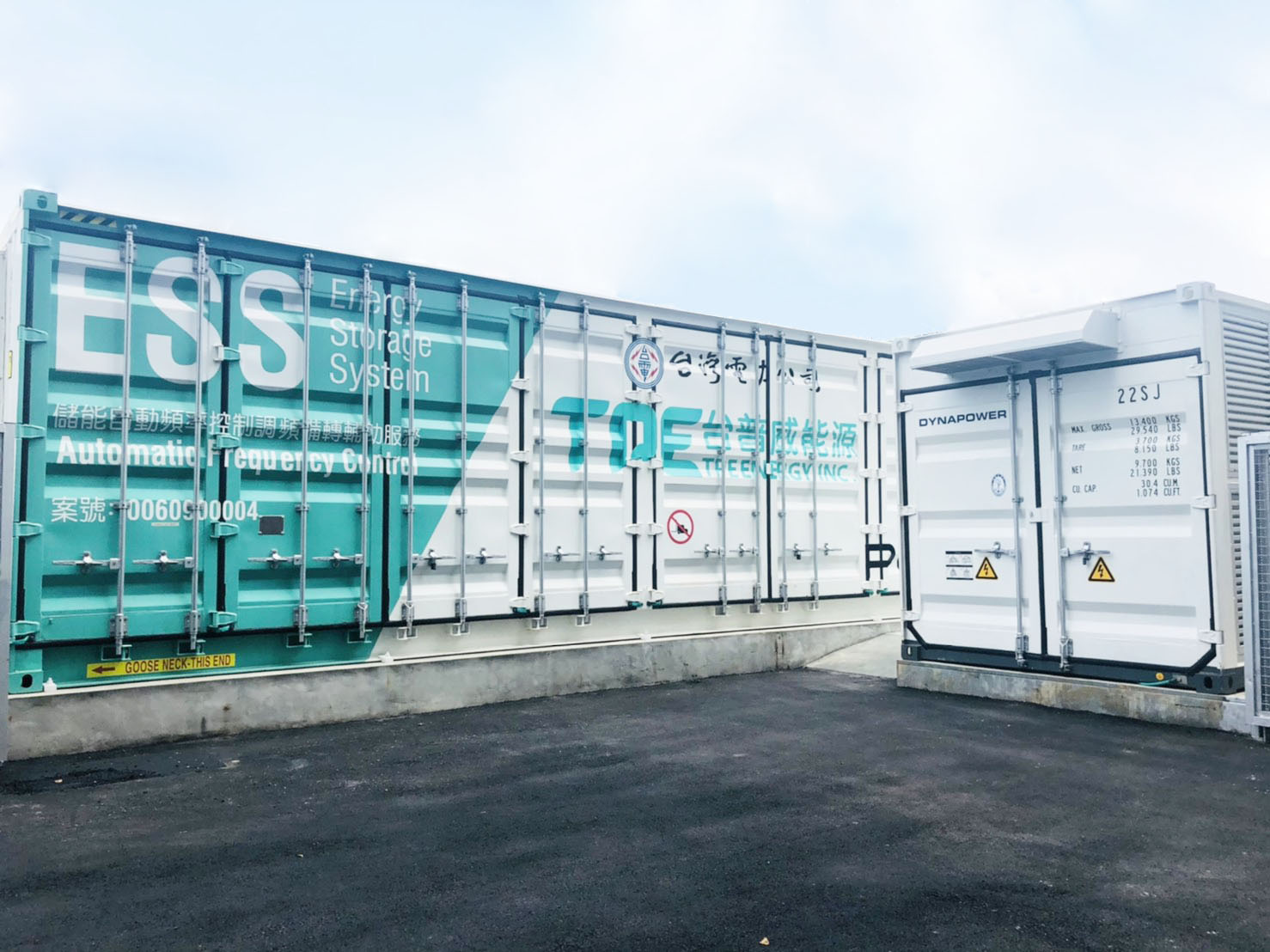 Powin Energy has installed battery energy storage systems (BESS) in Israel and Taiwan which, while small by comparison to some of the company’s recent US projects, mark entry into new territories for the Oregon-headquartered system integrator.

“This project will perform Automated Frequency Control (AFC) services for Taipower, which is the main application for all energy storage projects currently under operation and tender in the Taiwan market,” Powin Energy executive VP Danny Lu told Energy-Storage.news.

It is the first project awarded to TPE Energy, which Lu said has been created as a local sales, installation and operations and maintenance (O&M) entity by Powin’s contract manufacturer iBase Gaming, to sell the US company’s products into the Taiwan market. Powin has two manufacturing facilities on the island, where in December it said it is ramping up annual production capacity from 700MWh to 2.5GWh.

The 3MWh system is a commercially operating project, not a demonstration, and has contracted availability and performance contracts in place that will create net revenues over a 5-year period, according to Danny Lu.

“Taipower ultimately plans to own and operate a portion of their ESS projects, but these first initial projects were developed and owned by developers and IPPs contracted to provide services to Taipower,” he said.

Powin Energy noted in a press release sent to Energy-Storage.news that rolling blackouts, which affected more than six million households in May, highlighted the vulnerabilities of the Taiwanese grid network, raising awareness of the role energy storage could play in adding security and reliability to the system. The company said the installation and requisite testing proceeded quickly and smoothly and the project has obtained the license it needs to participate in AFC for Taipower.

The project was done in partnership with BL Energy, a subsidiary of Blilious Group, an Israeli company active in areas including automotive product imports, public transport, real estate and energy storage and EV charging. The customer was Israeli renewable energy company Nofar Energy.

The BESS will help integrate the output of new and existing rooftop solar projects into the local network, mitigating the impact of grid capacity constraints. It will also supply backup power and reduce the kibbutz’s grid demand.

Danny Lu said the main technical challenges of deploying energy storage in Israel’s hot desert climate were in verifying the Powin Energy BESS system’s thermal management equipment to ensure its suitability for use in the region.

“Luckily many of our projects are installed in the US desert regions of California and Texas, with similar climate profiles,” Lu said.

The project marks the beginning of development for a portfolio Powin and BL Energy are doing in the country. Five additional projects ranging from 3MW to 4.6MW of storage will be deployed during 2021. Lu said those other projects will be similar in scope to the one just completed, all contributing to Israel’s goals on energy storage and renewable energy deployment. They will all have the “potential to provide services and capacity to the grid when needed,” he said. Israel's state energy regulator has estimated that the country will need about 8GWh of energy storage to support its policy aim of sourcing 30% of its electricity from renewables by 2030, including 12GW of solar.

Powin has installed over 600MWh of battery storage worldwide to date and has a claimed pipeline of more than 5,000MWh of projects that could be installed within the next five years. BESS projects underway in the US include 200MW in Texas for developer Key Capture Energy, which will be split across one 100MW project and two 50MW projects that will play into the ERCOT market.

The company obtained more than US$100 million of financing earlier this year through equity investors Trilantic North America and Energy Impact Partners. Powin said that funding will be used to significantly improve its integrated software and hardware platform. In April it launched its first high-voltage battery stack product, compatible with lithium-ion cells from various manufacturers.