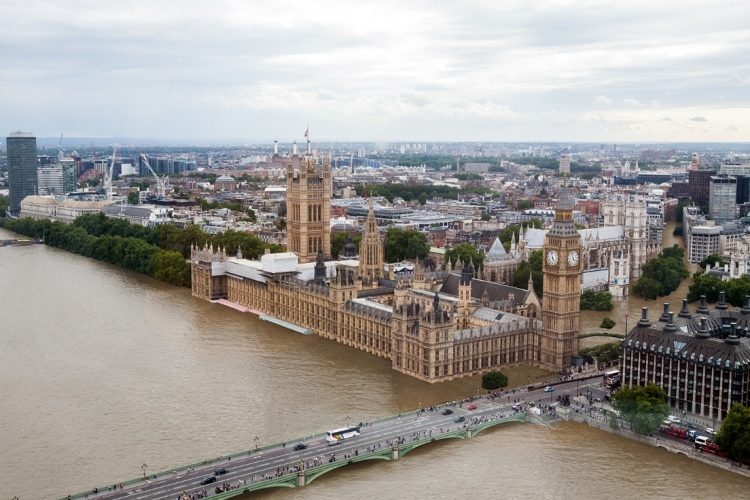 The UK’s seat of government, as it might look after a further 2 degrees C of global temperature rise. Image: Climate Central.

Solar Media's Liam Stoker and Andy Colthorpe take a look at the rapidly increasing solar and storage commitments from some of energy's biggest names, from BP's expanded partnership with solar developer Lightsource, to Enel X's just-completed 16.4MWh battery project in New York City, a growing 'virtuous circle' of renewable investment and much more. Also up for discussion are Europe's soon-to-be lithium-ion battery gigafactories, some of the likely contenders in the expected rise and rise of long-duration storage, and what latest projects, pipelines and deals are causing ripples on the PV Tech and Energy-Storage.news sites. Then, the intrepid pair try and decipher what climate message, if any, is coming out of the UK's general election.

The podcast can be streamed below:

Alternatively, you can subscribe and listen to the podcast on the Solar Media Editor's Channel, which is now on all popular audio channels, including;