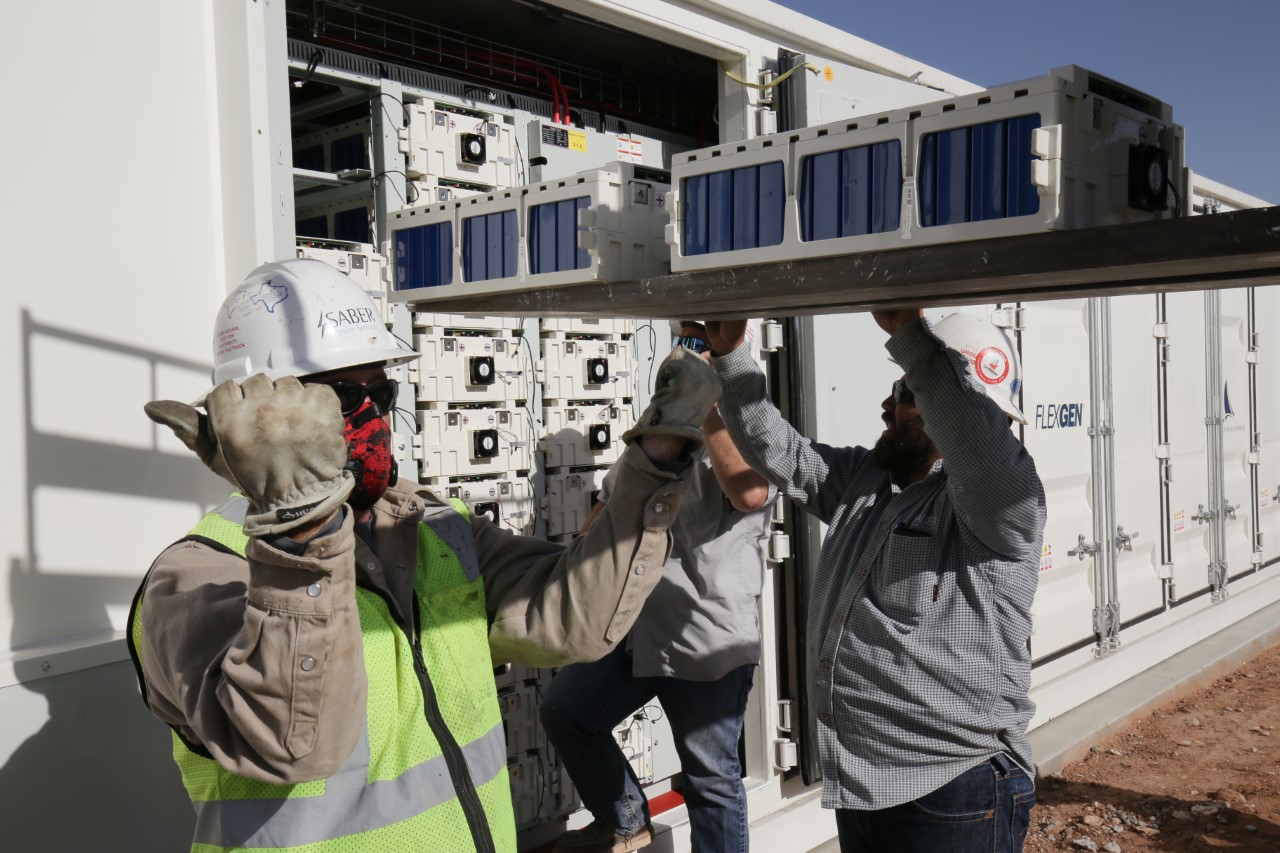 The market for grid-connected energy storage will defy the “headwinds” caused by the coronavirus pandemic on industries across the world, analysis firm IHS Markit has predicted.

The team at the IHS Markit Energy Storage Service has forecast that global installations will grow by over 5GW this year, despite disruption caused by COVID-19. Battery energy storage is becoming increasingly able to competitively provide critical capacity to energy networks, the analysts said, particularly in the US, which is currently the world’s biggest market for grid battery storage.

After what was a relatively low level of installations in 2019 of 2.7GW, the rebound that began with a strong first quarter of 2020 will continue on, IHS Markit believes, with annual installations set to rise fivefold between 2019 and 2025.

While installation figures could reach 15.1GW / 47.8GWh, hardware revenues will increase from US$4.2 billion this year to US$9.5 billion in 2025. At the same time, battery module prices are expected to fall around 32% in those years.

“The increasing competitiveness and critical role of battery energy storage assets in supporting the decarbonisation and resilience of the electricity system means that opportunities for energy storage continue to develop despite the turmoil caused by the COVID-19 pandemic,” IHS Markit Energy Storage Service research manager Julian Jansen said.

Jansen wrote an exclusive blog for Energy-Storage.news back in mid-April as the pandemic was still in its first wave of spreading around the world. At that point, Jansen wrote, the behind-the-meter segment of the energy storage industry would take the worst hit of all sectors as even then “wider financial difficulties in the coming months” looked more than likely. However, even at that early point he argued  that the industry would be able to cope and continue growing: and with the energy storage industry still in “an early stage of rapid development.” Jansen said in the blog that COVID-19 would likely have a “limited impact on the overall market development in 2020”.

Since then, his team has revised its forecast up by 1GW, and the higher figure of 5GW compared to 4GW means that the industry’s growth over 2019 will be more than 50%.

‘Rebound highlights the importance of the technology, strength of underlying market fundamentals’

In the release sent to Energy-Storage.news today on IHS Markit’s revised forecasts, the analysis team reasserted that the US will remain the largest market for a number of factors: “ambitious” deployment targets at state level brought in by a handful of jurisdictions, a “strong pipeline” of solar-plus-storage projects looking to capitalise on investment tax credit (ITC) incentives, as well as the bigger picture issue of energy storage being looked upon as an effective way to provide firm capacity to the grid.

China, which has so far been slower to deploy energy storage projects at home than perhaps it has been to export energy storage equipment and technologies, will “see a resurgence in energy storage uptake,” IHS Markit forecasts, with various provinces looking to deploy solar PV projects co-located with battery storage, allowing them to reach higher shares of renewable energy on their networks. China alone will deploy 6.5GW of grid-connected storage between now and 2025, the research team said.

New opportunities are developing in Europe too, strengthening outlook, including France’s tendering for low-carbon assets to participate in its Capacity Market (CM) – which earlier this year led to the award of 253MW of CM contracts for energy storage developers. Finally, wholesale arbitrage in select territories: so far mainly the United Kingdom and Australia, signals a “turning point as merchant energy storage breaks into a new opportunity,” the release said.

“The fact that the energy storage industry is proving resilient and has resumed a growth trajectory during the pandemic and subsequent economic shock proves that the 2019 market retraction was an aberration,” Julian Jansen said.

“The 2020 rebound highlights the importance of the technology and the strength of the underlying market fundamentals.”

Earlier this year Brett Simon, an analyst at rival research firm Wood Mackenzie Power & Renewables said that in the US industry, the “economy-wide slowdown will bleed into market opportunities” and described a strong first quarter of the year, when the US deployed 97.5MW / 208MWh of energy storage, as the likely “calm before the storm”. Nonetheless Wood Mackenzie held onto a forecast that the US market too would rebound and by 2025 would be installing 7GW of storage annually.

Florian Mayr, partner at clean energy consultancy firm Apricum also wrote a blog for this site on the coronavirus pandemic, its likely impact on energy storage and how best the industry can prepare for “the next normal,” published in July. Among the takeaways in that two-part blog, Mayr predicted that in many ways the crisis could serve as an accelerator for policymakers and regulatory regimes to recognise that energy storage can provide the flexibility and resilience that their networks increasingly need.