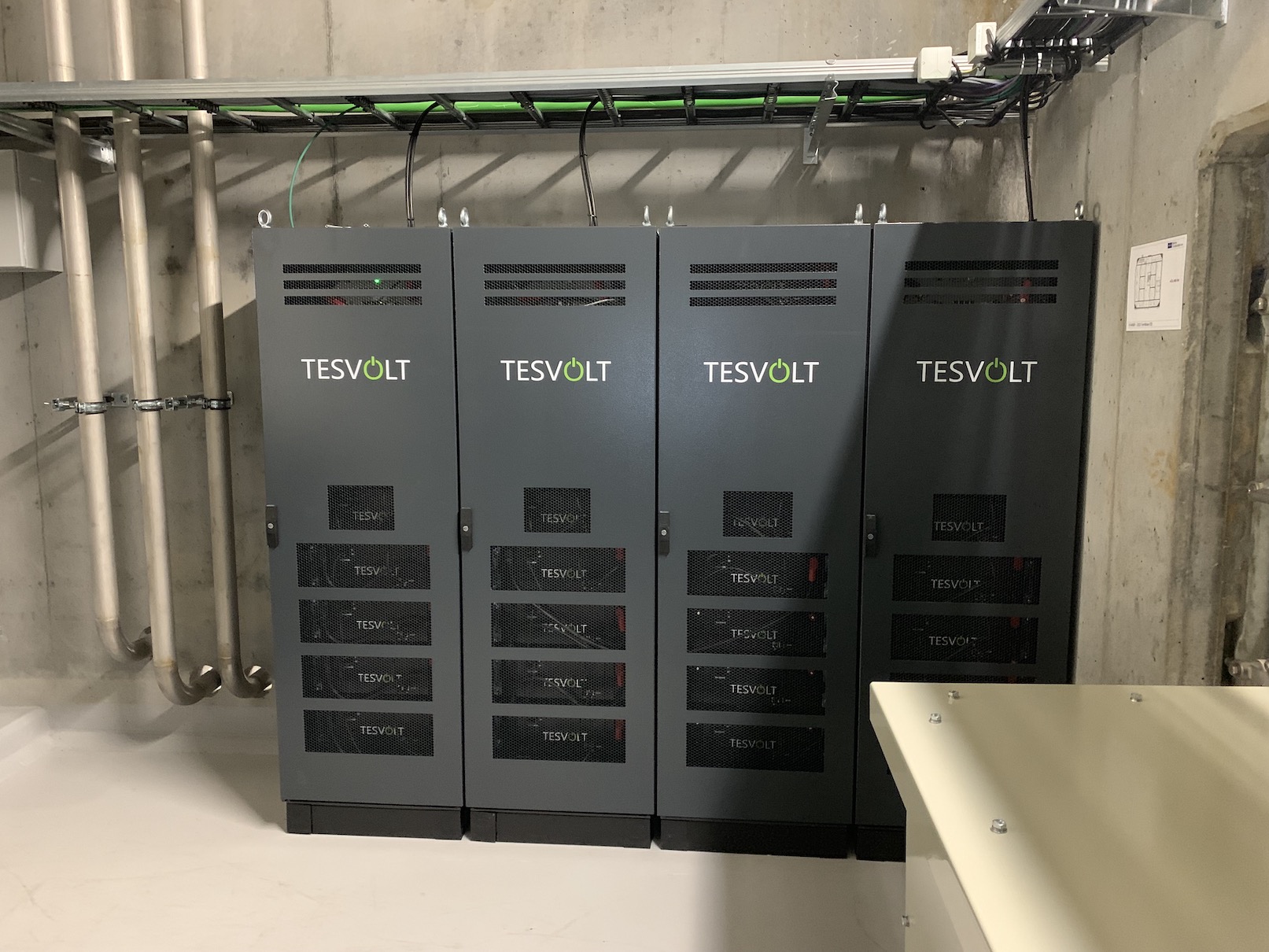 A salmon farm in Norway will become more environmentally friendly with the addition of a Tesvolt-supplied battery energy storage system, reducing the run time of diesel generators onsite by up to 18 hours a day and saving on costs and working time spent on maintenance.

The company emailed Energy-Storage.news this week to tell us about the deployment of 158kWh of lithium batteries on its floating platform off the island of Selsøyvær, a few miles off the coast of Norway.

Kvarøy, a fish farming company, decided to make its operations more sustainable. Prior to adding the Tesvolt system, at least one out of the three existing diesel generators on the platform were running 24/7. This has been reduced to just three hours per day. 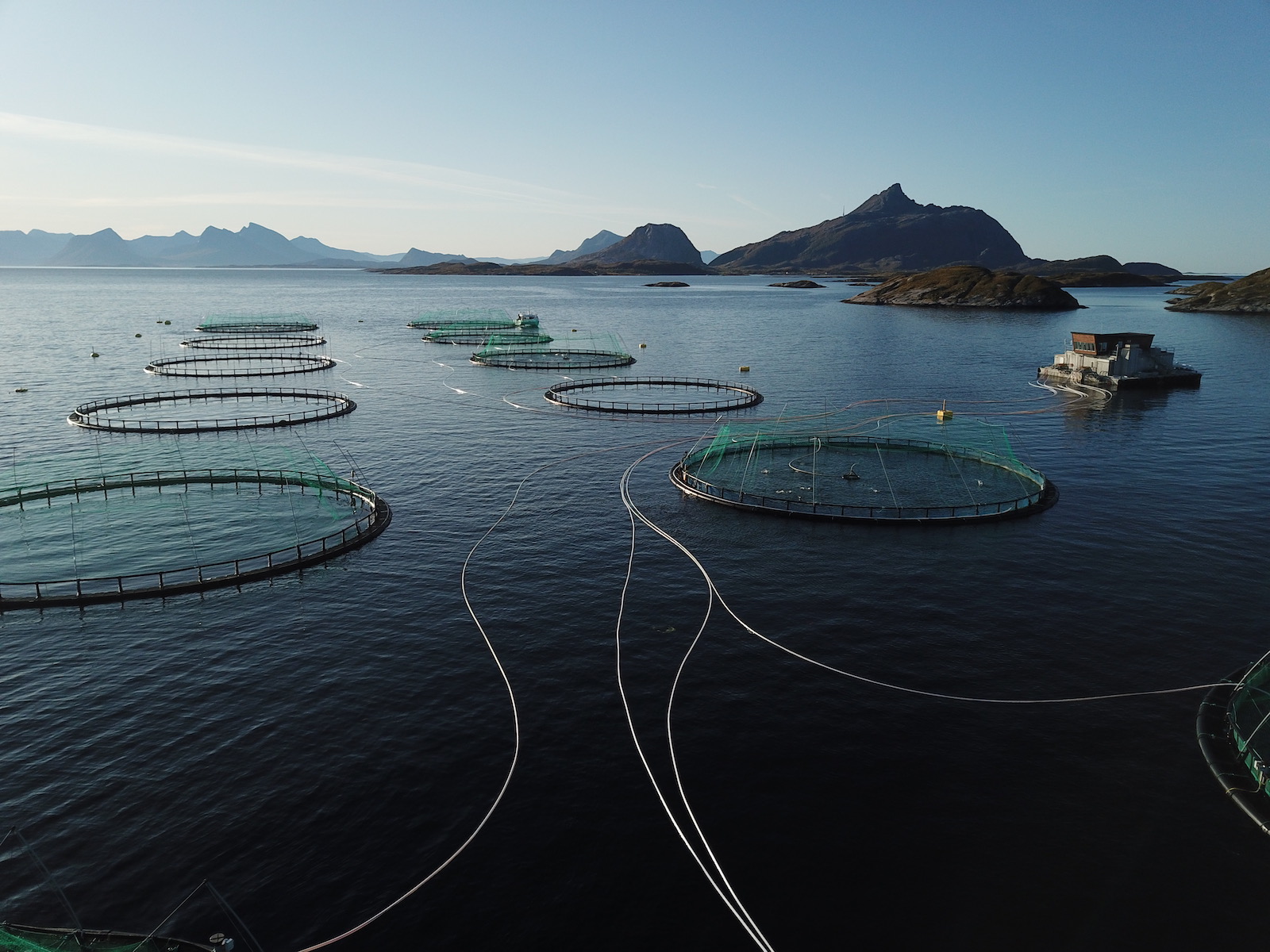 The floating platform on the right hand side houses the battery system. Image: AKVA Group.

Energy use on the floating platform ‘ship’ fluctuates greatly in terms of peaks. At times the ship is only running its lighting systems, but was still burning considerable quantities of diesel to do so. The diesel also has to be physically brought to the ship each time it needs replenishing, which the storage system reduces the need for. Tesvolt claims it reduces diesel consumption overall by 60%.

The company said that the novel site location required a ‘special’ solution. Together with Norwegian solar equipment supplier Kverneland Energi, Tesvolt installed a 120kW peak power capacity/158kWh system that is remotely monitored and controlled from the safety of dry land via internet. The system’s power electronics have been provided by Siemens.

Kverneland Energi technical director Jonas Kverneland said that the capability of Tesvolt’s systems to undergo two charge cycles daily is somewhat unique based on his own market research, making it particularly suitable for the salmon farm.

“Many suppliers only enable one storage system charge and discharge cycle per day, which wouldn’t have worked for the salmon farm,” Kverneland said.

It takes 18 months to raise a generation of salmon for market. Using the battery system, in addition to reducing emissions and the noise and vibrations from generators, fish farmer Kvarøy will save at least €150,000 (US$165,000) and possibly up to €200,000 per generation of farmed fish, Tesvolt predicts, while also meaning the oil in the generators only needs changing twice a year, instead of monthly, a process that can cost €1,000 per day.

While fairly modest in size, the project highlights the economic case for battery storage in dispersed commercial or industrial sites very clearly. It echoes another recent project, at a salmon hatchery in Cordova, Alaska. In that instance, Saft provided a 1MWh battery system to be paired with a hydropower-diesel microgrid operated by local electric supplier Cordova Electric Cooperative.