Storage system providers EnerSys and NeoVolta have made significant changes to their Boards of Directors and Advisors respectively, while US large-scale energy storage independent power producer (IPP) Key Capture Energy has appointed a new director of technology.

As well as serving at NEC Corporation, which has delivered 986MW / 6.506GWh of energy storage across 141 projects during the 12 years of its Massachusetts-headquartered Energy Solutions division’s history, Fludder is also a director at a NASDAQ-listed offshore renewables company, Ocean Power Technologies.

Also joining Fludder on the EnerSys board as long-time board members John F. Lehman and Dennis S. Marlo retire this summer is Caroline Chan, who is VP and general manager at Intel Corporation’s Network Business Incubator Division.

Joining the Board of Advisors at California-headquartered energy storage system maker NeoVolta meanwhile is the former president of Kyocera America, David Grooms. Grooms oversaw more than US$1 billion of sales over a twenty year tenure at the solar subsidiary of Japanese ceramics and electronics maker Kyocera.

NeoVolta recently hailed the acceptance of its latest product, the 24kWh NV24 home battery storage system, into California’s SGIP rebate programme. The company has so far focused on Southern California and is now starting sales in the north of the state.

“This is an important moment for solar storage, and NeoVolta has impressed me with its commitment to building a safe, long-lasting, high-performance product. I look forward to serving the company as it continues to innovate and expand,” Grooms said.

Key Capture Energy, which has developed large-scale standalone energy storage projects including KCE1, one of New York’s first grid-scale battery storage facilities – in partnership with NEC – has also hired a new manager of market analysis, Emma Johnson, and a new manager of market strategy, Andrew Gelston. Johnson was a trader at Citigroup Energy’s Global Commodities Group, a role that included analysis of regional transmission power markets in North America in NEPOOL, MISO, NYISO and PJM. Gelson is a hire across from NextEra Energy where he was responsible for implementing energy storage integration, including early stage evaluations of utility-scale wind-plus-storage and solar-plus-storage proposals.

Key Capture Energy chief operating officer Dan Fitzgerald told Energy-Storage.news in April this year that despite the COVID-19 pandemic meaning most staff were working remotely, the company was “busier than ever”, experiencing “minor, but manageable” impacts on project work. 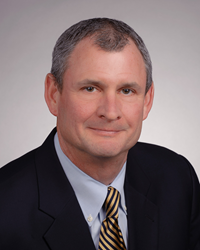 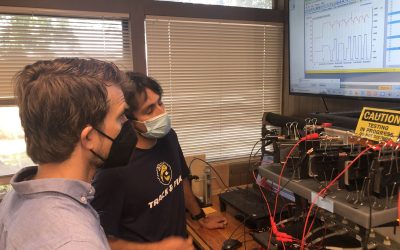