The French renewables company said last week that notices to proceed have been issued to battery energy storage system (BESS) provider Tesla and balance of plant (BOP) contractor UGL for the project.

The utility-scale BESS will provide essential services to help balance the grid network and is being built adjacent to a 460MWp ground mount solar PV power plant. Construction on the PV plant began a few months ago and together the facilities comprise Neoen’s Western Downs Green Power Hub.

Neoen said early construction works are underway, with the BESS expected to come online in late 2024-early 2025 during the Australian summer.

Namechecked as Australia’s largest solar farm project so far by Queensland Minister for Energy, Renewables and Hydrogen Mick de Brenni, the first 100MW of PV generation capacity was connected to the grid in August. A 320MW power purchase agreement (PPA) is in place with Queensland state-owned electricity generation and trading company CleanCo.

Powerlink, the company tasked with connecting the hub to the grid including new high voltage line work, will connect the site via its existing substations in the Western Downs, an administrative area roughly the size of Switzerland but with a population of only about 35,000.

The region is historically very closely aligned with the fossil fuel industries, with investments into coal seam gas and coal production stepping up in the past two decades, while gas and coal-fired power stations “also feature prominently in the region,” according to the Western Downs Regional Council local authority.

However, investments into renewables have also stepped up considerably. Even prior to the state government’s mid-2022 commitments to accelerating Queensland’s energy transition – including promising funding for large-scale and community battery storage, there were more than 5GW of renewable energy projects in the pipeline in the Western Downs region alone as of the end of 2019.

More recently, Queensland celebrated the inauguration of the state’s biggest BESS to date, a 100MW/150MWh system in the Darling Downs, a region about 900km north of Neoen’s new project, by developer Vena Energy in August.

Another state-owned company, power generator CS Energy, is developing its own large-scale renewable energy hub in the Western Downs, including a 100MW/200MWh BESS at the site of a CS Energy-owned integrated coal mining and power generation operation.

As with the Western Downs Battery, CS Energy’s project will feature Tesla’s Megapack utility BESS solution, and the state government expects it to come online before the end of 2023.

Meanwhile Neoen said the Western Downs Battery brings its pipeline of BESS in operation or construction in Australia up to 776MW/1279MWh, which includes the country’s largest, the 300MW/450MWh Victorian Big Battery.

Earlier in December, the company was granted planning approval for an even bigger project in the country, its proposed Collie Battery in Western Australia, which could be up to 1GW/4GWh. Local authority Collie Shire granted approval for the planned facility.

Neoen said in November that thanks to its Australia portfolio, the company’s energy storage revenues almost tripled year-on-year for the first nine months of 2022 versus the same period in 2021. 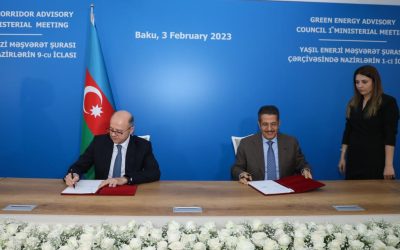