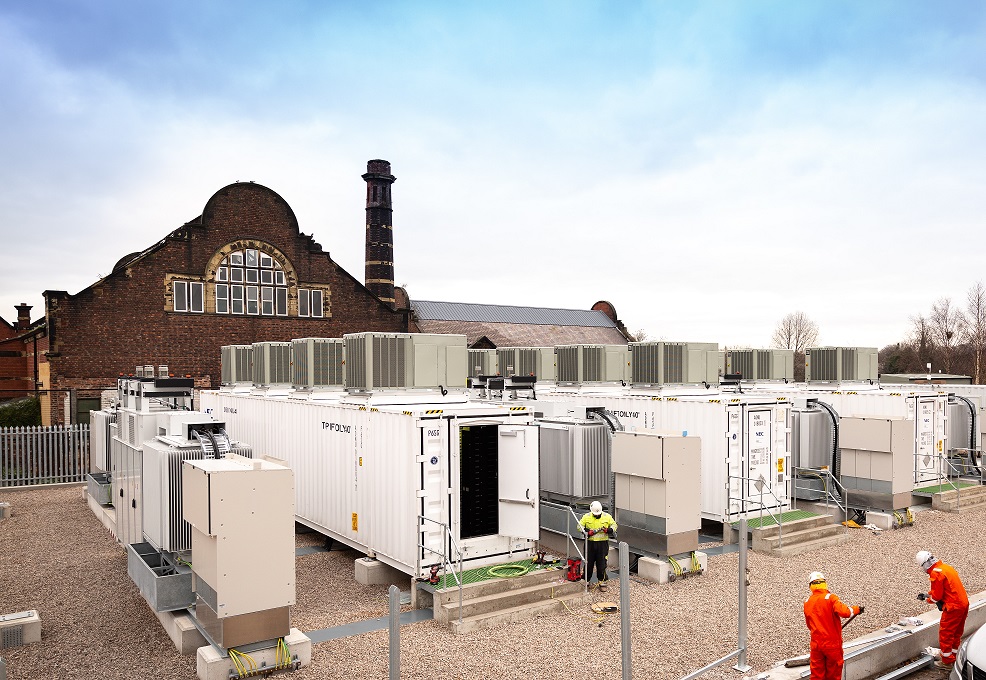 The project, Carnegie Road, sees batteries housed in three containers. The lithium battery and power conversion system have been supplied by NEC’s Energy Solutions division, headquartered in Massachusetts, USA. NEC’s Grid Storage Solution (GSS) is in place, with the two companies having worked together previously on the Bay State Wind project in Massachusetts. Energy-Storage.news reported on the project as it was first announced by Orsted in April last year.

As mentioned at the time, details on the applications the system will provide and the business model behind it have not been given, except that Carnegie Road will help to balance the grid through matching supply with demand, implying that some form of frequency response service will be delivered.

Orsted has already got one battery project in operation in the UK, a 2MW/2MWh behind-the-meter system delivered in partnership with ABB, but Carnegie Road marks its first foray into large-scale grid batteries. In late 2017, CEO Henrik Poulsen stated Orsted’s commitment to a transition to a low carbon, green and sustainable energy system and that his company was working to establish “a scalable commercial model” for solar PV and energy storage, viewing both as potential drivers of long-term growth.

“Our electricity consumption pattern is changing and is becoming less predictable as we use more electronic devices and electrify our transport system. The way we generate electricity is also changing as we add more low carbon sources from wind and solar to the grid,” Orsted’s Bridgit Hartland-Johnson said.

“These changes mean that the way we balance and operate the grid, also need to adapt to become more agile and flexible. The combination of storage and renewable energy means we can now deliver infrastructure that enhances grid operations and ultimately delivers much better value for us as consumers,” Hartland-Johnson, who heads up energy storage project development at the Danish company’s onshore division, said.

In a series of comments given for an upcoming blog on Energy-Storage.news looking back on 2018’s successes and challenges, and setting out conditions for a successful 2019, NEC VP of marketing for Energy Solutions Roger Lin said that a “cleaner and more efficient energy sector”, is vital to combat climate change.

“Broadly, a cleaner and more efficient electricity sector, including generation, transmission, distribution, and loads will require intelligently-operated energy storage to enable more PV, wind, demand response to work in concert,” Lin said when asked what the industry and society need to do to unlock the potential of energy storage.

According to Lin, as well as much-vaunted reductions in cost for batteries, other system components such as “power conversion systems, balance-of-plant, and EPC/installation costs are becoming more important as the most expensive part of an energy storage system (the battery) gets cheaper.”

“Lithium ion pricing has dropped over the past few years to create tremendous reductions, but look for system integration advances to keep the industry on the declining cost curve’s pace.”