Navigant: Utility scale battery capacity to multiply by over 100 in nine years

The annual energy capacity of batteries&nbsp;used in utility-scale applications will be seen to increase&nbsp;by a factor of more than 100 between now and 2023, according to a new report published by US analysis firm Navigant Research.

'Advanced Batteries for Utility Scale Storage' report from Navigant asserts that the annual energy capacity of batteries used for applications such as easing grid integration of variable renewable energy sources will stand at 412MWh this year. From this figure, a leap by a factor of 124 is expected over nine years - with the analysis firm predicting 51,200MWh of annual energy capacity by 2023. In other words, the increase is equivalent to an annual growth rate of 71% each year through to 2023. The report features a series of global forecasts in a number of areas including capacities for energy and power, revenues, chemistries and business cases.

The report refers to several manufacturers "racing ahead to build manufacturing facilities".&nbsp; Principal research analyst Sam Jaffe said scaling up was seen as crucial by manufacturers seeking to be competitive.

&ldquo;Lithium ion manufacturers have raced ahead in building manufacturing facilities, giving them considerable advantages in the ability to meet large-volume orders and utilize economies of scale in order to bring prices down,&rdquo; Jaffe said.

The report notes that advances in battery electrochemistry are enabling batteries to play a greater role in grid management, although Jaffe noted that lithium-ion and its subchemistries remain the clear leaders of the available options.&nbsp;

EV maker Tesla, is expected to reveal details of a 'gigafactory' for manufacturing its own lithium-ion batteries. Although not currently in the field of stationary storage, Tesla's chief technical officer JB Straubel hinted in a recent appearance at The 2014 Energy Storage Symposium in Silicon Valley that the company's new facility would not only be providing batteries for cars but could extend to residential solar PV storage and even to utilities in the "hundreds of megawatt hours".

SAFT's 20 megawatt-scale containerized lithium-ion (Li-ion) Energy Storage of the type deployed in Hawaii. Image: SAFT.
Regions where large scale batteries are already being to serve grids and utilities include the US island territory of Hawaii, where requests for proposals have been issued by the Hawaii Electric Company (HECO). Analyst Dean Frankel of Lux Research has contributed&nbsp;a guest blog&nbsp;to this site on Hawaii's approach to storage.&nbsp;The islands that comprise Hawaii already have a high penetration of renewable sources, with around one in 10 households served by HECO having solar PV systems on their rooftops. Battery maker SAFT installed two lithium-ion energy storage systems on the main island, one of several large scale storage projects in Hawaii listed on the US Department of Energy's&nbsp;energy storage database.

The Navigant report sees Asia Pacific as the global region with the highest volume of advanced battery sales expected, as well as the region with the highest potential for growth in sales. This is due to the relatively "immature" power grids in the region and an electrical infrastructure which requires "much work" in many Asia Pacific countries.&nbsp;

In the US, it remains to be seen if a recent ruling to overturn FERC Order 745, which allowed demand response firms to participate in the wholesale energy markets by giving capacity held by DR firms the same market value as that held by wholesalers, will have a long term impact on the battery market. Demand response, effectively a large scale balancing act for electricity networks, was originally thought to be a strong revenue generation possibility for battery operators, and a potential market driver.&nbsp;

JB Straubel of Tesla discusses the company's enthusiasm for batteries 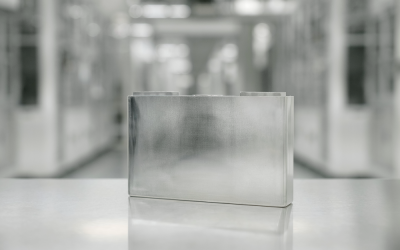 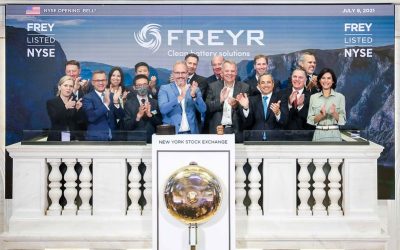