National Grid: ‘Don’t put all your eggs in the frequency response basket’ 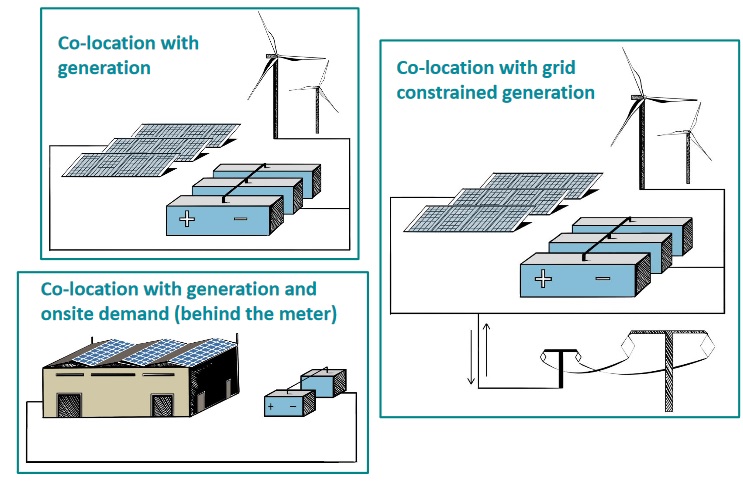 A representative of National Grid, the UK’s transmission system operator (TSO), has said that energy storage will be “integral” to the network’s flexibility strategy – while urging developers not to rely solely on early frequency regulation contracts.

Claire Spedding, head of business development at National Grid, spoke at an event last week to launch “Energy storage: the next wave”, a market report on the technology and industry around it in Britain. The report is published by Regen, a non-profit consultancy promoting renewables and energy efficiency.

The report focuses on how Britain has already built a 500MW pipeline of utility-scale energy storage, some 100MW of which is deployed – and where Regen sees the market going next. To launch the comprehensive report, which looks at business models including co-location with solar, different technologies and policy and regulatory issues, the association invited Spedding and representatives of other energy system stakeholders to speak at an event in London.

“From my perspective at the system operator, we’re in really exciting times at the moment,” Claire Spedding said.

“Last summer we saw a huge increase in the amount of solar on the system and it was a completely different way of operating the system. We will never go back again to the way we used to operate the electricity system.

“This year will see the first business day when we have no coal generation at all on the system. We’ve broken renewable records, we’ve broken solar records – and that’s the direction of travel.

With the penetration of renewables set to increase on the network comes a corresponding need for network flexibility –which energy storage could help provide. Especially on days like the cool beginnings of the British summer, when there is lots of sun, a lot of wind but also low temperatures, balancing the grid can be an arduous task, Spedding said.

With fewer and fewer conventional generation assets operating to provide flexibility as they had done in the past, Spedding believes batteries, with their sub-second response times, could be an important grid asset. Other energy storage technologies could have important roles to play too.

National Grid, which has already said it will review and potentially overhaul the way it creates markets for grid services and products, is “absolutely committed to facilitating a flexible network”, the business development head said, adding that last year’s first-ever enhanced frequency response (EFR) tender was specifically designed to “kick-start” the market. It seems to have worked, with 200MW of projects awarded with contracts in the first round.

However, while markets for EFR and other services are being created and can be lucrative, contract terms are typically fairly short. While EFR contracts are now four years long, which provides some certainty for project owners and developers, firm frequency response (FFR) contracts are still two years long and are awarded in monthly tenders.

“I would make one appeal, which is: don’t put all of your eggs in one basket and build your entire business case around FFR,” Claire Spedding said.

Spedding then echoed something that has been heard about the advanced frequency response market in the service area of US transmission network operator PJM, where competition has led to a now-saturated market.

“It’s a small part of the opportunity that’s available. FFR is a finite market. It’s getting increasingly competitive and as you get more participation in the market the prices are going to cool down and we need to be looking at other revenue streams and stacking revenue streams together”.

The UK’s energy storage and wider clean energy sectors now await with baited breath the outcomes of National Grid’s ongoing “System needs and product strategy” consultation, which is expected to lead to a raft of changes to the way grid services are procured. Spedding promised a less complex, more unified way of doing things and emphasised that other ancillary services, such as the capacity market and balancing mechanism, could provide further opportunities. 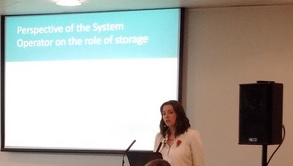 In a previous market assessment report published this time last year, Regen had likened the UK’s energy storage sector to an “unsolved Rubik’s Cube”, where tech, regulation, policy and other factors were yet to align to unlock the sector’s potential.

This year, Regen and lead author Ray Arrel were able to look at the success of energy storage so far, and possible future directions of travel. The 498MW of storage capacity awarded ancillary services contracts in the past year across 26 sites is already dwarfed by the huge numbers of grid connection requests Britain’s regional distribution network operators (DNOs) are receiving for energy storage projects. One, Western Power Distribution (WPD), was found to have had 91 enquiries for 1,664MW of storage, of which so far, it has been able to connect just 26MW to the system from four sites, despite having accepted connection requests for 1,275MW of the total – and 77 sites.

The report identifies future growth scenarios for energy storage that envisage between 6GWh and 50GWh being added to the system, with the EFR and FFR-driven ‘first wave’ to be followed by subsequent waves when co-location with renewable generation and behind-the-meter business models become more viable in the early 2020s and then again in the mid-to-late 2020s, when more mature business models will lead to an expanded market.

While there is a great deal of positivity around the interest already shown in UK energy storage, for example around plans for DNOs to procure flexibility locally and become distribution system operators (DSOs) instead, Regen still sees “mixed messages” in policy and regulation which require more clarity.

Some government and regulatory decisions, such as low VAT (value-added tax) rates for solar and storage equipment and National Grid’s plans to simplify its services and procurement process were hailed as positive, while others, such as the de-rating of batteries for the capacity market were considered negative.

Regen looked closely at the business case for co-locating storage with generation, and speakers at the launch event said one of the main advantages was that solar farms have existing grid connections, potentially saving developers a big cost to connect. However, energy price arbitrage and other applications such as peak load reduction which could require multiple hours of storage may still be some way off from being economically viable in many cases, Regen found. Allowing more aggregation of behind-the-meter systems could be a way to work around this challenge.