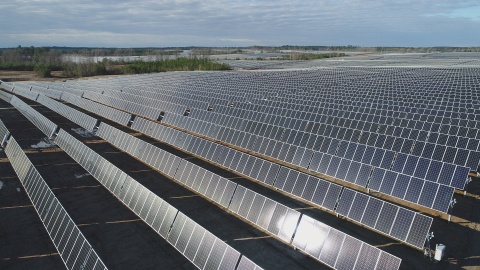 Florida municipal utility group Gainesville Regional Utilities (GRU) and Origis Energy have teamed up on a new solar project that will include 12MW of storage.

The 50MW FL Solar 6 large-scale solar project will be the first of its kind in the GRU service area. It is being constructed in Alachua County by energy solutions provider Origis Energy, with completion slated for late 2022.

“FL Solar 6 is the next step toward meeting our goals of providing our entire community with affordable alternatives to fossil fuels and meeting our long-range goal of 100% renewable by 2045. It’s an all-around win for our customers, our city and the environment,” said GRU general manager Ed Bielarski.

In 2018, the City Commission for Gainesville approved a resolution that set a goal of 100% renewable generation by 2045. GRU has been developing renewable resources to help reach this goal, including; Deerhaven Renewable Generating Station, a 103 MW biomass-fired power plant; 3.6MW of landfill gas-fueled power facilities, and 18.5MW of feed-in tariff accredited solar PV.

Additionally, it has approximately 9MW of customer-owned and net-metered solar currently connected to its distribution system.

“Solar plus storage on this scale will help Gainesville achieve its 100 percent renewable energy goal,” said Johan Vanhee, chief commercial officer and chief procurement officer at Origis Energy.  “We are honored to bring cost effective power to GRU customers and applaud City leaders as they continue to model clean energy leadership in the Sunshine state.”

In 2019, major US utility Florida Power & Light Company announced it was planning a 409MW battery storage system to compliment an existing solar power plant, in what it hailed as the world’s largest battery energy storage system.