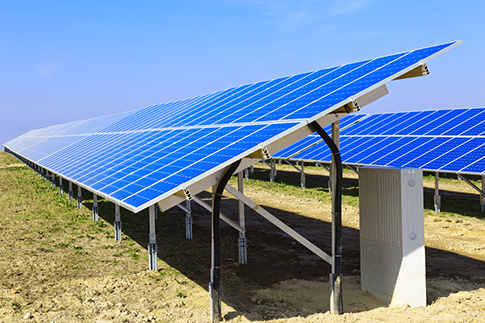 MPower has developed projects in Australia and New Zealand that include large-scale solar PV and microgrids. Image: MPower.

Australian energy provider MPower has been selected to deliver a grid-scale battery energy storage system in New South Wales that could save the local grid operator AU$1 million (US$0.78 million) a year in network upgrades.

Grid operator Endeavour Energy launched a tender in March to award contracts to design and build the project, which will be a 1MWh battery installation. The battery system’s strategic deployment is intended to support a new housing development and reduce network costs associated with getting grid power to those homes.

The project is to be built at a forthcoming substation site in West Dapto, a suburb in the Illawara region of NSW. That substation will serve more than 21,000 homes and almost 5,500 apartment blocks and other multiple occupancy dwellings.

In a ‘Directions’ paper issued by Endeavour to outline the organisation’s network planning up to the end of June 2024, Endeavour said it would be hosting residential energy storage trials in the summers of 2017 and 2018, as well as the grid-scale trial. Of the latter, Endeavour said it is part of an investigation into how energy storage can support capacity requirements in new development areas.

Endeavour said that where in the past it was compelled to take mobile substations towards remote communities, or build new permanent substation structures, grid-scale batteries could “potentially allow modular and rapid deployment of network capacity increases to defer network investment”.

1MWh project ‘adds a new era technology into the grid’

The battery will charge during low load times and discharge to meet peaks in demand in evenings and afternoons. It could also be used to test the efficacy of energy storage for ‘islanding’ purposes, where the batteries and connected distributed energy resources like rooftop solar would be disconnected from the grid and tested for their ability to function independently of the network. In doing so and creating a microgrid, the system’s ability to continue supplying power in the event of network outages will be assessed.

Tag Pacific, an investment company and parent to MPower, which pitches itself as “merging” the power grid with the role of an ESCO (energy service company), announced Endeavour’s selection of MPower to the Australian Stock Exchange (ASX) last week. MPower will design, build and implement the project, expected to be online by summer 2018 as well as providing support and maintenance once it is in operation.

Tag Pacific said the battery system could “potentially” delay the need for the “major capital expenditure” on the grid to deal with growing peaks in demand as the 20,000+ new homes are built.

“MPower has a long-standing reputation and an enviable track record in distributed power systems, from large scale solar installations to utility, hybrid and microgrid power systems,” Tag Pacific CEO Nathan Wise said, adding that “the benefits of energy storage are starting to shine”.

MPower projects director Anthony Csillag, said the project, “adds a new era technology into the grid that performs like other generators on the network, particularly in relation to network control and protection.”

“The system will also resynchronise to the grid seamlessly to transition from islanded operation to grid connected operation.”

When the project was first announced earlier this year, Endeavour Energy general asset manager Ty Christopher said its deployment at that location “could reduce network investment by up to AU$1 million per year which keeps downward pressure on network charges”.

“This helps us provide customers a safe and reliable power supply without having to build more expensive network upgrades right away,” Christopher said.

“When installed, we expect to defer construction of our West Dapto Zone Substation for several years.”

A recent report from Navigant Research sought to identify drivers and opportunities for energy storage systems to provide grid stability and reduce the need for spending on transmission and distribution (T&D) infrastructure. However this report focused mainly on commercial and industrial (C&I) and aggregated residential systems, rather than front-of-meter grid-scale energy storage.