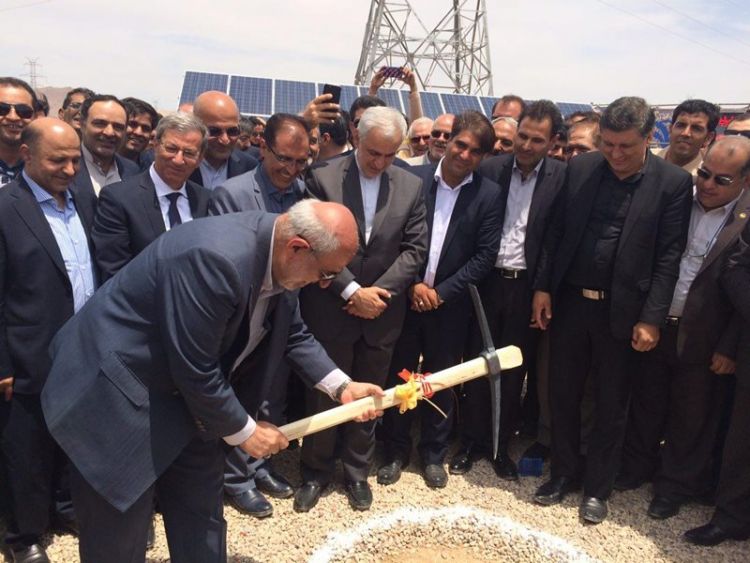 There is increasing high-level interest in the potential for energy storage in the Middle East, with grid-connected systems forecast to reach 1.8GW in the region by 2025, according to I.H.S Markit.

This interest, from the likes of government agencies and utilities – many of which are state-owned – comes primarily from the burgeoning interest in utility-scale PV plants, an energy asset class which the region has wholeheartedly embraced in recent years according to Julian Jansen, a UK-based senior analyst with the research company.

“We are seeing that total deployment, the overall installed base by 2025 in the Middle East region, is going to reach around 1.8GW of grid-connected energy storage,” Jansen said.

“With a lot of that growth, to caveat, it’s going to be seen more towards the end of the period. Up to then, it’s going to be quite a slow market to get going until about 2020. Then we’ll see some strong growth.”

The region is at present unquestionably a small market as far as energy storage and especially utility-scale advance battery energy storage is concerned. The majority of the Middle East’s installed base comes from just one project, a 108MW sodium-sulfur battery energy storage project for Abu Dhabi Electricity and Water Authority supplied by Japanese company NGK. While Jansen said it was hardly controversial to state that energy storage is in its infancy in the region, it was unlikely to remain the case long term. One developer with experience of the region, Sami Khoreibi, CEO of Enviromena, recently blogged for this site that energy storage will transform Middle East and Africa’s energy market over the next 10 years.

“What we see now is that interest is ramping up very significantly,” Jansen said.

The UAE, Saud Arabia and Qatar are among the region’s countries that have enjoyed progress in solar PV in very recent times, with all of them adding significant utility-scale projects. Meanwhile Jordan, another of those countries to see large-scale PV rollout underway, signed a Memorandum of Understanding (MoU) for a 20MW battery-based energy storage system with AES Corporation in 2015.

“We are forecasting the [PV] market [in the Middle East] to be almost doubling between 2016 and 2017 in terms of PV installations, from a small base, to be fair, but that’s quite significant growth. It will then start slowing down a little bit towards 2020-2021, but it’s quite rapid growth until 2019-2020,” Jansen said.

From there, the addition of energy storage seems like a logical choice and system costs will have fallen even further by then, Jansen argued. It will not be long before the low cost of solar – tenders in Dubai drove utility-scale prices down to US$0.029 per kWh in 2016 – allows project developers and owners to combine the two technologies and create ‘dispatchable solar’ assets with business models to match.

“I think if we’re really looking at where we are now with storage costs, and the combination with solar, we’re starting to get into an area where you can create attractive PPAs, that couple storage with solar as long as you size the storage system correctly,” I.H.S Markit's Julian Jansen said.

“I think while solar was the initial start to that, I think storage will be the next area. We are hearing a lot of interest from government supported agencies and utilities in the region to at least explore storage in the first step but in the long term commercially deploy it.

“That’s just a natural evolution of the kind we’ve seen in Europe, it’s always going to start off with more pilot-type projects that will then grow over time and specifically.”

Quizzed on the type of market, policy or regulatory frameworks we might see springing up to govern or even support energy storage industries and deployment in the region, Jansen said he saw it, again, as being similar to the fledgling solar industry.

“[On the policy front] you never quite know what will happen. In the short term it’s primarily going to be tenders for utility-scale solar, feed-in tariffs  (FiTs) in some countries or net metering in some countries, I think that’s going to be some of the core things. Obviously Jordan’s having a few large-scale [PV] tenders, they’re growing [their] net metering policy. [In North Africa] Algeria is developing PV tenders and FiTs. So it just gives you an overall policy mix driving PV which I think in turn will potentially reflect on energy storage, because we don’t see any specific macro drivers purely for storage right now, other than funding from government agency or the willingness of state-owned utilities to invest in energy storage,” Jansen said.

“A lot of the tenders in Jordan and UAE come from state-owned utilities, so the same type of model [for support] as well as the kinds of funding or multi-lateral funding [that are] available for some of these countries.”