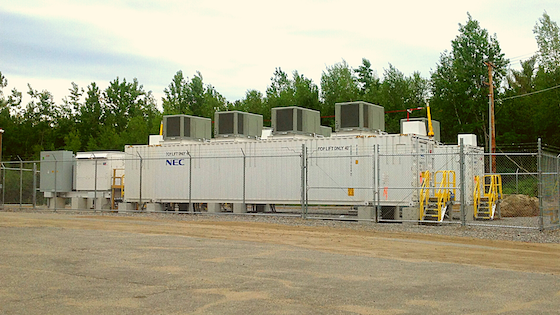 Janet Mills, Governor of Maine, has signed legislation that makes hers the ninth US state to have adopted a deployment target for energy storage.

On 22 June, the governor’s office announced that Mills had signed ‘LD 528: An act to advance energy storage in Maine’. It sets out a state goal for energy storage development of 300MW of installed capacity within Maine by the end of 2025 and 400MW of installed capacity by 31 December 2030. Beyond that date, the Governor’s Energy Office will set the state goal once again and repeat the process every two years after that.

The goal is on the lower end of the existing targets and mandates adopted by US states so far. Most recently, Connecticut passed a 1,000MW by 2030 deployment target, which state Governor Ned Lamont signed last week. At the upper end of the scale are Virginia’s 3.1GW by 2035 and New York’s 3GW by 2030 targets. California, Nevada, New Jersey, and Massachusetts are all somewhere in between, while Oregon —  the second to introduce a target in 2015 after California — is doing things slightly differently and mandated that two major utilities procured 5MWh minimum by 2020 and then no more than equivalent to 1% of their peak load each year after that.

However, the Maine target is far above an original 100MW by 2025 that was called for when the legislation was introduced a few months ago. The state is now set to enact programmes to encourage energy storage deployment, including a 15MW pilot programme to put storage into critical care facilities.

The state’s regulatory Public Utilities Commission will also by the end of 2022 take steps to configure electricity rate design to accommodate and encourage energy storage growth, such as time-of-use rates and incentives to lower peak demand for power. Again, pilot programmes are expected in this area, as are reviews of transmission and distribution costs. The commission is also ordered to consider a renewable power-to-fuel pilot programme.

The Energy Office of the governor will conduct an energy storage market assessment study that will review opportunities and challenges to reaching the goal, with a report expected to be submitted to the Joint Standing Committee on Energy, Utilities and Technology by the beginning of March next year.

Maine’s independent administrator for energy efficiency and emissions reduction, the Efficiency Maine Trust, will also look at options to support energy storage measures and how they can reduce or shift demand or balance the electric system’s load in other ways as well as by reducing peak demand.

The US national Energy Storage Association (ESA) welcomed the news and ESA Interim CEO Jason Burwen described summer 2021 as the “Summer of Storage in New England”.

“Maine is now the latest state in the region to enact policies that accelerate energy storage development—as well as becoming the ninth state in the U.S. to adopt an energy storage target. We applaud Governor Mills and Senator Vitelli for their leadership in accelerating storage deployment to meet the state’s clean energy and resilience priorities,“ Burwen said in an ESA statement.

“Just because you see a future where we’re going to have a tonne of renewables, and the business case for storage will be self-evident in the future, well, the investment decisions that are largely going to determine supply mixes in the future are being made today,” he said.

Storage targets catalyse action and instruct public and private organisations to learn more about energy storage and how it can help enable lower emissions, higher renewables and lower-cost, reliable electricity networks, as well as giving some investment certainty to the desired trajectory of deployment. That said, as Burwen explained, the approach taken varies greatly from the mandated approach of California and New York, which has driven or continues to drive energy storage adoption forwards, to aspirational goals and targets such as New Jersey's, which thus far has not led to a great deal of activity.