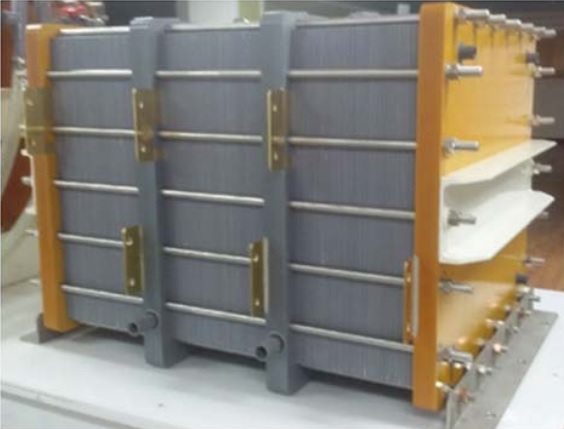 With a view to creating a mass market design for vanadium flow batteries, Australia’s Protean Energy will deploy a 4MWh battery energy storage project in South Korea that will be researched over eight years of operation.

The ASX-listed company is involved both with vanadium resources as well as creating energy storage systems using vanadium pentoxide electrolyte, producing its own stack technology, V-KOR. V-KOR ‘stacks’ individual vanadium redox flow battery (VRFB) cells within a main system stack, unlike most vanadium flow battery designs in which the whole system is one large ‘cell’. Protean claims this lowers manufacturing costs and improves battery performance. The company connected its first project to the grid in Australia in August, a 100kWh system in Western Australia.

Protean, via its’ 50%-owned Korean subsidiary, KORID ENERGY, has been awarded AU$3 Million in funding towards a trial 1MW/4MWh system by the Korean Institute of Energy Technology Evaluation and Planning (KETEP). KETEP's various areas of research and development include extensive focus on renewables and advancing energy technologies overall including the Energy Storage System (ESS) Technology Development Program. The award to Protean is part of a wider AU$9 million project in this area. The institute selected the provider through a competitive process for the project, which is anticipated to run for 96 months. It is hoped the trial will double the energy density of vanadium electrolyte, in turn reducing the physical footprint of Protean’s V-KOR battery.

South Korea is best known as home to some of the world’s biggest lithium battery suppliers including Samsung SDI, LG Chem and SK Innovation but this project aims to develop a mass production VRFB through lowering costs and improving manufacturing processes for Protean’s 25kW V-KOR stack. Protean said KORID’s commercialisation strategy will include targeting the market for large-scale commercial and industrial (C&I) projects.

South Korean chemical company Chemtros will manufacture and supply electrolytes, while other partners are:

Read Long Time Coming, a feature article published across two quarterly editions of PV Tech Power, looking at the tech, the ambitions and strategies of four flow battery makers, here on the site, or download it as a free PDF from 'Resources' to keep and carry (subscription details required).