KORE Power argues for bankability of NMC for US utility market 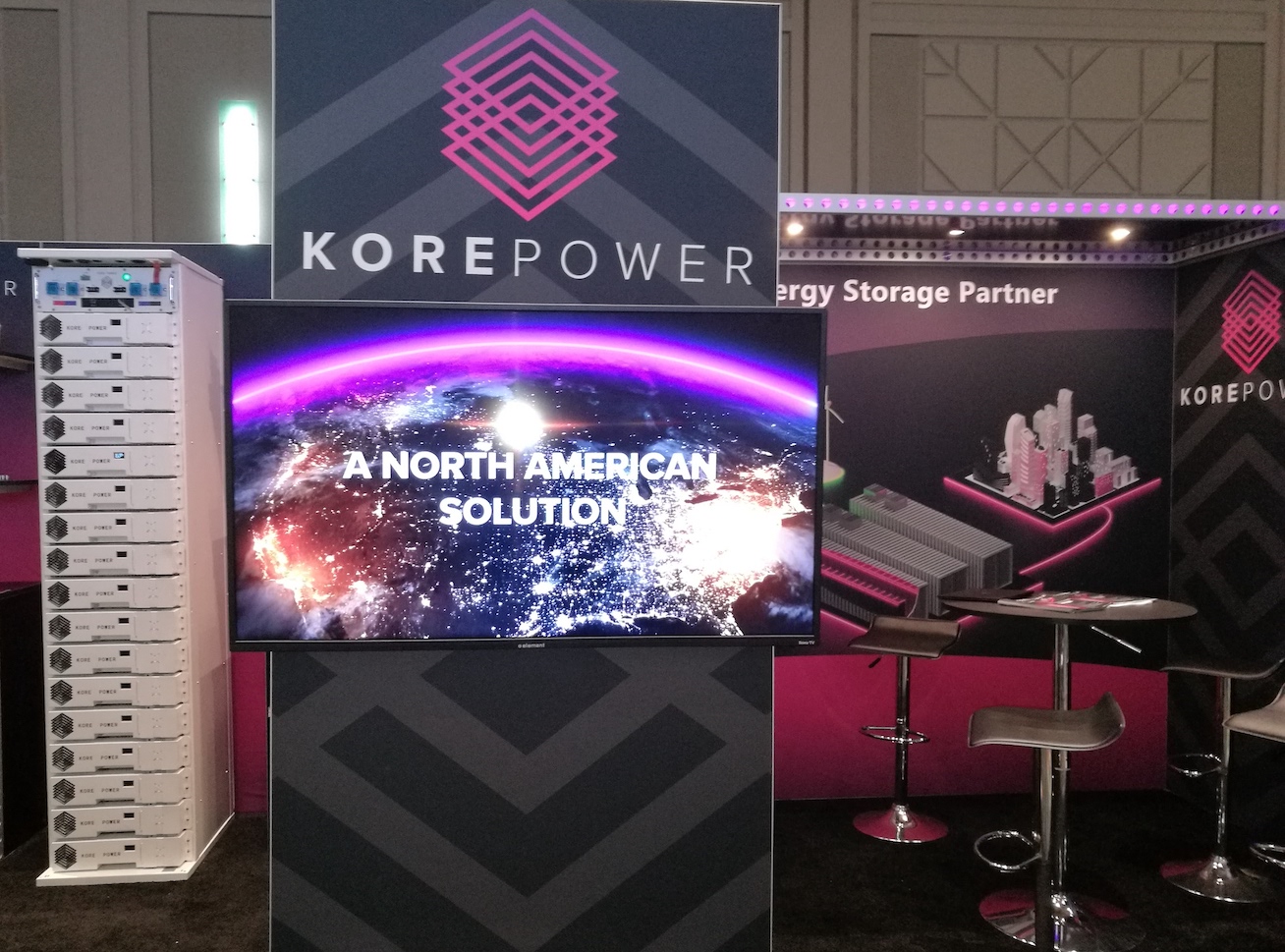 KORE Power said it has narrowed its search for a domestic gigafactory site down to four US states. Image: Andy Colthorpe

“CohnReznick’s expertise and track record in the renewable energy industry is a terrific fit as we bring our pure-play battery and storage systems to the next level. With this additional equity capital, KORE Power will be well-positioned to continue its robust growth and rapid development,” KORE Power CEO Lindsay Gorrill said.

CohnReznick has executed more than US$19.5 billion worth of renewable energy asset project and corporate transactions since 2008. On the deal with KORE Power, company senior managing director Nick Knapp said that a “scalable, fully integrated and cost-effective solution to power storage has never been more important,” to the momentum of the clean energy industry.

KORE VP of sales Scott Osborne told Energy-Storage.news at last month’s show that through its partnership with Do-Flouride, a relatively big player in China but one that had never exported before, the company will have a factory with 6GWh battery rack capacity up and running next year. Meanwhile, Osborne said, he believed large-scale storage in the US is “just getting started”.

“If you look at it, for the first time [at this show], I’ve started to hear utilities talking about owning storage. Texas is changing its legislature so distribution can finally have storage. Everything else until now has been independent power producer (IPP)-driven,” Osborne said.

“Utilities are just getting their heads around storage. They’re also procuring solar in the same way, which is also great. Once the IPP thing is getting into full steam, utilities themselves will have the confidence to go ahead with storage projects, you’ll see another way for storage projects to come from utilities.”

On the choice of NMC, the energy dense, high power chemistry of lithium-ion often favoured by the electric vehicle industry, Osborne said that recent concerns over the safety of using batteries with cobalt may be misplaced.

“If you hook up a battery and don’t properly install it with the inverter, you’re going to cause a fire, I don’t care what the chemistry is. What I’ve heard is that very often it’s integrators that haven’t been proven in the industry [that cause fires to happen],” Osborne said.

“Sometimes that’s not true, sometimes there are defects in the cells, but we don’t think that choice of technology makes the difference. The quality of integration is what makes all of the difference.”

Testing processes, standards and fire regulations now exist that did not before, Osborne said, which are also helping make choice more transparent for customers and stakeholders.

Energy-Storage.news has heard that several utilities in the US are now stipulating via their requests for proposals (RFPs) that NMC batteries not be proposed for large ESS projects. At SPI, a representative at KORE Power’s rival Eon Battery, which makes lithium iron phosphate (LFP) batteries and battery energy storage systems for from residential to utility-scale, said that local authorities having jurisdiction (AHJs) in the US are starting to push back against cobalt systems.

Eon Battery’s 6.4kWh, 48V module has received UL1973 certification, making it one of the few makers to meet standards including those set out in the International Fire Code (IFC). Meanwhile Eon and other LFP proponents also argue that LFP allows for longer cycle life and typically comes with a 10-year warranty.

‘Made in the USA’ at next giga-plant

As for KORE Power’s ambitions and manufacturing plans, the company said it has reached pricing of US$230 per kWh for its rack and has a longer term plan to manufacture in the US.

“We want to build in the US. Our next plant we’re narrowing down to four states and we want to build a 10GWh plant, it’s our intention to do that, eliminate tariff issues, ‘Made in the USA’ will be a big deal [in future],” Osborne said, adding that KORE also wants to ensure no software or monitoring of its systems will be provided remotely from China but instead from control centres within North America.