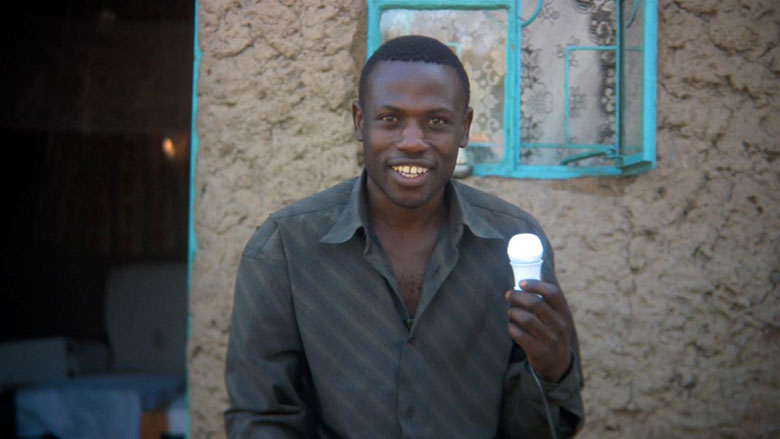 Power in Kenya has been touted as a US$14.8 billion opportunity over the next five years. Photo: Brad Bell/Flickr Creative Commons

Kenya's government has launched a plan for total electrification in the country by 2022, which acknowledges the role that off-grid systems, mini-grids and stand-alone solar plants can have in complementing extensions to the grid and mitigating higher loads.

Power in Kenya has been touted as a US$14.8 billion opportunity over the next five years across power generation, transmission, distribution, off-grid electrification, mini-grids and solar systems for homes and institutions.

The government and the World Bank today launched the Kenya National Electrification Strategy (KNES), which uses a geospatial tool to identify least-cost options for bringing electricity to households and businesses throughout the country. The data will assist national and county policymakers in making informed decisions regarding grid and off-grid investments required for electric service provision. The KNES also highlights that the crucial role that the private sector will need to play in providing off-grid solutions to remote parts of the country.

Kenya has already been taking advantage of its rich renewable resources and has emerged as one of the global leaders in the use of geothermal resources as a clean fuel for power generation, according to the World Bank. It also now has the highest electricity access rate in East Africa at 75% both from on-grid and off-grid solutions, according to the recent Multi-Tier Framework Energy Access Survey Report, but that means still 25% lack power.

Charles Keter, cabinet secretary, Ministry of Energy, said: “Tremendous achievement in scaling up connectivity has been made over the last few years. Total access to electricity now stands at 75%. However, there was a need to come up with a new National Electrification Strategy to deal with the challenges of bringing the entire country under electrification in an economically viable manner.”

The KNES was prepared with support from the Energy Sector Management Assistance Program (ESMAP).

JinkoSolar recently supplied 55.7MW of its modules to the Garissa Solar Power Plant in Kenya, which is expected to be one of the largest solar power plants in central and eastern Africa once it is completed.

The country will soon have a solar airport and Nairobi is currently one of the main cluster zones of C&I solar projects in Africa.