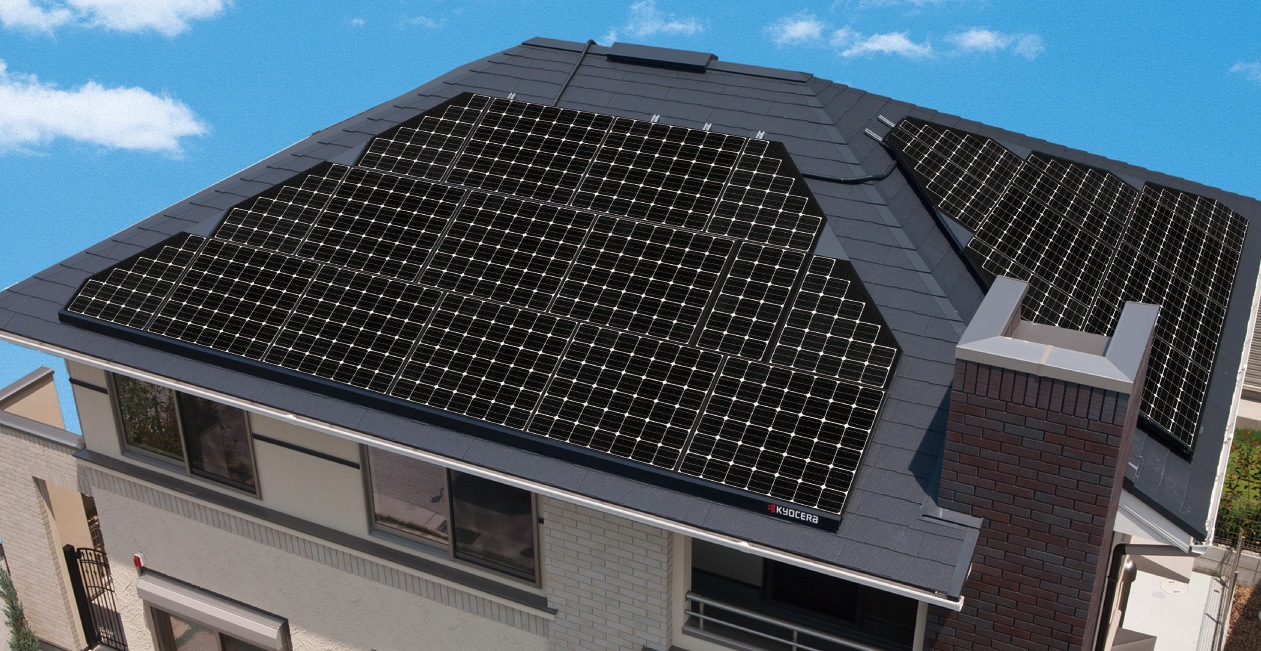 The company confirmed last week that it is continuing to participate in trials and development activities for virtual power plant (VPP) projects under the government's Ministry of Economy, Trade and Industry’s (METI) SII (Sustainable open Innovation Initiative), which is just opening up this summer to sign up public customers.

The current phase of the SII, following on from initial activity in 2014, looks at three prefectures of Japan and will run until February next year. Two of Japan’s main utilities, which are also operators of the national grid network, Kansai Electric Power and Tokyo Electric Power Company (TEPCO), are involved as well as energy management company ENERES and national telecoms provider KDDI.

Kyocera’s home energy management systems (HEMS) will be deployed to control the company's storage batteries, while the project’s partners will “serve as aggregation coordinators integrating multiple resource aggregators and assuming a virtual power trading market,” Kyocera said in a press release. The systems will be capable of reacting within 15 minutes or five minutes of receiving “a major signal of demand response” depending on need, while the project will assess how quickly the VPP network can respond to what the company called “ever-changing electricity demand signals”.

Also announced a few days ago, Softbank, a major mobile phone network provider which has since been a major player in the Japanese energy turnaround beginning with the 2011 Fukushima nuclear accident, developing solar PV plants in Japan and overseas, will join METI’s VPP efforts. Softbank will join SII as a B-1 VPP Aggregator Business participant, which according to the SII mini-site are those actors that will “conduct VPP demonstration, establish a technical demonstration and establish institutional issues for VPP construction”.

Changing dynamic of Japan’s market as liberalisation kicks in

The announcements follow closely from the market introduction to Japan of virtual power plant technologies from overseas providers Stem Inc from the US C&I market and Moixa, from the UK’s residential sector.

There are several market dynamics in play driving forward the interest in behind-the-meter VPPs in Japan. Following the introduction of the feed-in tariff (FiT) system in 2012, set at a high level to encourage growth, the PV market exploded in Japan, mostly for large-scale solar farms. Grid capacity in some regions is now constrained and there have also been efforts to encourage more growth of residential system deployment.

As the FiT declines and new ways are sought to maximise the value of solar, the country is in the meantime undergoing a process of liberalising the electricity retail market with hundreds of new providers from different business sectors clamouring to join existing utilities in signing up customers.

In Solar Media’s recent Global Storage Opportunity 2018 special report, created by Energy-Storage.news, Silvestros Vlachopoulos, an analyst at Delta-EE’s Distributed Power Service, said that prior to deregulation there were just 10 suppliers, the grid companies that include TEPCO and Kansai Electric. This number has risen to more than 400, with gas companies and telcos among them.

The liberalisation is set to be complete by 2020, by which time Japan will also have implemented a law that all new residential buildings should be designed to be ‘zero energy’, which is likely to involve solar PV and batteries. Also, in 2019, half a million homes with PV systems on a legacy FiT established in 2019 will see their premium tariffs expire, which has been cited as another 'inflection point' for driving storage demand.

Vlachopoulos also said two emerging trends are the growing numbers of partnerships between energy and non-energy companies and an overall increase in competition. While the analyst was writing specifically in terms of the opportunities market liberalisation could bring for companies headquartered in the UK, he also pinpointed some of the issues underlying this opportunity.

“The importance of flexibility will be higher in Japan compared to other countries. This is because Japan lacks interconnection with other countries that could provide some energy to balance the system in times of need,” Vlachopoulos said.

Additionally, smart meter rollouts should be completed across the country by 2024 while the government has a goal of deploying 10,000 home battery systems over the same period. Capacity and real-time energy trading markets will open by 2020, all adding compelling reasons why Japan might want to deploy energy storage systems that can be aggregated and utilised as a flexibility resource.