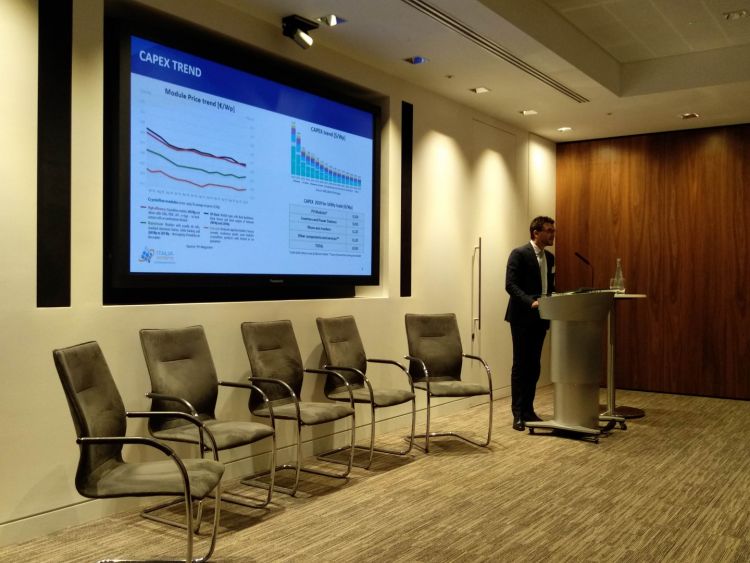 The colossal solar boom Italy wants to drive in a decade could lie beyond reach if developers do not act to embrace energy storage more decisively, industry players have argued at a recent event.

A recent session by association Italia Solare examined whether the country that used feed-in tariffs (FiTs) in the 2000s to build Europe’s second top PV market can now reverse years of standstill, using new contracts-for-difference auctions to boost installed capacity from 20GW-plus to 55GW in a decade.

Giles Clark, who chairs a working group on large-scale solar at UK PV trade body STA, did not appear optimistic on Italy’s utility-scale prospects. “As an investor, I would not look at [Italian] large ground-mounted projects except under very special circumstances,” he told the London event. “People who will build large will be subject to the whims of markets, plus permitting rules in farming land.”

Clark seemed, however, more bullish on the economics of energy storage, which he described as the “elephant in the room”.

“We’ve hardly spoken about the subject and yet people who are able to deploy storage will make money,” he remarked. “Batteries will help stabilise prices and the big question for Italian PV owners is – do you own the battery or do you rely on the market?”

To read the full version of this story, visit our sister site, PV Tech.