The February 2021 energy crisis in Texas was yet another stark reminder of just how broken our national power grid is and how difficult the energy transition will be. The shift to renewable energy will come with unintended consequences such as price spikes from less mining and drilling, or times when the wind doesn’t blow.

Battery storage is the most obvious medium-term solution to help immediately stabilise the grid and act as a catalyst to help enable greater penetration of intermittent renewables generation, writes Andrew Waranch, founder, CEO and president of Spearmint Energy.

Institutional capital and public sentiment, which has finally started to focus on the climate crisis, can help by directing attention and thoughtfully targeted investment to our urgent energy infrastructure needs. We are at a tipping point when it comes to capital investment and energy solutions, Waranch says.

When the Texas power grid froze in February of 2021 after an unprecedented surge of severe winter storms battered the state, it provided yet another example of what experts already knew: our national power grid is broken and in dangerous need of investment.

Not only that, but if we are going to successfully reach the objectives of the Paris Climate accord to achieve Net Zero by 2050, or transition to a clean energy economy, it will require massive investment in our energy infrastructure to get us there.

Over the past three years, pension funds – European in particular, driven by programs such as the European Sustainable Finance Directive – and other ESG-focused institutional investors have set a new, accelerated standard for large allocations into the climate and clean energy space.

Looking at the power markets specifically, through a combination of tax incentive programmess, Renewable Portfolio Standards (RPS), and new policies, investors on the upstream and consumers on the downstream are calling for a sea change – an evolution of the electricity market as we know it.

Society has reached a tipping point where not only these institutions, but also the public at large, realise the reality and urgency of the climate crisis and are finally willing to take actionable steps to impart real change.

And yet, while clean energy investments are increasingly seen as a profit opportunity, very little attention has been paid to what needs to happen to ensure that the renewable energy grid will work.

Unfortunately, while we see capital flows into both debt and equity within power markets, almost none of this capital is currently leveraged for trading and energy offtake, creating a gaping void within the market.

That void is a problem because, without effective energy trading and storage strategies, financing projects will not be efficient and will fail to scale at the rate needed to combat the climate crisis in the time we have left.

We don’t all want to be left stranded, as Texas was in the winter of 2021.

The most well-known renewable power sources – wind and solar – provide intermittent generation, given that the wind doesn’t always blow, and clouds can at times block the sun. On their own, the instability of solar and wind creates significant reliability challenges for the grid.

Drawing on lessons learned from the years-long overnight wind congestion in Texas to the continued worsening of solar ramp issues in California, it has become painfully clear that excessive, rapid renewable buildout leads to unintended consequences.

The power grid was not designed to handle the large day-to-day, or even second-to-second, swings in intermittent generation. As a result, batteries will be required to smooth out the energy flow and ensure a safe and robust grid.

Looking ahead to the next 10 years and the continuing surge of renewables on the horizon, it’s easy to see the parts of the grid where we will have repeats of these problems across the US.

Reflecting on Texas, of course, the State’s energy grid today is very far from fully renewable. And that is precisely the point.

The state could see unsafe decreases in solar power of over 20,000MW or 30% of total supply during sunset if its solar queue is fully built out.

So, how do we solve these problems that are not only persisting but worsening? We launched Spearmint Energy because we believe battery energy storage can do just that.

Despite lithium-based batteries being used since the late 1980s, we believe that there is a newly emerging opportunity today for a few reasons. Prior to 2019, the price of lithium-based storage was too high to be economical, and regional and Independent System Operator (ISO) policies did not offer the right mix of revenue streams to incentivise large projects.

Banks were hesitant to support construction without utility offtake, and the traditional RFP process was and continues to be painfully slow, politically charged, and very costly for those that don’t receive an award.

Today, however, given evolving policy changes, including programs such as Massachusetts Clean Peak, batteries are financially viable in several regions of the US, and we expect that within five years, most of the country will be in the same place.

Standalone storage and batteries added to new or refreshed wind and solar projects will all be pieces of the puzzle. In fact, research services forecasts show that for energy transition scenarios where we successfully achieve Net Zero, we will need up to 750,000MWh of storage, vs the 6,000MWh installed today.

There’s no doubt in our minds that the minimum amount of required storage will need to match the pace of solar growth and will be determined by both investment and carbon policies.

Several developers across the country are creating unique solutions to drive the clean energy transition. We’ve seen some developers working on microgrids that combine local renewable generation with storage to allow specific businesses or infrastructure with a private, reliable way to exclude themselves from the public grid, while others are using bitcoin miners to reduce load during peak periods as a new source of ancillary services.

Additionally, focus has been given to large-scale transmission projects to open our grid to new supply from Canadian hydro or more desert solar, as well as to new software to combine millions of future electric vehicles to act together to balance the system.

The good news is that there is plenty of energy transition activity underway already, but more needs to be done. We need not only focus only on reducing carbon and making the grid more efficient, but also to do so in a responsible, collaborative manner that considers the communities where we operate, our employees, and other stakeholders, and the objectives of the Paris Climate accord to achieve Net Zero by 2050.

The vast majority of capital flowing into clean energy hopes to solve the climate crisis by building more generation. Additionally, individual consumers and corporations have a strong, increasing desire to purchase clean energy.

But someone needs to be in the middle – someone who can both help mitigate price risk for asset owners and customers. And investors can play their part too, by providing the capital required for offtake strategies.

Through research-driven investing that targets projects located in the best places for the grid, as opposed to the easiest-to-find spots, we can seek to identify specific locations where storage is most needed.

Then, by building projects and trades around the batteries, we can serve as a catalyst that opens bottlenecks on the grid to enable faster, larger renewables buildout, improve overall grid resiliency, and enhance financial returns on storage projects helping asset owners achieve higher and more stable returns.

Furthermore, by providing tolling solutions for developers via renting the battery facility, we can expedite the process and allow those building storage facilities to achieve lower borrowing costs. While this practice has been commonplace in solar and wind for many years, batteries have not participated in the trend. They are a new, far more complicated asset, and require more involved participation.

Projects need a creditworthy offtake agreement, and we believe with time, will also require these agreements be executed with a climate-focused counterparty that doesn’t have exposure to coal and oil.

With this in mind, and in an effort to trade and provide end-to-end around the clock, clean solutions to the market, we must seek to provide traditional offtake for solar and wind generators as well to combine with storage positions.

Looking ahead in the energy transition

Over two dozen firms are building utility-scale storage based on current state and public ISO interconnection queues, and yet we need many more to join the revolution. Each state, down to the county and even town level, will require targeted batteries to solve local problems.

Beyond California and Texas as the immediate targets, we must, as a public, identify where to build for tomorrow and for decades to come.

As we move into this next phase of renewable energy buildout within the power markets, we can and should empower one another to do so in a manner that helps to reduce carbon emissions while making smart investment decisions.

Andrew Waranch is the founder, President, and CEO of Spearmint Energy, a renewable energy company comprised of three distinct strategies, including battery and solar project development, energy storage offtake, and renewables power trading.  Andrew has over 25 years of experience in the electricity power markets as a researcher, trader, and portfolio manager at several energy trading firms. 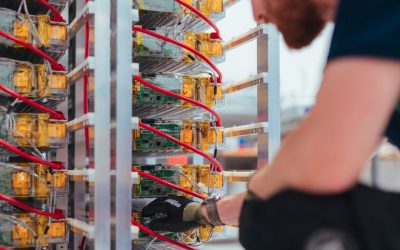 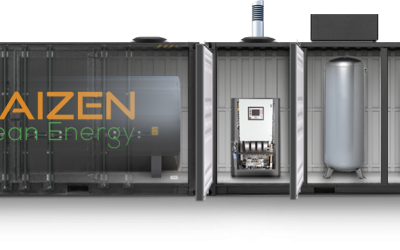