The past decade has seen solar energy leading the way towards a future of affordable clean energy for all. Now, with a little more innovation and a lot more deployment, batteries, whether in electric vehicles or as stationary energy storage systems (ESS), will enable the rise of PV go into its next, even bigger growth phase, writes Radoslav Stompf, CEO of FUERGY, a solutions provider to help optimise energy consumption and maximise the efficiency of renewable energy sources.

Surging from just 7TWh of generated electricity in 2008 to 125TWh in 2019, solar power has fast become a sweeping force in the world of energy. Crowned the fastest-growing source, it has drawn the attention of both individual consumers and businesses looking to expand their consumption of renewable energies.

It’s already clear that the mass deployment of photovoltaic (PV) setups in combination with storage solutions is the formula to resolve the most notorious obstacle to widespread adoption of renewables. With the potential to smoothen imbalances and resolve the intermittency conundrum of unreliable intake, batteries will help us abandon fossil fuel “peaker” plants and introduce a more sustainable, reliable, and efficient energy marketplace.

With batteries today finally reaching the size and capacity that enables renewables to replace medium-sized natural gas generators, a future ruled by solar and storage is just around the corner. And it’s innovation that will play a vital role in the final push.

One reason why pairing renewable energy with energy storage is seeing such strong tailwinds is the increasingly favorable prices of systems. After all, the US Energy Information Administration (EIA) has informed that the costs of utility-scale battery storage in the country decreased by almost 70% between 2015 and 2018. The advances in lithium-ion battery chemistry, as well, contribute to better performance potential than ever before.

Interestingly, advances in consumer electronics, particularly electric vehicles (EV) are also contributing to enhanced batteries. The knowledge collected in the automotive industry’s race towards battery efficiency has benefits for renewables too.

While today, less than 1% of cars in the US are electric, a shift is underway. General Motors has recently announced that it will not sell new gasoline-powered cars and light trucks after 2035, pivoting toward battery-powered vehicles. By connecting its EV to the grid, a household can actually have access to this additional battery storage when the vehicle isn’t in use. That way, EVs can become active participants in the grid both contributing to its reliability and empowering their owners to utilize this surprisingly effective storage.

Added to that, discontinued EV batteries can be used as part of the energy system on a  permanent basis, once the car’s application period comes to an end. EV batteries are often replaced at 60-70% of their initial capacity, but even without full reliability for transport, they can provide immense value within the renewable ecosystem.

Storage solutions finding their way into all energy arrangements

The implementation of “big battery” solutions is advancing fast on all fronts. On the utility level, places like California are leading the efforts, with countries like Lithuania stepping up as well. In fact, Lithuania’s authorities are planning to construct a mass, 200-MWh facility in the future, aiming to be one of the largest battery storage systems in the world worth an investment of US$117 million.

On the commercial level, businesses are throwing their hat in the ring as well. Apple recently announced that over 110 of its global manufacturing partners are now moving to 100% renewable energy–with storage capacities as the cornerstone of these efforts. The project will culminate in one of the largest battery projects in the US, capable of storing 240MWh of energy.

Smaller companies can now access powerful storage solutions too. For example, FUERGY’s implementation of a large-scale smart battery solution with a capacity of 432kWh paired with 599kWp of solar PV panels has shown promising results. The installation on the rooftop of a textile manufacturer in Slovakia shows a payback period of the whole installation at 6.26 years – the country’s norm for PV installations is at 13 years.

Consumer interest is similarly encouraging. In Europe, the residential battery energy storage systems market is enjoying notable growth, with 725MWh of additional capacity installed over 2019. While the pandemic has slowed down the pace of new installations, 2021 is bound to see a positive recovery. In Europe, up to 7.2GWh of residential batteries could be installed by 2024. 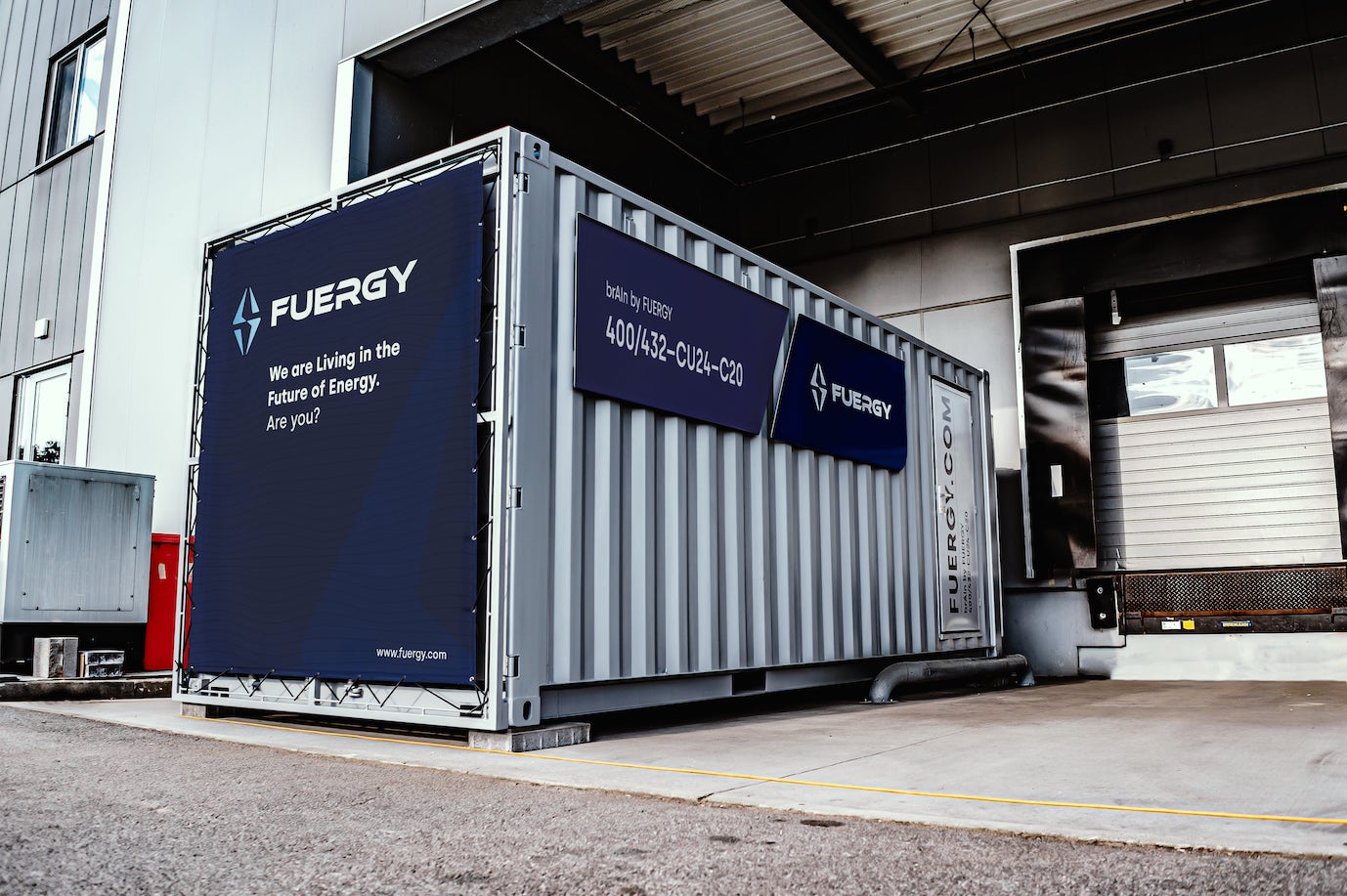 Apart from storing excess energy, storage systems bring other notable benefits. These include frequency rotation (guiding the grid’s electric frequency on a real-time basis) and providing transmission and distribution support to smoothen out the energy flows. With easy integration into the smart grid structures, batteries simply present an invaluable asset.

Smart solutions will play a fundamental role. For now, effective charging remains a major challenge to the expansion of electric vehicles. However, by making them a part of the grid through a specially modified smart EV charger, their batteries can provide ancillary services to the power grid while charging the EV in the most optimal way:

It’s both powerful batteries and mass adoption of EVs that are bringing new life to the grid without the need for infrastructure update. At the end of the day, a grid that incorporates more renewables stands and falls on energy storage – whether that’s from external or EV batteries. 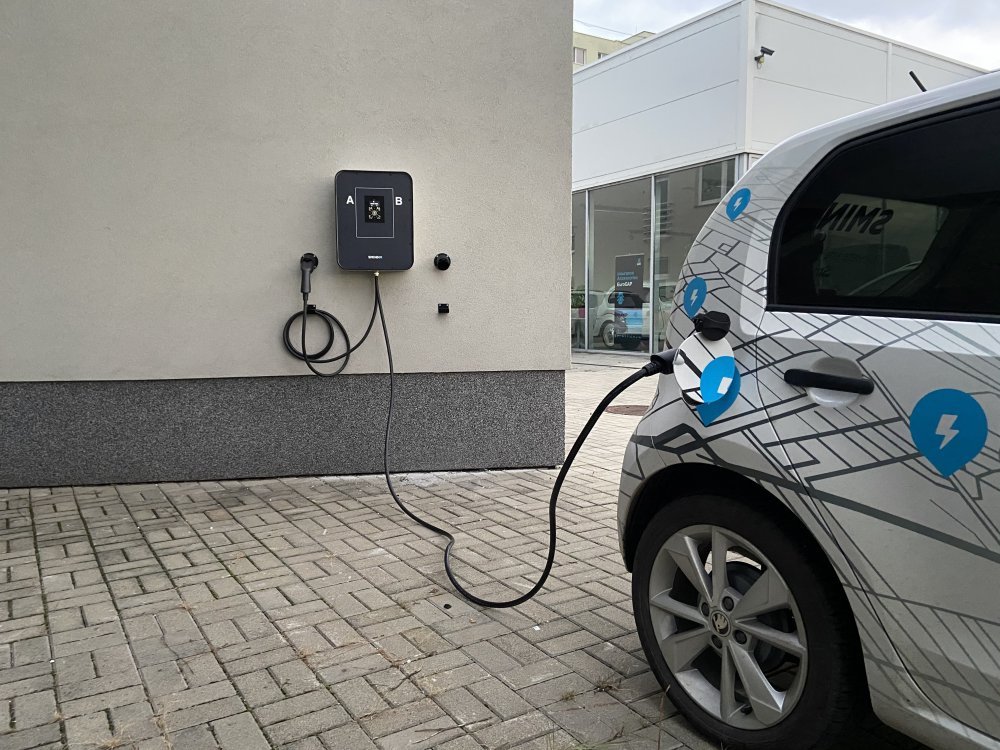 Smart charging of EVs can enable them to become an active asset in the integration of renewable energy. Image: MARTEL Sminn.