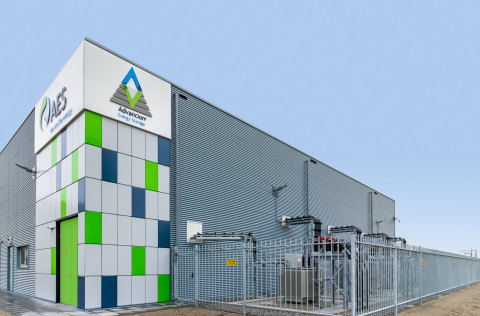 An existing AES Advancion array. The 10MW India project is expected to act as a great confidence booster for policy makers who are forming a National Energy Storage Mission. Credit: AES

The start of construction on India’s largest energy storage project is not only of strategic importance to regulators, but could also drive another wave of utility-scale projects in India, the chief of the country’s storage alliance has said.

AES India, a subsidiary of AES Corporation, and Mitsubishi Corporation started work this week on the 10MW project that will support the network operated by Tata Power Delhi Distribution Limited (Tata Power-DDL), a distribution company (Discom) that serves the North and North-West parts of Delhi. Energy-Storage.News reported in January 2017 that what is claimed to be India's first grid-scale energy battery storage project is designed to aid the integration of rooftop solar in particular.

Walawalkar also said the project was of “strategic importance” for Indian regulators, given that the Central Electricity Regulatory Commission (CERC) had already released a staff paper on energy storage last year.

The project would act as a “great confidence booster” for policy makers, such as NITI Aayog, Ministry of New and Renewable Energy (MNRE) and Ministry of Power (MOP), who are working on a National Energy Storage Mission. In this way, the new project will go towards addressing questions about technology readiness, added Walawalkar.

India’s National Solar Mission (NSM) was particularly successful in driving the local PV market to become the third largest in the world last year, and the nation will be eyeing up similar success in energy storage.

The AES, Mitsubishi project being deployed in Rohini, Delhi, at a substation operated by Tata Power-DDL will enhance grid reliability for more than 7 million customers across the Delhi region.

The Tata Discom has already implemented smart grid technologies with AES and Mitsubishi, leading the way in India with several country-firsts.

The Indian renewables sector has been described as having it’s “head in the sand” in terms of future grid integration challenges, so the deployment of large-scale storage will be welcomed. Only this week, the head of consultancy firm Bridge to India expressed surprise at roughly 2GW of solar tender issuances in the state of Karnataka as he forecasted troubles with grid integration and balancing of such a heavy solar load, particularly as the state also has significant amounts of wind capacity.