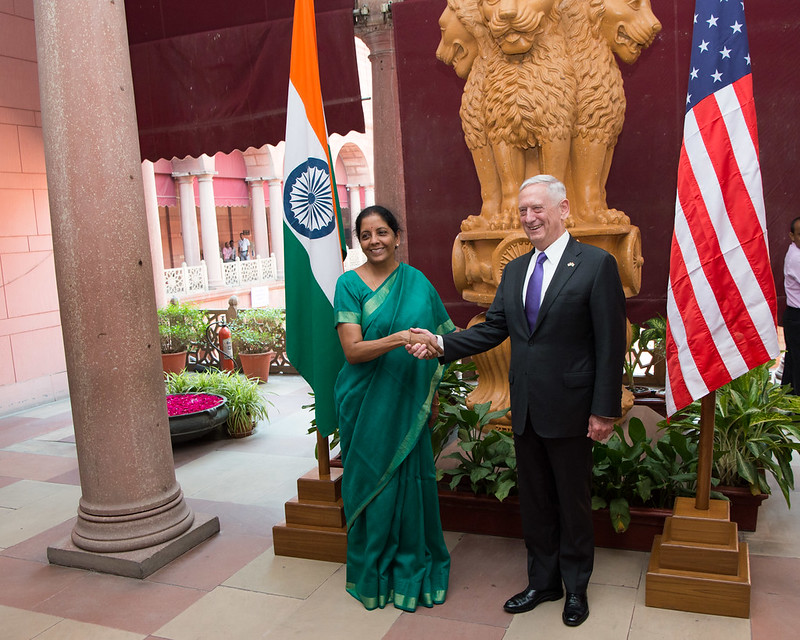 Specific recommendations from a prominent industry group for tax reforms and other changes to support energy storage were not included India’s Union Budget for 2021-2022, but certain aspects of the budget such as the promotion of domestic self-reliance have been welcomed.

The India Energy Storage Alliance (IESA), which includes 120 companies involved in the battery and e-mobility sectors, had made 10 recommendations and requests ahead of the unveiling of the national budget on Monday by India’s Finance Minister Nirmala Sitharam.

In the event, the budget did not answer the calls of those requests from the industry group to directly incentivise or support energy storage. In fact the only direct mention for lithium batteries in minister Sitharam’s speech was to say that customs duties on inputs, parts and sub-parts for lithium batteries – excluding the lithium cells or circuit boards – would be raised from 0 to 2.5%.

Elsewhere, the wider renewable energy sector received some direct funding: the government pledged a “capital infusion” to the Solar Energy Corporation of India (SECI) of ₹1,000 crores (US$137 million) and ₹1,500 crores to the Indian Renewable Energy Development Agency. The other notable direct mention of renewable energy was an acknowledgement that “solar energy has huge promise for India,” after which Sitharaman said India is introducing a “phased manufacturing plan” to build up domestic solar cell and panel making capabilities. In the meantime, the budget raises the customs duty on solar inverters from 5% to 20% and for solar lanterns from 5% to 15%.

Possible reforms of Discoms, which ultimately determine the path that electricity supply and demand can take forwards in India but many of which face various economic and operational challenges, were also announced.

However, despite the lack of inclusion of those direct asks from the group, IESA president Dr Rahul Walawalkar told Energy-Storage.news that some of the provisions of the budget were positive signs towards promoting both the uptake of clean energy and domestic manufacturing. He echoed the government’s viewpoint that raising duties on solar products would “make the country self-sufficient” and reduce reliance on imports, while Chinese companies manufacturing within India “will get a price edge over others”.

During 2020, India’s government said that it would be supporting manufacturing in solar as well as advanced battery cell technologies domestically, designating the two as among a number of “Champion Sectors” under Atmanirbhar Bharat, a scheme to promote Indian national self-reliance through production.

Dr Walawalkar of IESA said that the national programme of production-linked incentives “holds immense importance” as it would accelerate this self-reliance, or self-sufficiency, through domestic manufacturing which would help the country to “enter the global value chain for advanced energy storage technologies”. IESA is committing to developing a “robust R&D and manufacturing sector” in India, Walawalkar said.

Also announced was the forthcoming launch of a national Hydrogen Energy Mission. First mentioned by Prime Minister Narendra Modi at an event in November last year, while details yesterday were still not given, Finance Minister Nirmala Sitharaman said that it is “now proposed to launch a Hydrogen Energy Mission in 2021-2022 for generation hydrogen from green power sources”.

“In line with the industry needs, IESA has already launched the MIGHT- (Mobility and Infrastructure with Green Hydrogen Technology) initiative in 2019 for supporting policies to enable use of green hydrogen in both stationary and mobility sector,” he said.

“We anticipate that advanced chemistry cell battery manufacturing mission and hydrogen mission together can enable India to fast track decolonisation of grid, industrial sector and transportation sector in coming decade.”

Money for research, rural infrastructure among other positives

IESA also welcomed the pledge of ₹50,000 crore (US$685 million) funding towards the National Research Foundation, which the group believed would support that role of advanced cell manufacturing R&D in the AtmaNirbhar Bharat mission. There will also be some tax benefits for start-up companies, which IESA believed would encourage innovation among EV and energy storage startups and “provide a competitive platform for Indian startups to compete with global players”.

“It is high time for the Indian industry to take up R&D and advanced cell manufacturing so that we reduce our dependence on other countries,” Dr Walawalkar said.

In the past Dr Walawalkar and his colleagues at IESA have also spoken of the importance of developing rural microgrid schemes to support the many people in India who do not have access to electricity, or have poor or limited access. Funding pledged for the Rural Infrastructure Development Fund of between ₹30,000 crores and ₹40,000 crores in this year’s budget was a “step in the right direction”. The microgrid business faces fundamental challenges for their economic viability which the funding, and programmes like IESA’s own Microgrid Initiative for Campus and Rural Opportunities (MICRO) could help solve.

“This initiative addresses the fundamental challenges faced by the developers and funding agencies by creating an ecosystem to make microgrids viable and efficient and is actively engaging with the community,” the IESA president said.

“We are confident that energy storage and microgrids have the potential to transform not just India’s electric grid in next the 5-10 years, but also to help advance energy access challenges around the globe.”

Also among other announcements of note according to IESA were vehicle scrappage scheme policies designed to support the shift to electric mobility, schemes to support electrification of public buses and increased customs duties on imported auto parts.

Read full details of the 2021 budget on the India government's dedicated webpage.