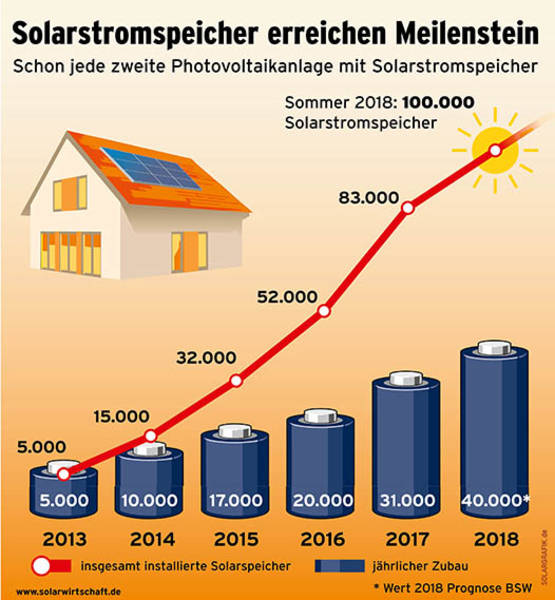 A household just outside Berlin has become the recipient of the 100,000th grid-connected residential battery energy storage system in Germany.

Parliamentary State Secretary at the Federal Ministry for Economic Affairs and Energy, Thomas Bareiß attended an official event to mark the system’s commissioning in Eichwalde. Bareiß hailed the event as an “important milestone” that Germany has reached in its energy transition – referred to domestically as the Energiewende.

The politician said that since 2013 battery costs have fallen by over 50%, making the Energiewende more affordable and expanding “flexibility options” open to grid operators for intelligent load management, while bolstering energy security.

National solar trade group BSW Solar’s chief Carsten Körnig thanked the willingness of German people to invest in this technology for the future as well as the incentive programme put in place by the government five years ago, which offers rebates for equipment purchases. Körnig put forward his view that solar storage should become “the standard” if politicians are serious about the energy transition.

The next milestone to aim for, the BSW Solar managing director, is to reach 200,000 systems in the next two years. The country appears to be on a more rapid trajectory to achieving that goal than many others. By way of illustration, there were around 50,000 systems installed by mid-2017. Energy-Storage.news reported in July this year that as many as 37,000 units were sold and connected to the grid during last year, according to the European Market Monitor on Energy Storage (EMMES) from Delta-ee and trade association EASE.

This had outstripped a Delta-EE forecast of around 31,000 units for 2017. In an interview with EMMES author Valts Grintals, the Delta-EE analyst discussed some of the drivers behind this rise, including sales and marketing that is tailored to householders’ needs.

The 100,000th system, which was a Solarwatt MyReserve residential device, joins 1 million homes in Germany now with their own PV system, as announced by BSW Solar in June. 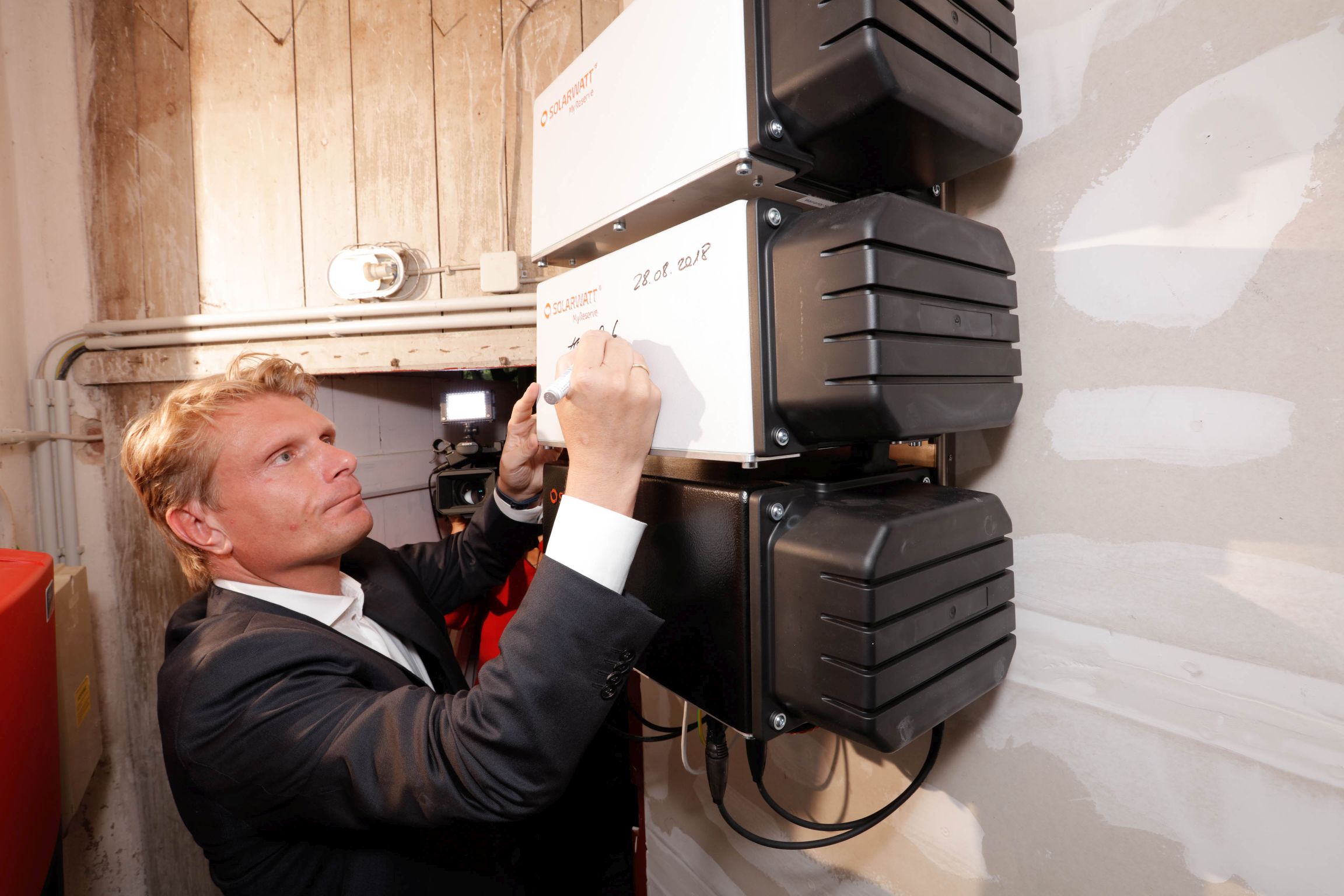