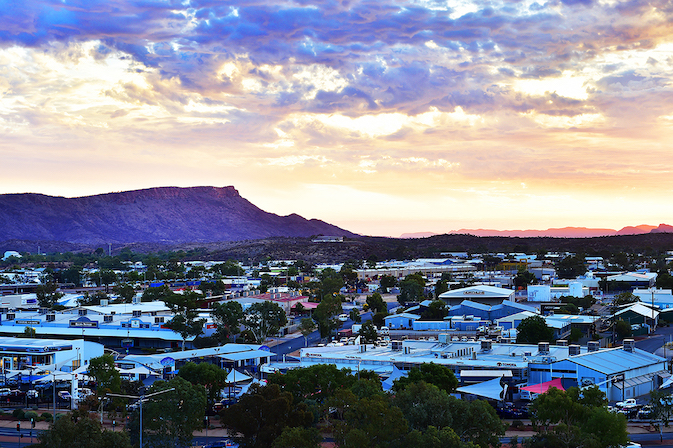 Alice Springs: 300,000 people, 300+ days of sunshine a year and set to be at the forefront of the energy transition. Image: Intyalheme Centre for Future Energy.

A series of smart energy projects in the town of Alice Springs in central Australia could be exemplary to the direction of travel for the energy transition across the country if successful.

Last week, financial support for the Alice Springs Future Grid project was confirmed by the central government, which, through the Australian Renewable Energy Agency (ARENA), will provide AU$2.17 million (US$1.57 million) towards the expected total project cost of AU$9.3 million. The project is being led by the locally headquartered renewable energy centre for excellence, the Intyalheme Centre for Future Energy, part-funded by the government agency Desert Knowledge Australia (DKA) – which in turn received around AU$5 million towards the Centre’s creation via the local Northern Territories state government. The Australian government also put money into DKA through its AU$50 million Regional and Remote Communities Microgrid Fund

The overall aim of the project will be to ensure reliable electricity supplies for the 300,000 local residents and communities in the area up to 130km away. Significantly, the project also aims to support Alice Springs’ local electricity grid get to 50% renewable energy by 2030 by helping to create a planning roadmap.

The town has a place in Australian infrastructure history as the site of a telegraph station built in the 19th Century to relay messages across the country from Darwin in the far north towards Adelaide in the south.

Project will ‘holistically transform town into a robust, dynamic and renewable Future Grid’

The Future Grid will incorporate distributed battery energy storage at up to 50 residential households, as well as a commercial microgrid that could have a battery with a maximum size of 1MW / 1.3MWh, Simons said.

“It is designed to holistically transform Alice Springs into a robust, dynamic, and renewable Future Grid in to achieve the current RET of 50% by 2030. These sub-projects will look at various trials including: developing a multi-objective optimisation tool, in order to strategically target and plan future renewable energy investments, a new combined solar and load forecast tool to potentially reduce current spinning reserve requirements, and dynamic export of solar at a local school.”

The residential battery deployments will trial their aggregation while also being used to test out “new tariff options for the provision of energy and essential system services (ancillary services),” following the removal of a feed-in tariff (FiT) policy which previously incentivised household solar.

With the FiT expiring across Northern Territories regions such as the regulated electricity network in Alice Springs, spokesman Tristan Simons said that “there is now a push to start incentivising more behind-the-meter (BTM) batteries”.

Meanwhile, the community microgrid will be paired with existing solar and used not only as a technical trial, but more importantly to determine how users will tolerate being islanded from the grid, to identify what regulatory barriers exist to implementation of such solutions, to trial a management system with the local System Controller and finally to figure out who should carry liability for electricity supply when the microgrid is disconnected from the local grid.

However, according to ARENA’s Tristan Simons, while the optimum sizing of the microgrid battery is yet to be determined, and site to be selected from two possible options, it’s unlikely the project will later include a utility-scale battery to be connected at a substation or transformer on the grid, as the Future Grid project is already ambitious in scope as it is. 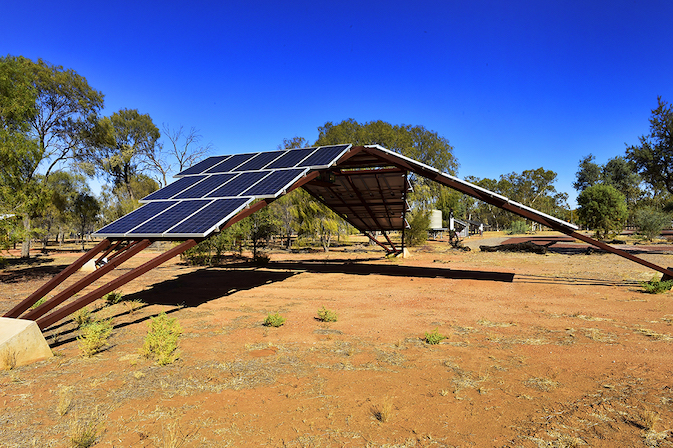 The project could be exemplary for showing the way forward, according to Tristan Simons, with the electricity sector in Australia at a “critical inflection point as solar, battery and wind generation technologies become – or already are – the lowest-cost ways to generate electricity”.

“As investment costs of a wide range of low emission generation technologies are projected to continue to fall, the challenge is now one of system integration – not just of generation. The rise of the prosumer has seen both additional opportunities and challenges: residents and businesses are more engaged and willing participants in the energy transition, but managing this increasing engagement poses its own set of technical and social challenges.”

While a relatively small community, Alice Springs is at the “forefront of the energy transition”, with over 300 days of sunshine a year and a “strong history of supporting solar, community buy-in and engagement”.

It is, Tristan Simons said, “…the optimal location to test a series of interventions on a large scale with valuable lessons transferred to networks and markets across the NT and Australia. In order to make managing this transition a success we know that planning for a carbon constrained future must start today, in order to deliver a clean, secure and reliable power system tomorrow.