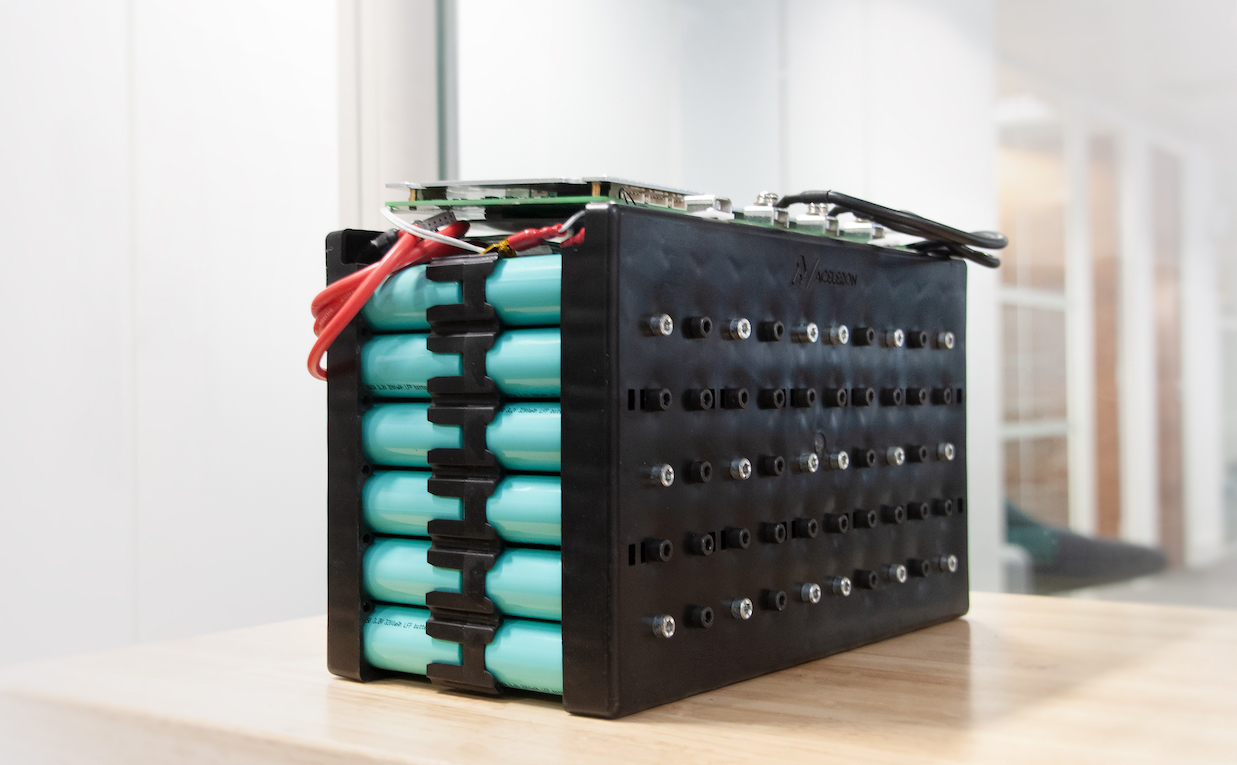 A lithium-ion battery pack specially designed to be easily recycled, made by a UK startup called Aceleron. Image: Aceleron.

Redwood, which is currently developing processes to produce battery materials that can be resold into the supply chain, has partnerships in place with the likes of Panasonic, Envision AESC and Amazon. The company pledges to recycle any device with a lithium-ion battery including phones, laptops and power tools, although a major focus is being placed on electric vehicle (EV) batteries.

The new investment will enable the company to significantly expand its capabilities and create new battery materials within the US, it announced on 28 July. In June, Redwood said it plans to increase the size of its facilities in Carson City, Nevada, to 550,000 square feet, and to build at another large site in Nevada at the Tahoe-Reno Industrial Center. It also wants to recruit 500 more employees in the next couple of years.

“We are excited to begin this investment in the talented and accomplished team at Redwood as they expand their pursuit of building a world-class sustainable, closed-loop battery supply chain for electric vehicles,” T. Rowe Price Growth Stock Fund portfolio manager Joe Fath said.

“In our view, the need for these materials will grow exponentially over time as we enter the era of decarbonisation. We believe Redwood is well-positioned to be at the forefront of tackling this emerging and critically important problem.”

Redwood CEO Straubel was one of Tesla’s co-founders and was chief technical officer at the company before founding his recycling venture in 2017. Straubel had hinted at the scale of the recent investment at an online event hosted by the US Department of Energy in June, telling Secretary of Energy Jennifer Granholm and viewers that recycling can enable very high utilisation of materials, helping to solve a “pretty challenging supply chain problem” that lies ahead.

At that event, which was focused on the challenges and opportunities of creating an advanced battery manufacturing value chain within the US, Secretary Granholm asked Straubel what the investment — which at the time he said would be in the order of “hundreds of millions of dollars” — said about the recycling space today.

Straubel replied that it showed that recycling is already very economically competitive, with recycled materials actually able to compete on price with mined materials. He added that Redwood is finding feedstock from the EV and consumer electronics sectors to be abundant. However, he noted that the market for recycled materials is currently in China, where they are sent to be reused in new products, rather than in North America. This highlighted gaps in refining and synthesis value creation in the US, the CEO said.

What role will stationary storage systems have in the recycling landscape?

Energy-Storage.news has recently heard from two different companies involved in battery recycling in North America and Europe that stationary storage systems will play a significant role in the coming years.

Finnish state-owned energy company Fortum announced its own US$30 million investment into a battery materials recycling plant in June which it hopes to open fully in 2023, capable of recovering lithium-ion, nickel, manganese and cobalt through a hydrometallurgical process, adding to existing facilities the company has in its home country.

Fortum’s head of its battery business line Tero Holländer told Energy-Storage.news that while the largest volumes of batteries for recycling will come from the EV segment, the share of batteries from energy storage systems (ESS) will also be significant.

Similarly, Canada-headquartered startup Li-Cycle, which has facilities in Canada and the US, recently formed a partnership with battery life cycle management company Renewance aimed at cost-effectively and sustainably processing ESS batteries.

Li-Cycle chief commercial officer Kunal Phalpher told the site that the ESS segment has a “crucial role” to play, with EVs “far from being the exclusive point of focus for the industry”.

“Stationary energy storage is playing a crucial role in the big picture of battery recycling, especially in the United States which is experiencing rapid growth and is in need of finding efficient methods to recycle all of the batteries stemming from facilities being decommissioned and/or upgraded,” Phalpher said.

In September last year, analysts from IHS Markit told the audience at an event hosted by our publisher Solar Media that more or less every stakeholder in the lithium-ion battery supply chain will see it as being in their interests to establish an effective recycling industry.