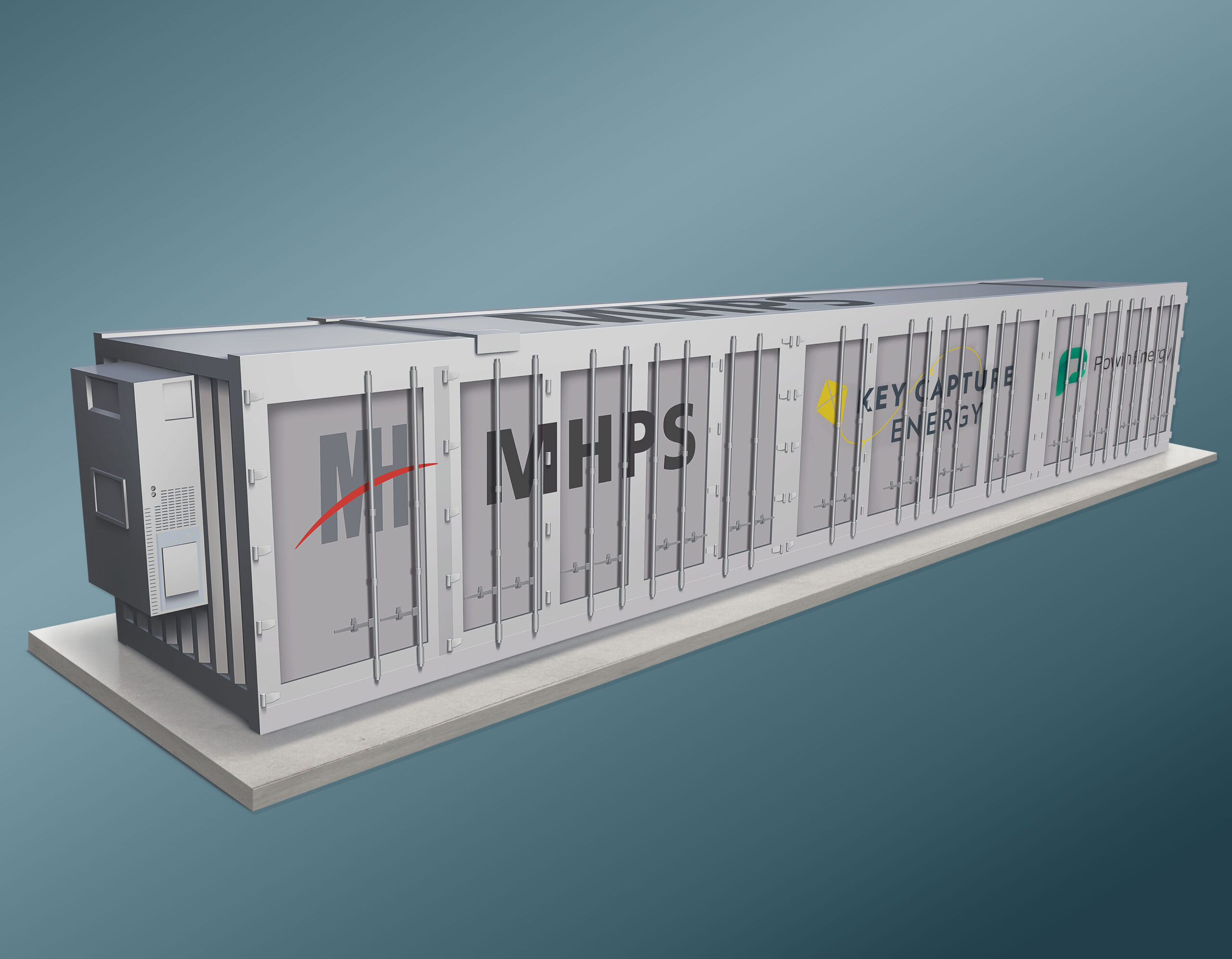 Rendering of the containerised, ‘custom solution’ based on LFP batteries to be used in the three Texas projects. Image: Key Capture Energy / MHPS / Powin Energy.

The developer said it has selected technology partners Mitsubishi Hitachi Power Systems (MHPS) and Powin Energy to supply the 200MW of standalone battery systems, one of 100MW and the other two 50MW each. According to Key Capture Energy, the pair created the solution to meet the developer’s requirements.

“Since our inception in 2010, Powin had set a business strategy to focus on integrating LFP cells because of its durability and fire safety properties,” Danny Lu said in June, although the company is flexible on which cells go into its systems.

Key Capture Energy CEO Jeff Bishop described Powin Energy as one of the industry’s “leading system integrators” in a feature article published on this site in March 2020 (“A developer’s eye-view on North America”), with the pair working together on several projects under construction or in development.

With the 200MW of projects expected to begin construction later this year and be completed and commissioned before next summer, all three project partners are deepening their involvement in the Texas ERCOT market where Key Capture Energy had been a “first mover” in deploying energy storage, a press release issued by KCE and MHPS said. ERCOT operates Texas' electric grid as well as deregulated energy markets which include the supply and dispatch of power and energy for ancillary services and system capacity.

Mitsubishi Heavy Industries Group has to date invested in 2GW of onshore wind and 1.3GW of natural gas, as well as a carbon capture and storage project in the state, while KCE has already delivered three standalone battery storage projects totalling 29.7MW in Texas – all delivered and integrated by Powin Energy.

KCE CEO Jeff Bishop described Texas as “the epicentre of the global energy market,” and said his company looked forward to working on projects there “for decades to come”. The market for energy storage in Texas has been rapidly growing, with a combination of new names and established industry players seeking to deploy battery storage into a state with a rapidly growing need for electric system reliability services.