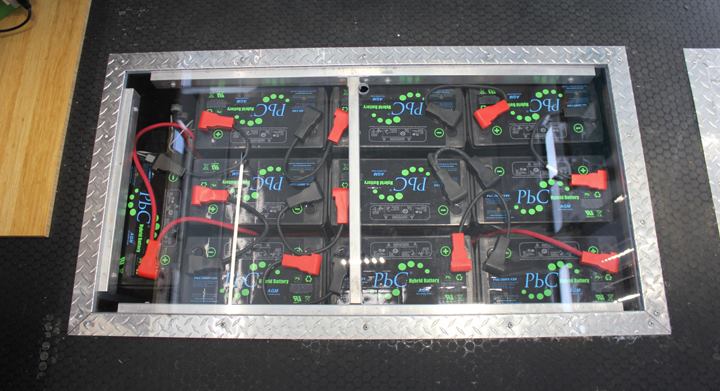 Axion Power International, focusing on “hybrid battery technology” that combines lead acid with the properties of carbon-based supercapacitors, has warned that it is in financial trouble after failed attempts to commercialise its devices.

The company filed an 8-K with the US Securities and Exchange Commission (SEC) on 31 March, the form that must be used to notify shareholders of “major events”. The 8-K warns of “significant financial hardship” caused to Axion Power International by recent “changes, missed commitments and delays” in its plans.

Axion claim this unique battery has certain advantages over lithium-ion, which include the fact that it has faster recharge rates in partial state of charge applications and the lack of need for cooling systems. The company also claims the PcB battery has similar cycle life to Li-Ion of 2,500 to 3,000 cycles at 100% depth-of-discharge. Products in Axion’s range include the 100kW to 1.25MW PowerCube and residential energy storage systems. The company has recently also supplied some off-grid installations in the US.

The 8-K form states that over the past year and three months, Axion made 12 “separate, significant and diligent efforts” to commercialise the PcB battery. These included “aggressive actions to sell, partner, merge or joint venture with other technology, energy storage and battery companies”. According to Axion, these all failed, with the exception of one letter of intent, signed in October 2016 with investment company LCB International and China Shipbuilding Industry Corporation subsidiary Fengfan Co Ltd.

In addition to these failures, Axion also said a competitive marketplace, characterised by the continued fall of lithium prices and the long-term nature of large frequency regulation projects, coupled with the company’s own inability to raise cash meant Axion had been “unable to realise its desired business goals”. Attempts to raise equity capital had also been unsuccessful, the 8-K said.

Also hampering the company’s efforts in recent months had been a series of delays relating to a visit from their Chinese partners, which had also then delayed a series of US$250,000 down payments that were expected. Some US$5 million was expected to come from the agreements with LCB and Fengfan, in the form of US$250,000 followed by quarterly payments of US$875,000 following a technology visit by a Chinese delegation. However the visit was put off until late February 2017.

“These changes, missed commitments and delays have caused the Company significant financial hardship. As a result, Axion is now forced to explore alternatives and may retain the services of a professional business advisory firm to assist in this effort,” Axion’s 8-K filing said.