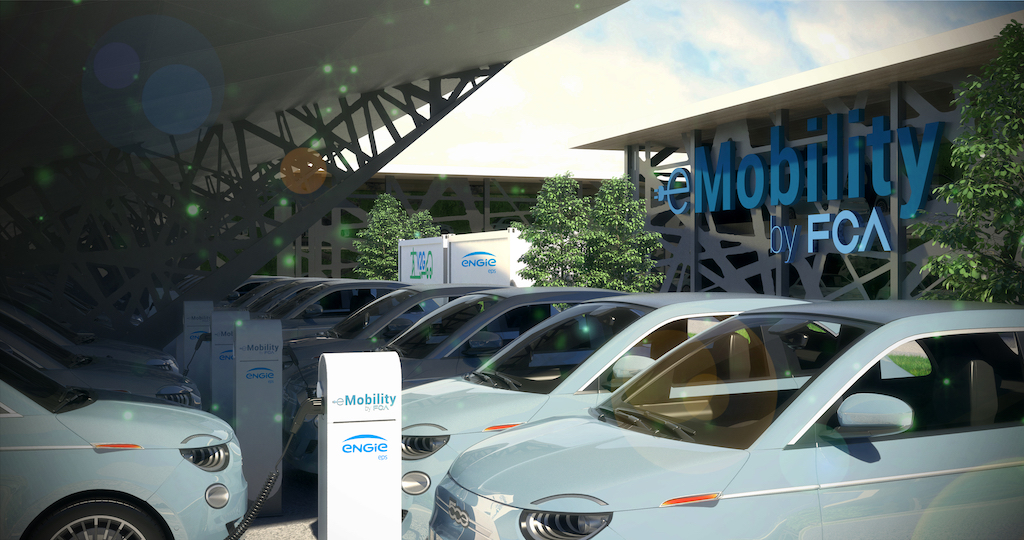 A group of eight transmission system operators (TSOs) across Europe have launched a joint initiative to highlight and develop the role that the grid plays in enabling decarbonisation targets to be met.

The European Union (EU) and Switzerland have committed to becoming carbon neutral by 2050 and the legislative package known as ‘Fit for 55’ seeks to enforce an interim reduction of emissions of 55% by 2030, against 1990 levels.

Transmission system operators will need to be able to help integrate much higher shares of renewable energy onto their networks, adding flexibility resources like energy storage and demand response that enable the matching of demand for electricity with available supply.

This week, TSOs Terna (Italy), RTE (France), Elia Group (Belgium), Tennet (Netherlands and Germany), Amprion (Germany), Red Eléctrica de España (Spain), SwissGrid and Austrian Power Grid published ‘Decarbonising the energy system: the role of Transmission System Operators’ which highlights what they have done so far in enabling this transition and what they will need to do to support it going forwards.

TSO groups are “having to manage an increasingly complex and digitalised system” as Europe progresses towards carbon neutrality, and there are three key ways that they can have a direct impact:

1. Reduction and limiting of TSOs’ own carbon footprints as well as of their value chain partners and stakeholders, like equipment suppliers.

3. Support direct and indirect electrification of different sectors of the economy, with transport and heat being two prominent examples.

In a release sent to media including Energy-Storage.news, the TSOs said they were “strongly committed” to greenhouse gas (GHG) emissions reduction, the support of sustainable development and assisting with the transition away from fossil fuels in the electricity sector. The electricity network will become the “backbone of a greener energy system,” they said, with the EU projecting that by 2050 electricity will cover over 50% of end use consumption of energy, compared to about 23% today.

TSOs need to ensure the delivery of high-quality electric power securely across grids which include both national and interconnected types, while also maintaining the grid’s electrical frequency at 50Hz across the interconnected European system. At the same time their role is now growing to accommodate the growth of variable renewable energy and consumers playing a more proactive role in producing and even managing energy.

The paper argues that, given the important and active role that the TSOs have to play in the decarbonisation journey, it should be a requirement of GHG emissions inventories under common assessment and monitoring frameworks to explicitly mention the network operators’ activities and their respective carbon footprints.

The TSO group offered some examples of work that its members have already been doing and while there is perhaps unsurprisingly a significant focus on the expansion of their wires and poles networks and of interconnections, there are some direct mentions of battery storage as well as green hydrogen and the roles those technologies are playing, or can play in future.

Equigy, a project launched by SwissGrid and carried out with the participation of Tennet, Terna and Austrian Power Grid (APG), seeks to accelerate the integration of energy storage and demand side response at consumer level. Equigy is a platform for “crowd balancing” energy across aggregated devices like home energy storage systems and electric vehicles. The project aims to help create a decentralised electricity network fit for the future.

Also mentioned in the paper is an interconnector project reinforcing the electrical link between the Spanish mainland and the Balearic Islands, which includes 140MW of batteries as fully integrated network components of infrastructure that also integrates synchronous compensators and a transformer alongside 2x 200MW capacity DC submarine link cables. The link, which will be built between this year and 2026, is set to reduce greatly the islands’ dependency on diesel and gas for electricity generation.

We have already seen across Europe that individual TSOs are taking steps to integrate battery storage into their networks where it has a role to play in creating efficiency increases and lowering carbon footprint. To name just a few: Terna in Italy is continuing to hold pilot auctions for fast-responding frequency control grid services, RTE in France is piloting the use of large-scale battery storage to ease network congestion at strategic sites around the country and three German TSOs are undertaking a ‘Gridbooster’ project where large-scale batteries will serve as virtual transmission lines, increasing the electricity-carrying capacity of the network at a cost considerably cheaper than building out more network infrastructure.

Also important to note is that ENTSO-E, a European network of 42 different TSOs from 35 countries, is coming into closer synchronisation, with unified objectives that include enabling the low carbon transition and maintaining internal electricity market functions. The group will also have to fulfil mandates from the EU around these goals. One major step towards this is Project PICASSO, which is an effort to launch a cross-European market for what used to be called secondary reserve frequency control, but is now called automatic Frequency Restoration Reserve (aFRR).

In a recent Guest Blog for this site, consultants Corentin Baschet and Tanguy Poirot of Clean Horizon wrote about the aFRR market launch and why it has potential to be so significant for the energy storage business in Europe. The blog followed on from a Clean Horizon-sponsored Energy-Storage.news webinar on the topic where the consultancy’s CEO Michael Salomon also talked in detail about the coming opportunity.

However, while some opportunities appear to be opening up, concern was expressed in June about the lack of consideration of energy storage by European Union Member States in their proposed economic recovery plans, by 12 national energy storage associations, as well as by the continental European Association for Storage of Energy (EASE).