‘Energy storage should be a key topic’ of EU energy policy, MEPs say 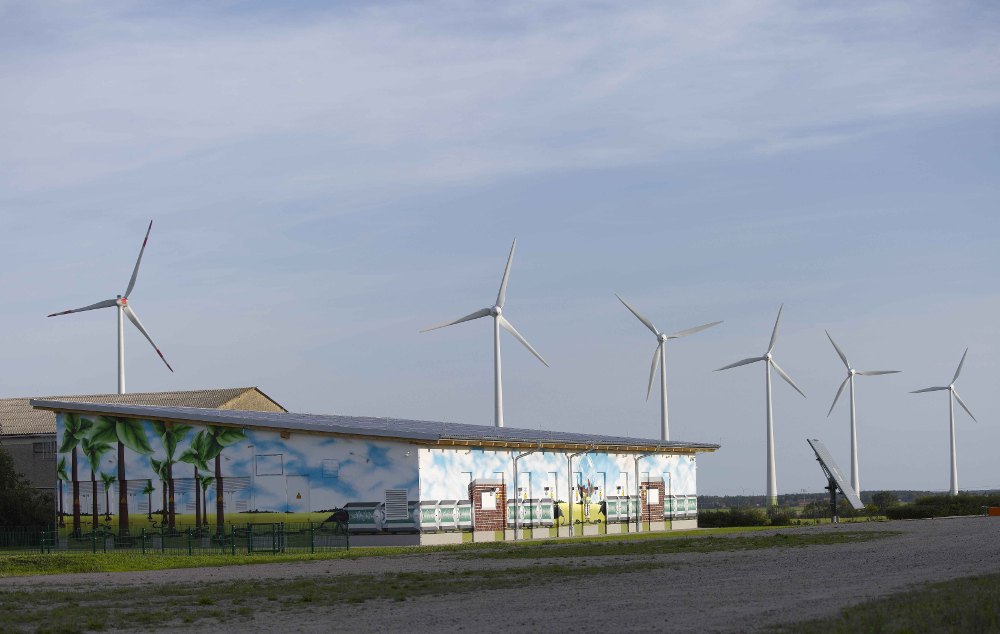 Batteries, hydrogen and other energy storage should be a “key topic of energy policy,” in the EU, Members of European Parliament (MEP) that worked together on formulating a report into the role of storage in a decarbonised, fair and secure energy system have said.

A webinar hosted yesterday by the European Association for Storage of Energy (EASE) welcomed MEPs Claudia Gamon of Austria, Maria Spyraki from Greece, Ville Niinistö from Finland and Denmark’s Niels Fuglsang onto a panel alongside Dr Tudor Constantinescu, Principal Adviser to the Director-General for Energy in the European Commission.

The MEPs gave a series of recommendations based on their report which covered ways to create a “comprehensive European approach to energy storage”. Claudia Gamon, who led its creation, explained that the report is what is called an “Own Initiative” report: enabling MEPs to “think aloud” on a topic and “what can be possible” and then put it before the European Commission, which then makes decisions on implementation.

Gamon said it had been a “constructive” as well as “positive experience” to collaborate with colleagues from other EU Member States. As Energy-Storage.news reported back earlier this year, the report was adopted by the European Parliament with an overwhelming majority, putting it firmly on EU policymakers’ agenda.

It brings together both the need to decarbonise Europe and the significant rise in electricity demand expected on the continent in the coming years. There is a need for energy storage to be “one of the main topics in energy policy,” Gamon said, otherwise problems of security of energy supply will arise.

As EASE president Eva Chamizo Llatas – who is also Director of European Affairs and Head of the Iberdrola Brussels Office – pointed out in her opening remarks, key points that need to be addressed include adopting a technology neutral approach and creation of a level playing field. There is also a necessity for “market forces to foster innovation” and finally the removal of regulatory barriers.

While the EU’s Clean Energy Package made a good start in addressing many of these issues, the EASE president said, the co-authored report also had been right to point out that there is a need to go further and to identify specific other barriers such as the need for smoother permitting processes for projects.

The assembled MEPs gave specific recommendations and areas that should be focused on, both in their brief individual speeches, and also in response to prompting via questions posed by EASE secretary general Patrick Clerens, the session’s host and moderator. These included: 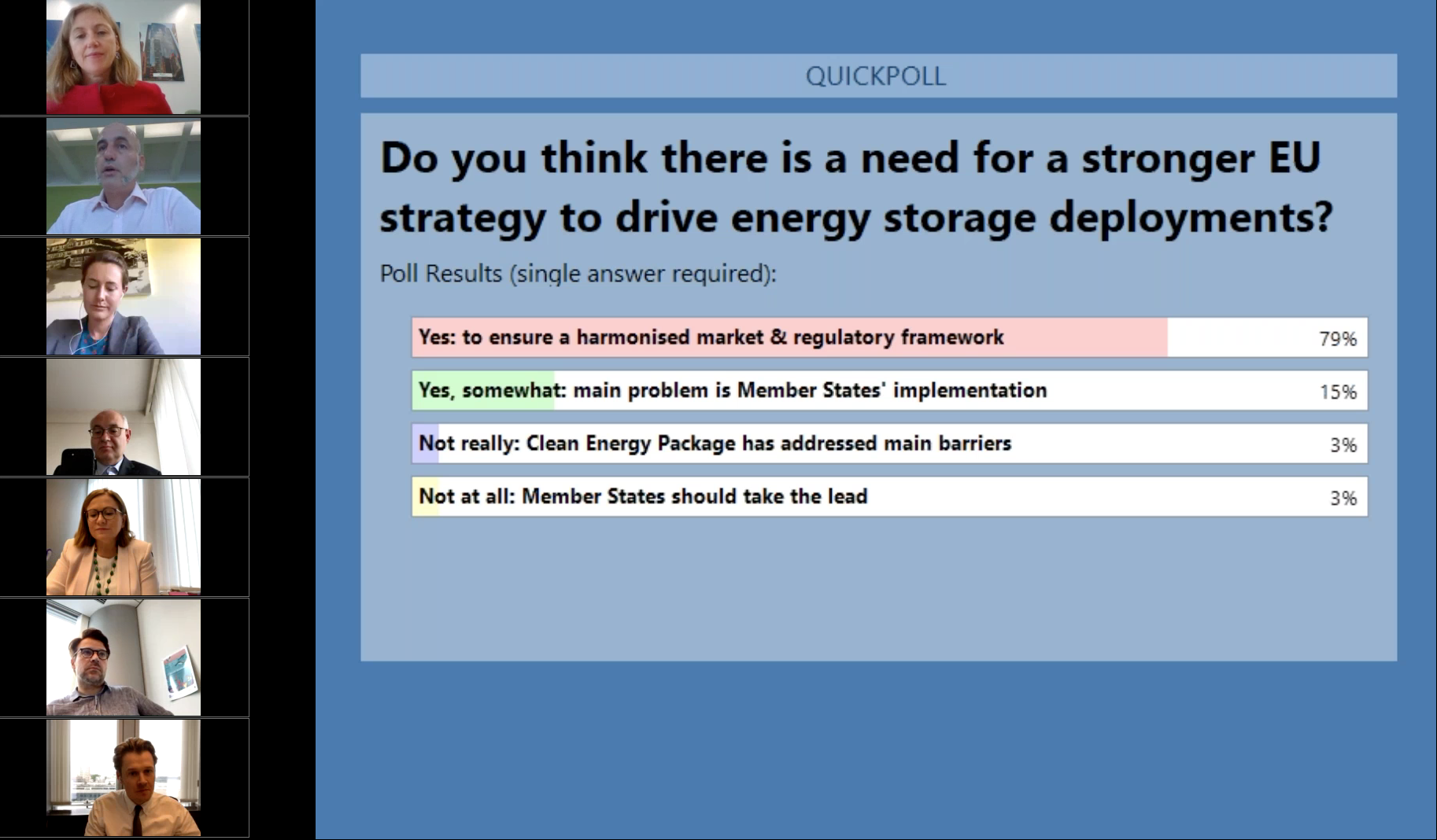 Following their remarks and questions from EASE’s Patrick Clerens, the European Commission’s principal adviser to the Director-General for Energy Dr Tudor Constantinescu responded with a brief overview of how the EC is looking at energy storage.

According to the adviser, the EC “very much welcomes” the European Parliament’s resolution on formulating a comprehensive approach to energy storage. At a technology level, but also in terms of developing policy understanding and direction at European level, Constantinescu said it was “a very good approach which will help commission and member states, including the most vulnerable ones.”

Constantinescu agreed that Europe needs to do more to “make storage an integral part of the energy system,” through a technology neutral approach, although he conceded that it appears electrochemical storage at present seems to have the most potential for renewables integration today.

Agreeing with the assertion from the MEPs that a whole system-level approach needs to be created, the EC adviser said that energy storage in the energy transition has “a key enabling role which has to be exploited”.

“On one hand we have to remove existing barriers, on the other we have to create a level playing field. The Clean Energy Package tries to do this – we still need to develop network codes, flexibility regime and all that. We need to develop incentives for all technologies to play their potential role in an optimal way,” Constantinescu said.

While the EU Green Deal proposals are still on the table and the COVID-19 pandemic still ongoing, Constantinescu said that both the need to invest in clean and renewable technologies and stimulate economic recovery from the coronavirus-induced recession “work together very well”.

Finally, he said, the energy transition must work to the benefit of all stakeholders. The co-existence of large energy production facilities with distributed ones will “be a challenge,” but energy storage can support both.