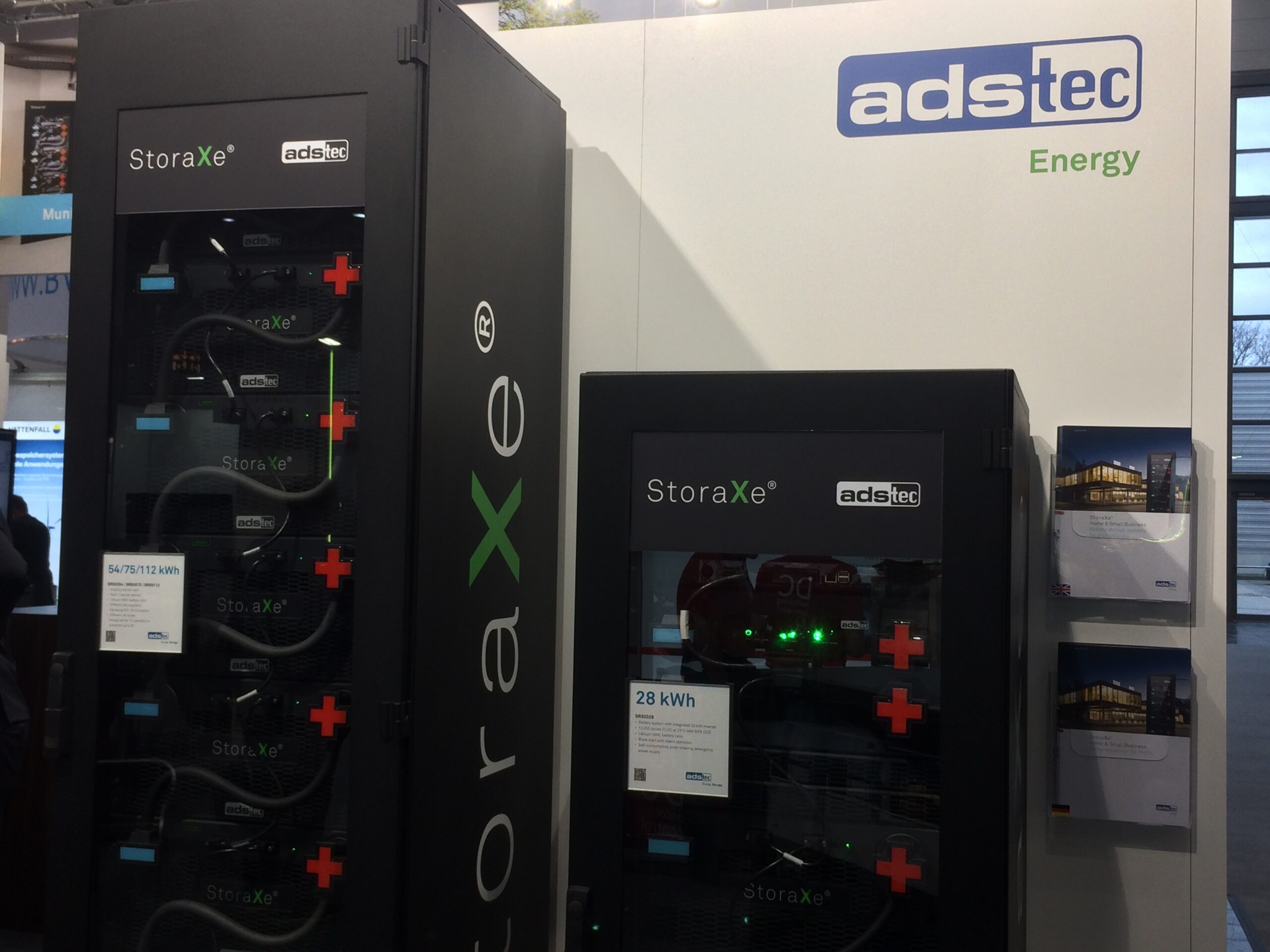 Germany has taken on its ‘Energiewende’ (‘energy transition’) for decades now and this year, as with last year, at the international conference and exhibition held in Dusseldorf, great emphasis has been placed on the role of energy storage as the Energiewende moves from phase 1 – to rapidly deploy renewables at scale – to phase 2: integrate those renewables seamlessly.

“Germany started quite early with wind energy and solar PV. There were a lot of subsidies, where it was very attractive to sell power to grid companies, but these programmes are running out of time,” Andreas Schimanski, head of sales at German energy storage solutions provider Ads Tec says.

“The wind and PV installations are still working fine, but contracts are ending and so there’s nothing left to sell.”

With lower, or no subsidies in place for exporting energy to the grid, self-consumption – using your own power generated onsite – becomes more and more attractive, as Schimanski and others pointed out.

Self-consumption and smart use of household power could be key to the role of household batteries, while the show and its organisers pushed forwards the idea of sector coupling throughout the show. Basically coordinating energy demand and then supply across electricity, transport and heat. Numerous providers and diverse technologies were on display, including related energy storage technologies such as clean hydrogen production and related applications for batteries, such as deployment at EV charge stations.

“When you look at the whole masterplan for the Energiewende, we want to rely only on renewables. And that goal, we can only achieve with better system integration of energy storage technologies,” Valeska Gottke, a senior expert in communications and markets for Germany’s national energy storage trade association, BVES, told Energy-Storage.news.

“You can only achieve 100% renewables and have success with the Energiewende if you look at all three different energy sectors: electricity, heat and mobility. Renewable energy may be mainly brought into the system through the electricity sector. We then need to ‘translate’ that electricity to heat and to mobility. Energy storage technologies can do that, this so-called flexible sector coupling.”

According to Gottke, the number one issue that BVES’ member companies have in terms of their business models in Germany is the regulation, with some 68% of members surveyed arguing that it is the single biggest barrier to business.

Gottke said that current regulatory regimes were designed for a centralised system of energy networks, without energy storage. As such, many consider it unfair that energy storage, definable as neither production, consumption nor transportation of energy, the three separate categories of the old centralised grid.

“Storage doesn’t fit into these four categories. Storage is storage. It doesn’t produce or consume energy, it’s like this time component; it stores energy produced somewhere else and can be used at some other point in time or some other location,” Gottke said.

“The old regulatory framework cannot capture this real nature of storage, it often defines storage as a consumer and then what is weird is that once a produced kWh is stored in the storage system, it is consumed and then when you release from the energy storage solution to the end user, then its consumed again.”

BVES has reported figures for sales of energy storage systems in Germany that imply the market is nonetheless still very active. Meanwhile Hans Schmitt, senior sales manager with AEG Power Solutions, said that while the regulatory double-charging is a challenge to business models, progress made over the past decade in energy storage technologies and system integration will help the sector gather momentum.

“When this show started it was not a market. It was more about people with a strong belief that storage is something we have to care for. Now it’s becoming more and more a real industryand it marks more or less 10 years of continuous evolution.

“It’s seen as an asset in the energy infrastructure which you need and which you need more and more as the renewables are growing, as more storage becomes an issue,” Schmitt said.

“Everybody says regulation [is the biggest market barrier], but the most important move from my point of view was the decision to remove the coal power plants from the energy mix in Germany. This is now giving this industry a real future because 15-20 years from now we can reply completely on renewables, and that means storage. They need to have regulations which will pay off somehow. I think for the sake of stability of the system, they need to be ready to pay for the service.”