Energy storage and EVs: ‘Batteries on wheels’ and ESS for charging stations 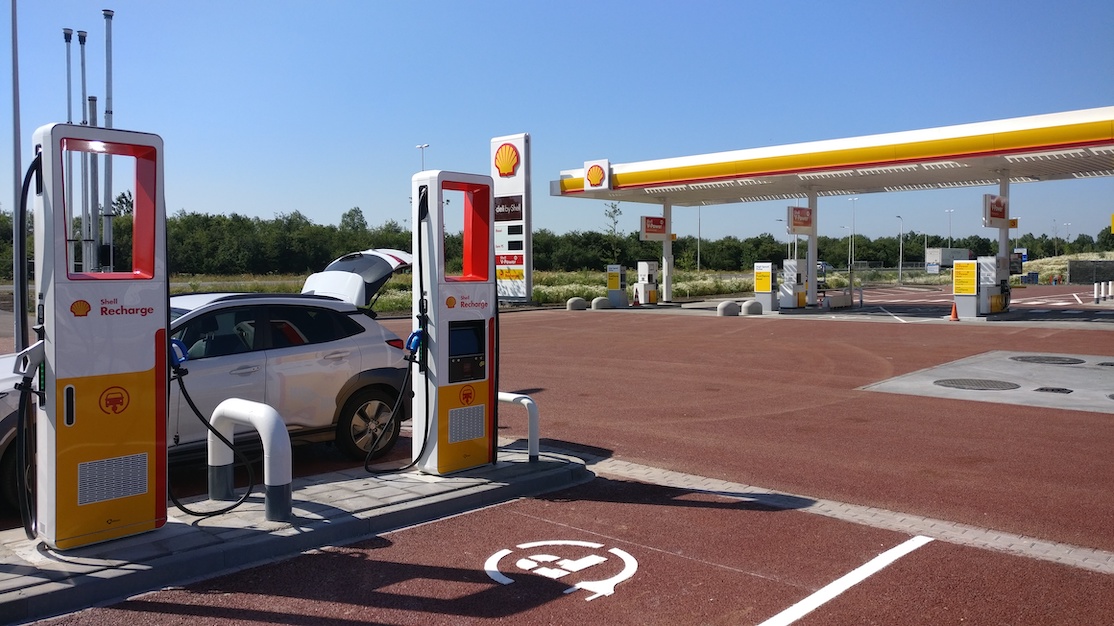 A number of projects have been announced in the past couple of weeks highlighting the link between the stationary energy storage space and electric cars – aka “batteries on wheels”.

This week, the successful execution of a vehicle-to-grid (V2G) showcase project in Germany where Nissan Leaf EV batteries were used to store locally generated renewable energy, was announced.

Project partner The Mobility House, which provided the software to manage and aggregate the EV batteries in partnership with grid operator TenneT, emailed Energy-Storage.news about the project, which was supported by the Germany Ministry for Energy and Economic Affairs’ “Smart Energy Showcases – Digital Agenda for the Energy Transition” (SINTEG) programme.

The Mobility House's representative told this site that the cars’ 40kWh battery packs were used to help integrate wind power generated in northern Germany. The Nissan Leafs (Leaves?) were used to showcase “a vital solution for an increasingly common challenge in the German energy market; where energy is lost due to transport bottlenecks caused by the decentralised feed-in of renewable energies,” which in 2019 accounted for as much as 46% of that production, The Mobility House said.

TenneT has so far had to limit the use of that wind production in the north, while having to increase thermal power generation in southern Germany, which has a high cost, especially during peak times. Instead, by feeding back energy from the car batteries in those peaks, the increased use of fossil fuel energy was avoided.

A panel at last week’s Energy Storage Summit in London, England, heard that while V2G technology remains of high promise, some barriers still remain. One of the most significant barriers remains that only Nissan has so far allowed for the warranties on its EV batteries to be used in this way.

Of related interest has been the deployment of stationary energy storage battery units as ‘buffers’ to the use of ultrafast-charger units for electric vehicles.

A few weeks ago, Dutch ESS provider Alfen teamed up with fuel vendor Shell to deploy a 350kWh battery storage system at a forecourt in Zaltbommel, the Netherlands.

Like more conventional stationary energy storage systems on the grid, the unit can offer grid-balancing services, in addition to enabling more power can be provided for charging cars than can be provided by the grid, even at peak times.

“The benefit to adding energy storage to such a location is you can provide optimal services for your client. At the fast charging locations, you want to make sure someone who parks their car there can charge in an optimal way, you want to be able to provide as high a charging speed as you can,” Adriaan Van Tets, an Alfen spokesman, told Energy-Storage.news.

“At some locations, there’s a cable in the ground that is not sufficient to provide these high charging speeds. The cable was originally put there just to power a fuel station, but not to charge a car at such a high rate. So there it makes sense to put an energy storage system and this can then optimise the charging speeds,” Van Tets said.

“At the same time, once you have the storage system installed there you can also provide additional services. So what we also see is our client using it to stack use cases, so not only just peak shaving, for instance, but also for grid stabilisation services.”

Also this month, Los Angeles, California-headquartered EV charger network provider EVgo announced the opening of its 800th fast-charging location in the US. The company said that many more are to come, claiming that all are 100% renewable energy-powered. EVgo also pointed out the connection between stationary energy storage and the charging of these batteries on wheels.

Indeed there are plenty more examples of this link between EV batteries that move and stationary battery packs that do not. One other notable very recent example was another Alfen project, this time with domestic and small-scale commercial energy storage provider, UK-headquartered Moixa, in February.

Moixa’s artificial intelligence (AI)-backed software, GridShare, has been integrated with Alfen chargers, allowing residential EV chargers to not only create “smart charging plans based on household energy consumption, locally-produced solar PV energy and optimisation for time of use tariffs” but also enabling the batteries in the EVs to provide flexibility to the UK grid.

“Smart charging will be essential for supporting the acceleration of EVs onto the UK market. Up to a fifth of new cars will be EVs by 2026 and up to 36 million ‘batteries on wheels’ are forecast to be on UK roads by 2040,” Moixa CEO Simon Daniel said.