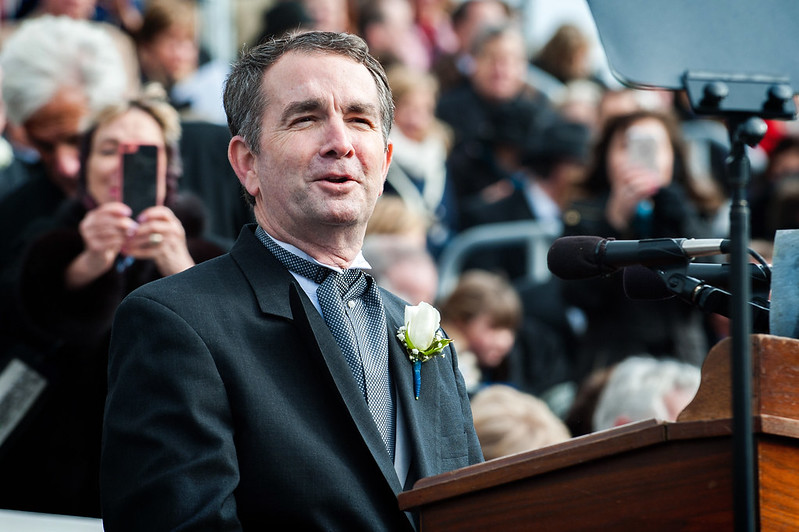 Ralph Northam at his inaugural address in 2018. The Virginia Governor recently signed an act that targets 100% clean and renewable energy by 2050, including a 3.1GW energy storage procurement target.

In light of Virginia’s goal to go 100% renewable and clean energy by 2050, utility Dominion Energy has issued a Request for Proposals (RFP) for 1,000MW of onshore wind and solar and up to 250MW of energy storage as well as laying out longer-term plans.

Subsidiary Dominion Energy Virginia filed its newest Integrated Resource Plan (IRP) at the beginning of May, which sets out the company’s 15-year plan for its energy mix. Targeting 24,000MW of new offshore wind, solar energy and energy storage in total over that period, the utility said that amounts to a 300% increase in solar and wind capacity and a 700% increase for energy storage.

This includes growing the Dominion Energy Virginia solar fleet by 16,000MW over the next 15 years through development and procurement, as well as adding over 5,000MW of offshore wind by 2035. The latter figure includes the already-announced 2,600MW Coastal Virginia wind project, which is expected to be in service by late 2026.

While the state’s target for energy storage procurement is 3.1GW, Dominion Energy Virginia said on Friday that it will be responsible for 2,700MW of that figure. The company embarked on its initial pilot battery energy storage projects, adding up to 16MW of output across four plants, after those pilot plans received approval in late February. In a recent Guest Blog for Energy-Storage.news, Sara Baldwin, VP for regulatory affairs at the US Interstate Renewable Energy Council noted that Virginia is already also among US states to have “taken steps to address energy storage in interconnection standards”. Baldwin wrote that this is “key to setting the stage for strong energy storage market growth in the years to come”.

“We are putting Virginians to work on renewable energy projects that will create thousands of jobs, transforming the environment and the economy of the Commonwealth,” Blue said, while the parent company is also targeting net zero emissions by 2050.

Dominion Energy Virginia said it expected its residential retail electricity rates, which are currently about 10% below national average, to keep pace with historic rates of inflation in rising about 3% per year. The utility also said its IRP is contingent on the continuing operation of its fleet of four nuclear power plants, while the plan also incorporates energy efficiency measures to meet the Virginia Clean Economy Act’s target of a 5% reduction in energy sales by 2025.