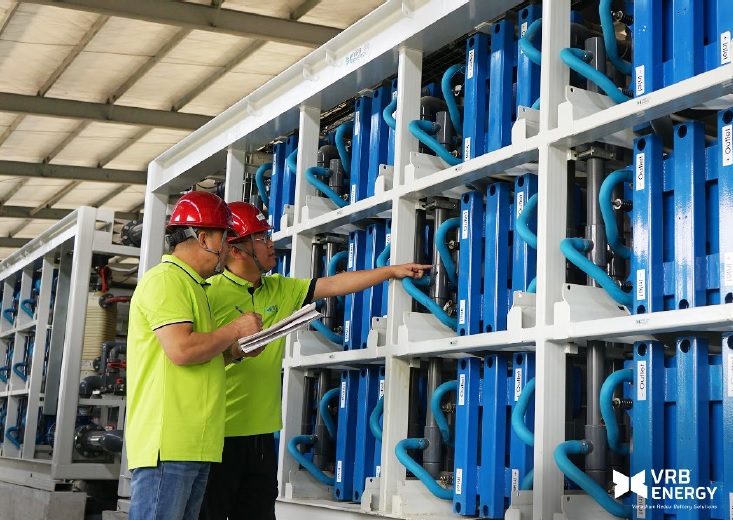 Vanadium redox flow battery maker VRB Energy has begun commissioning a 3MW / 12MWh energy storage system project in Hubei, China, which is expected to help serve as a demonstrator for much larger projects to come.

The project, Hubei Zaoyang Storage Integration Demonstration, is being used to demonstrate the use of storage systems in combination with solar PV. It is being installed in Zaoyang, Hubei Province and is planned to eventually reach 10MW / 40MWh. VRB Energy said yesterday that the demonstration project’s first 250kW / 1MWh battery module has been successfully commissioned.

It could then lead to the development and deployment of a 100MW / 500MWh vanadium energy storage system that would form “the cornerstone of a new smart energy grid” for the region, Energy-Storage.news reported in November 2017 as the demonstration project was awarded. The Hubei project is one of a number of pathfinders being commissioned in China.

The China National Development and Reform Commission (NDRC) has called for greater investment in flow batteries and set up programmes to develop vast projects in excess of 100MW capacity each. One such project already under way is a 200MW / 800MWh vanadium energy storage project in Dalian Province, by Chinese system manufacturer Rongke Power and UniEnergy Technologies (UET).

VRB Energy is one of a handful of makers of flow batteries, which can use a range of materials including vanadium and zinc bromine as electrolytes to create long duration solutions for storing energy that go beyond the 1-4 hours commonly associated with lithium-ion battery systems. The company was formerly known as Pu Neng in China but has now rebranded under the VRB Energy banner. Hubei Zaoyang Storage Integration Demonstration project customer Hubei Pingfan meanwhile is a mining and minerals company with an interest in vanadium.

“The Chinese government I think in particular is happy to incentivise or call out vanadium like this. They want to push a number of technologies, but there is an awful lot of vanadium resources in China, both from mine sites and from steel slag recovery. They’re trying to seize that as a good and natural fit, they don’t have a lot of lithium. They have a lot of lithium manufacturers but not a lot of lithium itself, or cobalt, or nickel even,” Jim Stover said.

The Hubei project will operate on fairly simple principles. It will allow Hubei Pingfan to perform arbitrage on its electricity use – in other words reducing the Hubei Pingfan industrial facility’s draw from the grid at peak times and more expensive tariff rates. While it looks certain to be dwarfed in size within a few years, when Phase 1 is completed at the end of this year, the project will be utilising China’s biggest flow battery system so far. VRB Energy is majority-owned by High Power Exploration, a metals-focused exploration subsidiary of global power technology group I-Pulse. 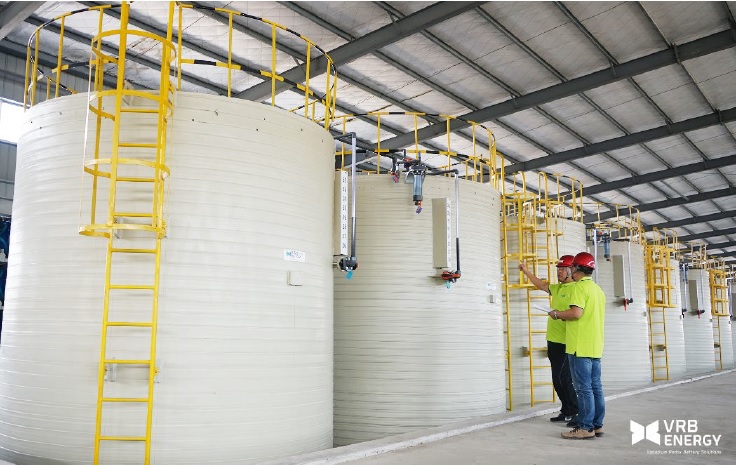